What kind of man is a Playboy? He has charm, a sense of humor and he knows how to wear cufflinks. The Playboy does not presuppose a hierarchy between sex, literature and style. His screwball charm is more William Powell than pick-up artist, and what he looks for in a woman is a partner in crime, a “playmate” for his wild parties and fantastic adventures. The Playboy is a perpetual bachelor and the leading man that Hugh Hefner turned into an empire.

With unprecedented access to Hugh Hefner’s personal archive, “American Playboy: The Hugh Hefner Story” is a new ten-part documentary series for Amazon, premiering this Friday. Using rare archival footage that dives deep into Hefner’s life, the series works as much as a fantasy recollection as it does a true history of Playboy magazine. Hefner stands as the singular figure and central voice of the series, guiding the fantasy along with a winking narration that offers context to the many dramatic recreations. Unreliable glamour rides high as these recreations muddy any sense of truth, a frustrating way of exploring a singular man who built the world of his imagination. For better and worse, the series’ performative quality stifles a clear sense of reality, paying tribute to Hefner’s strong grasp of fantasy as it embraces a cinematic framework. 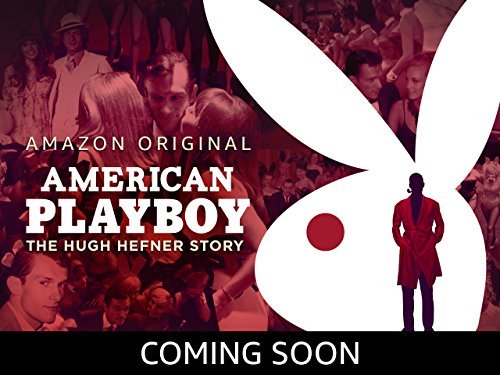 Reality and performance meet in one of the best sequences of the first two episodes. Playboy was in its second year and the calendar girl pin-ups were becoming stale. Inspired by a suggestion from Charlaine Edith Karalus, his employee and lover, Hefner decides it is time the magazine starts shooting their own centerfolds. Blurring the line between work and play, Hefner manages to convince Charlaine (dubbed Janet Pilgrim for her spread) to become the first “playmate” for the magazine. With her blonde hair and red lips, Charlaine bears a passing resemblance to the original Playboy cover girl, Marilyn Monroe, but unlike the screen Goddess, “Janet” is quite literally the girl next door. While it goes unmentioned in the documentary, the insinuated and blurry presence of Hefner in the background of the image was his first step towards becoming the magazine’s creative force and ambassador—a man who lived, worked and played by the masculine codes of the Playboy lifestyle. Iconic in both looks and concept, this moment is where Playboy as we know it was born.

The documentary series thrives when it examines the history of sex in America and how Playboy challenged that status quo. As much as it frames Hefner’s journey as an all-American tale of grit, resilience, and chance, it presents it within the scope of the changing conditions of the American dream. The first two episodes of the series chart Hefner’s early life and the first few years of the magazine, and contextualize what it meant to be a man in the post-war period and how Hefner sought to confront that ideal. These early episodes bask in the light of a vision becoming a reality, only hinting at the cost of living in a fantasy. The many recreations within the narrative add an air of cinema to even the most painful memories in these early chapters, pulling Hefner’s experience away from raw and painful realities. 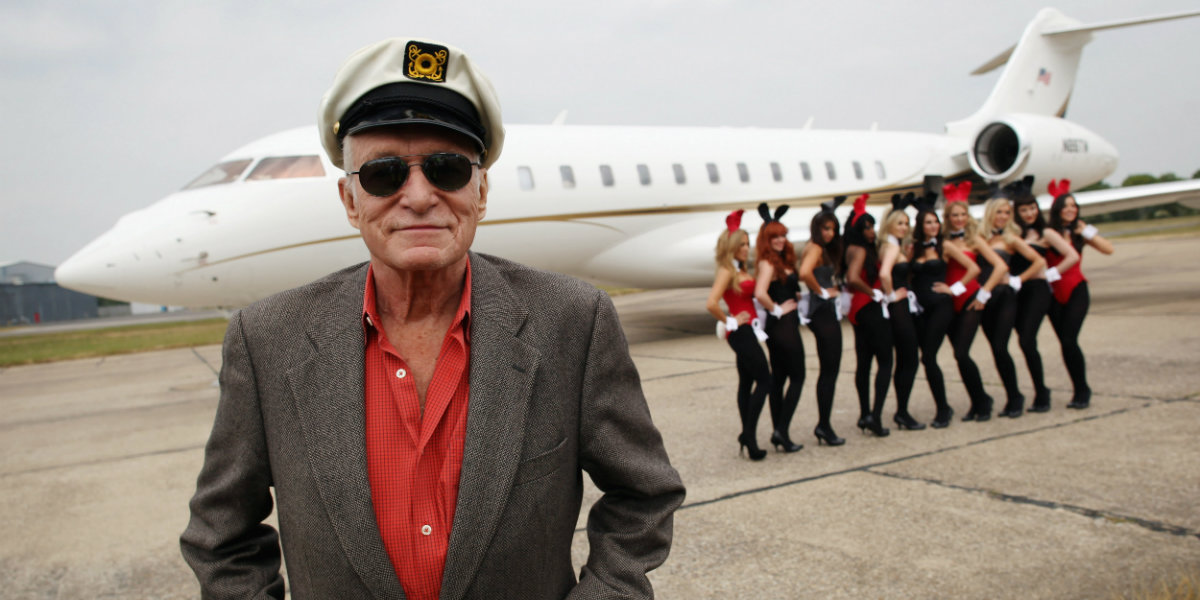 The best recreations emphasize the uncertainty of these early years. As Hefner recalls finding out his first wife (then fiancé), Mildred, had an affair, the recreations work as broad gestures. Sitting down for a movie, Mildred turns away from Hefner, unable to sit through the film. She runs to their car and confesses her sins and the physical space between them feels insurmountable. The honesty of their archival recollections attaches social meaning to what is ostensibly a simple and familiar story of heartbreak. Moving from interview to recreation, the montage evokes the atmosphere of sexual repression and social pressures of the late ‘40s, which inspired loneliness and mistrust in Hefner that helped pushed him to create the magazine.

Unfortunately, not all of the recreations work as well as this particular sequence. Often feeling old-fashioned, many recreations are stilted as artificiality overtakes meaningfulness. As Hefner’s own real presence rules the film through archival interviews and narration, the underdeveloped characterization by actor Matt Whelan feels more awkward than charming. While Hefner himself inspires complicated feelings, his natural charisma and reflectiveness hold a lot of power; his intelligence and authenticity often seem, quite paradoxically, unconcerned with image. This puts the young Whelan at a huge disadvantage when he is forced shot-for-shot to compete with the man he is pantomiming.

By the time this series airs in its entirety, Hefner will be on the verge of his 91st birthday and Playboy magazine will be nearly 64. The magazine seems to be experiencing a brief hiccup in its identity after briefly abandoning nudity in March 2016, only to scale back on that choice a year later, announcing in the most recent issue “Naked is normal.” At its best, Playboy has always pitted itself against the status quo, and, in the age of easily accessible internet pornography, its nudity seems quaint. While magazines like Teen Vogue have found ways to reinvent themselves for a new world, it doesn’t seem that Playboy has. Even as this new documentary series, as beautiful and thoughtful as it can be, embraces a new distribution platform like Amazon it feels very much of the past—a thorough and fascinating portrait of a man and his dream that fails to truly challenge perceptions, at least in its earliest episodes.