Living in a Burning House: The Brilliance of “The Americans”

FX’s “The Americans,” entering its fourth season this Wednesday, March 16th, has moved beyond traditional dramatic plotting and structure to become something more akin to a novel. Layered in ways we only see in our best television, “The Americans” transcends its espionage show genre to become something more relatable while never forgetting to also be a wildly entertaining story of spies and the people trying to catch them. Each season of “The Americans” has evolved into something greater, deepening the themes of regret and anxious dread. At this point, these are the driving forces for Phillip Jennings (Matthew Rhys), a man haunted equally by ghosts of his past and ghosts of those he’ll have to kill in the future. His daughter Paige (Holly Taylor) now knows he’s a Russian spy undercover in 1980s America. He has started attending EST meetings, which have brought repressed memories to the surface, and forced him to question his purpose. Is he a killer or a loving father? Can he be both?

“When you do what we do, it’s very easy to lose your bearings,” says Gabriel (Frank Langella), the handler for Phillip and Elizabeth Jennings (Keri Russell). To say that Phillip has lost his bearings would be an understatement. Always the more reticent of the suburban spies, he opens season four pulled between a violent past and his desire to protect his daughter. At the end of season three, she not only learned the truth about her parents but told her spiritual leader, Pastor Tim (Kelly AuCoin). In any other circumstance, someone who knew the truth about the Jennings would be killed, but they can’t eliminate their daughter’s Pastor, for practical not just moral reasons—Paige would certainly know and it would make inducting her into the spy game that much more difficult. So, Phillip and Elizabeth have to go on in a world in which they know someone knows their secret.

As if that’s not enough tension, Phillip has started having memories of a murder he committed at a young age, inspired by the EST meetings that he’s been attending. Those meetings have also drawn him closer to Sandra Beeman (Susan Misner), which inevitably catches the eye of FBI agent Stan Beeman (Noah Emmerich), who is still trying to get Russian Nina Krilova (Annet Mahendru) back from the USSR while also dealing with the revelation that a bug was placed in his office. As they try to get closer to the inside woman of the FBI, Martha (Alison Wright) comes to terms with the truth she learned about Philip’s double identity. 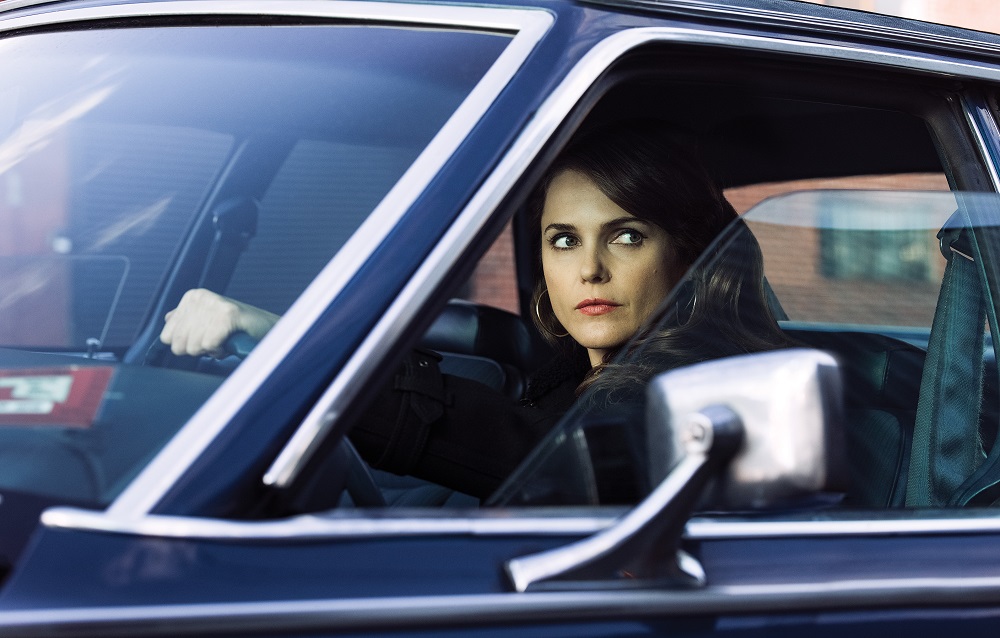 On top of all of this, the Jennings are tasked with meeting with an informant (the perfectly cast Dylan Baker) who is dealing in biochemical weaponry. In the first episode, he passes them a vial of something called Glanders, which is deadlier than the bubonic plague, and protected in a tiny vial and bubble wrap. For the first few episodes, it becomes a brilliant symbol for the impending doom that faces the Jennings on a daily basis as they can’t get rid of it and it could kill them any minute now. It’s the bomb in the middle of the room—their guy in the Members Only jacket sitting at the counter who could be waiting to shoot Tony Soprano.

“The Americans” has become an existential spy drama. It’s a show about identity, family, marriage, and free will vs. the safety of doing what you’re told—all wrapped in the fabric of an ‘80s spy movie. Over three seasons (and four episodes I’ve seen of the new one), we have watched Philip Jennings, one of the most fascinating characters of modern television, implode. He is a man caught between duty and family, far from a typical TV anti-hero. We have seen, and these new episodes include, Philip commit cold-blooded murder of innocent people. And yet the writers of “The Americans”—and the wildly underrated Rhys—keep us engaged in this story, concerned for the future of two people who are essentially trying to bring down the United States from within. And yet they are also us. They are father, mother, friend, co-worker, husband, wife—as well as being spy and killer. It is that depth of character and nuance in the writing that elevates “The Americans,” along with its willingness to offer stunning narrative developments. It’s never easy to tell where “The Americans” is going, but I’m now convinced that when we close the final chapter of this televised novel we may finally appreciate one of the best shows we’ve ever seen.

Note: The third season of "The Americans" was just released on DVD if you need to catch up. Special features include deleted scenes and "The Cold War for Paige."