Lee Daniels’ particular brand of soapy drama takes significantly more acting chops to pull off than people might expect. There’s an art to selling melodramatic inconsistencies in character and ridiculous dialogue. No one does it better than Taraji P. Henson on “Empire,” and she’s the main reason that show has been such a remarkable hit. Selling cheesy, soap opera dialogue takes a certain set of skills possessed by people like Henson, Terrence Howard, and some of the more experienced stars on Daniels’ new show “Star,” premiering tomorrow night on FOX. Sadly, “Star” focuses most of its energy on a trio of relative newcomers, and they simply can’t peddle lines like “I killed that man for us. Now we can focus on our dream.” And almost as if they can tell that the scripts for the three episodes of “Star” screened for press are just no good, these young stars try to overcompensate by going into overacting mode.

“Star” displays no pretensions in the way it presents its exaggerated cast of characters. The center of the show is the title character (newcomer Jude Demorest), a foster kid who basically decides to entirely change her life one day. First, she’s going to find her sister Simone (Brittany O’Grady), who Star rescues from a horrible foster situation. Then Star & Simone track down a girl that Star met on Instagram, Alexandra (Ryan Destiny), and, of course, they form a superpowered girl group. 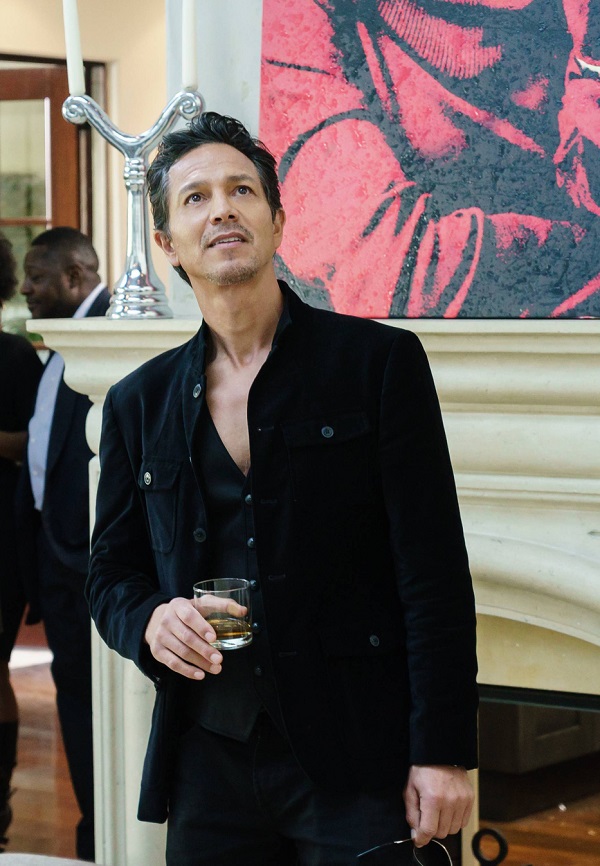 The trio of Destiny’s Child wannabes make their way to Atlanta, where Simone & Star’s mother was once the next big musical thing, before addiction got the best of her. They shack up and work at the salon run by their mother’s best friend and musical partner, Carlotta (Queen Latifah), and end up on the radar of a down-on-his-luck talent agent named Jahil (Benjamin Bratt). Of course, Jahil and Carlotta have a history (he tried to manage her and Star’s mom years earlier too). Of course, Simone inherited her mother’s addictive personality. And I haven’t even mentioned that Alexandra’s keeping a secret about her father’s identity as a superstar musician (played with remarkable indifference by Lenny Kravitz).

And it wouldn’t be an “Empire” wannabe if it didn’t break out into remarkably well-choreographed musical numbers every now and then. The musical numbers are somewhat fascinating in how much they stand out from the rest of the show (as if it’s all the producers really care about and then they just build the rest of the program around them). When the girls get to an amateur night singing contest in the premiere and take the stage for the first time, they are so remarkably produced and autotuned that you just have to laugh at the Daniels-esque extremity of it all. There’s nothing amateur about it. The musical numbers, including an extended dance sequence to Dee-Lite’s “Groove is in the Heart” in the second episode and a fun hospital dance number in the third episode, have an energy, consistency and genuine playfulness that’s too often missing from the rest of the show. The problem is really that there aren’t enough of these sequences (and, as fun as they are, the songwriting isn't very good).

The grand majority of “Star” comes down to the drama between the girls and to say that it’s difficult to care about their arcs would be an understatement. The title character is remarkably inconsistent and poorly performed by Demorest. Her partners aren’t much more interesting. So, it’s one of those shows in which you keep waiting for the veterans to show up. On that note, Bratt is easily the MVP, having fun with the role while also, somewhat miraculously, grounding him in something genuine. Latifah is an underrated actress in general, but she’s not given enough to work with over the first three episodes, although that could easily change.

What won’t change is that the writing here just doesn’t pop and sizzle like “Empire.” The songs aren’t nearly as good and the leads aren’t as engaging. People often dismiss shows like “Empire” because their exaggerated plotting and soapy melodramatics make them easy targets. If “Star” does anything well, it’s in how good it makes “Empire” look by comparison.