There is much heaving and symbolic portent in Kurt Sutter’s “The Bastard Executioner,” premiering Tuesday, September 15th on FX, a network that really hopes this drama continues its creator’s popularity now that “Sons of Anarchy” has gone for its final ride. The King of TV violence returns for more adult drama, pushing the boundaries even further than he did on “The Shield” or “Anarchy.” Of course, “Bastard Executioner” opens with a vicious sword fight, complete with spraying geysers of blood and a naked woman; one half expects to hear a Steve Earle song. It’s not really a criticism to say that Sutter is working from a template similar to “Anarchy”—family betrayals, brutal violence, Shakespearian symbolism. In fact, this one feels even more indebted to Sutter’s clear love for Shakespeare. Sure, “Anarchy” was based on “Hamlet,” but this one has the flourishy language of the Bard as well. There’s a bit of “Hamlet,” a bit of “Macbeth,” a bit of “Henry V,” and a bit of “Game of Thrones”—thematically, Sutter is back in his wheelhouse, and that’s what was likely most appealing to FX, and will be to those who miss Jax Teller and the gang. 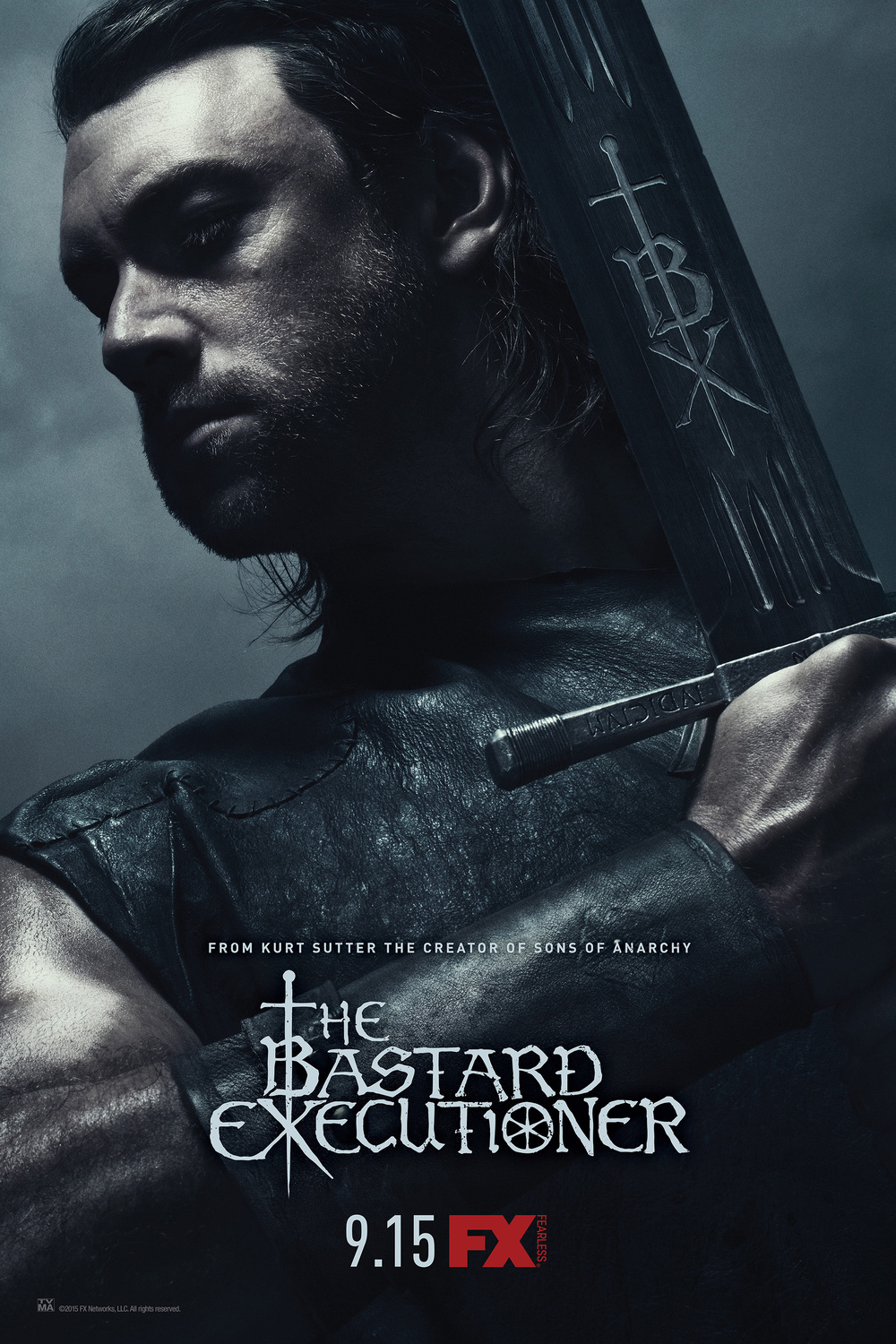 “The Bastard Executioner” takes place in 14th Century Wales, in a time of great battle. Everyone is heading to battle or returning from battle. Our lead this time is Wilkin Brattle (an effective Lee Jones), a man who, in ways I won’t spoil, ends up becoming the executioner. While visions portend a mysterious destiny for our hero, he must deal with a leadership he despises, led by the nefarious Chamberlain Milus Corbett (Stephen Moyer, surprisingly entertaining here given how much he never really worked for me on “True Blood”) and the Baroness Lady Love (Flora Spencer-Longhurst). He is also guided by a mysterious woman named Anmora (Katey Sagal), and has regular visions of bloodshed and horror.

It’s not a stretch to say that dialogue was never Sutter’s strongest suit, and so drawing attention to language designed to sound Shakespearian in its importance can make “The Bastard Executioner” a little silly. It’s lacking the sense of humor and wit that a character like Tyrion brings to “Game of Thrones” in that every line and every exchange drips with self-important quips like “I live with the terror of your betrayal every day.” The flowery prose amplifies Sutter’s greatest weakness, but his skill with actors—often underrated on “Sons of Anarchy” and owing a great debt to the directorial expertise of Paris Barclay—shines through here. Jones is an effective lead, and the supporting cast is solid throughout, even if I’m far from convinced by Sagal’s accent. Sutter and Barclay have always found ways to get to the primal hearts of their casts, allowing them to bare all in ways that make the extreme nature of their plotting entertaining.

How does a good man kill for a living? How does he do so for a government he sees as corrupt an evil? These are solid questions for a drama, even if it’s a bit too early to tell if “The Bastard Executioner” will ever answer them satisfactorily. After three episodes, this show is on a razor’s edge. It could easily tip into a parody of itself, as the writing isn’t strong enough to get us through long passages of dialogue like in “Game of Thrones”. And it needs to stop taking itself so seriously. Have some fun with it. Nod to your fans. Bring in Jimmy Smits for a cameo if you have to (he came in at just the right time to inject some life into “Sons of Anarchy” when it needed it). Loosen it up. Even Shakespeare had some fun every now and then.