Hulu's "The Path" Examines Family Through a New Lens

It won’t take long for viewers of Hulu’s new drama, about a seemingly well-intentioned cult hiding dark secrets, to start drawing parallels to Scientology. But in the midst of all the rumors of covered up murders, kidnappings and strange contraptions that help you “align” yourself, "The Path" (premiering Wednesday) is less about any cult or specific religious movement and more about family. And really, that’s exactly what should be expected from creator and former "Parenthood" writer Jessica Goldberg and executive producer Jason Katims ("Friday Night Lights"). It’s not a total bait-and-switch. There’s plenty of juicy, cultish conspiracies to feed those tuning in for the more sensational elements, but they largely serve as a conduit to deliver stories about the always complex relationships between husbands and wives, parents and children—just with the added drama of a potential FBI investigation looming overhead.

The Meyerist Movement, the fictional collective at the center of "The Path," first presents itself as a somewhat innocuous collection of new age ideas and practices. The followers talk a lot about the power of "Truth" and "Light.” They indulge in marijuana and attempt to heal deep psychological wounds by traveling to Peru for enlightening ayahuasca trips. Their desire to shut out the negativity and darkness of the world as they climb the rungs of The Movement's symbolic “Ladder" is at once naïve and admirable. But, of course, this is a show about a cult, so underneath every folksy, family-focused, buzzword-filled platitude that members spout around their densely populated dinner table lurks something quietly sinister. 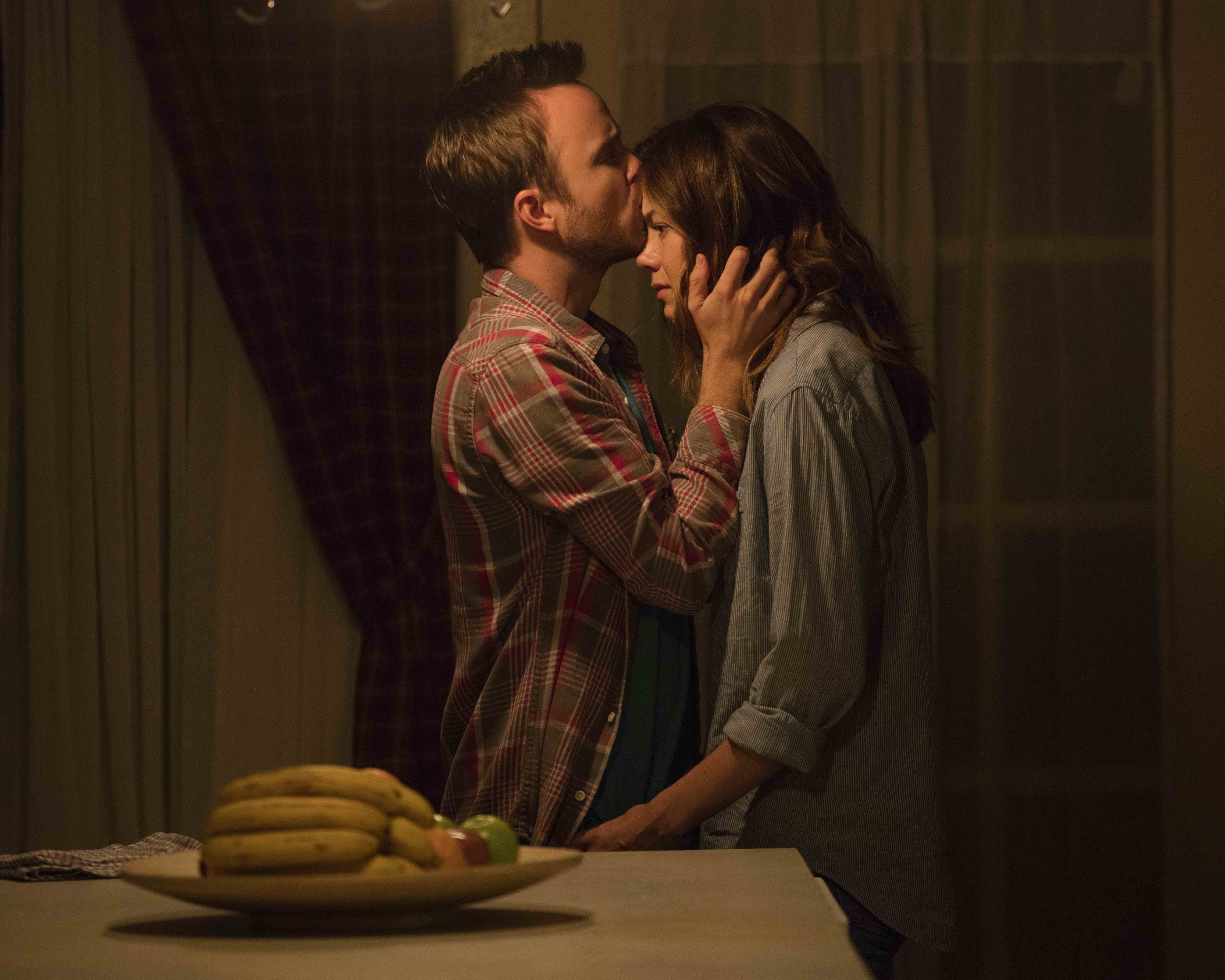 We're lead into the dark side of Meyerism by Eddie (Aaron Paul), who joined the movement as a young man after losing his brother to suicide. He's just returned home to upstate New York after a three-year retreat in Peru. His wife Sarah (Michelle Monaghan), who was born into Meyerism and is the picture of a true believer, senses a distance in her husband and is concerned that something happened in South America. She's right, but while Sarah worries about the possible temptations of another follower, Eddie's trip unearthed something far more disturbing that forces him to reconsider his commitment to the faith that his entire life and family is rooted in.

Meyerism itself is also facing something of crisis, one that only a few key members are even aware of. Their founder, Stephen Meyer (Keir Dullea), who they refer to as the Guardian of the Light, is said to be in Peru, writing the last three rungs of The Ladder. In his absence Cal (Hugh Dancy) has been appointed to "watch over" the flock. While he's exceedingly charismatic, even those who know him well question Cal’s relationship with the power this position grants him. Their fears aren't unfounded, as it's not long before he begins seizing the opportunity to make changes to the way The Movement recruits and operates. Like the faith he now finds himself leading, Cal is hiding a lot of darkness underneath his generally agreeable exterior. It's unclear how much of that may manifest in Meyerism as he takes more control over its future. 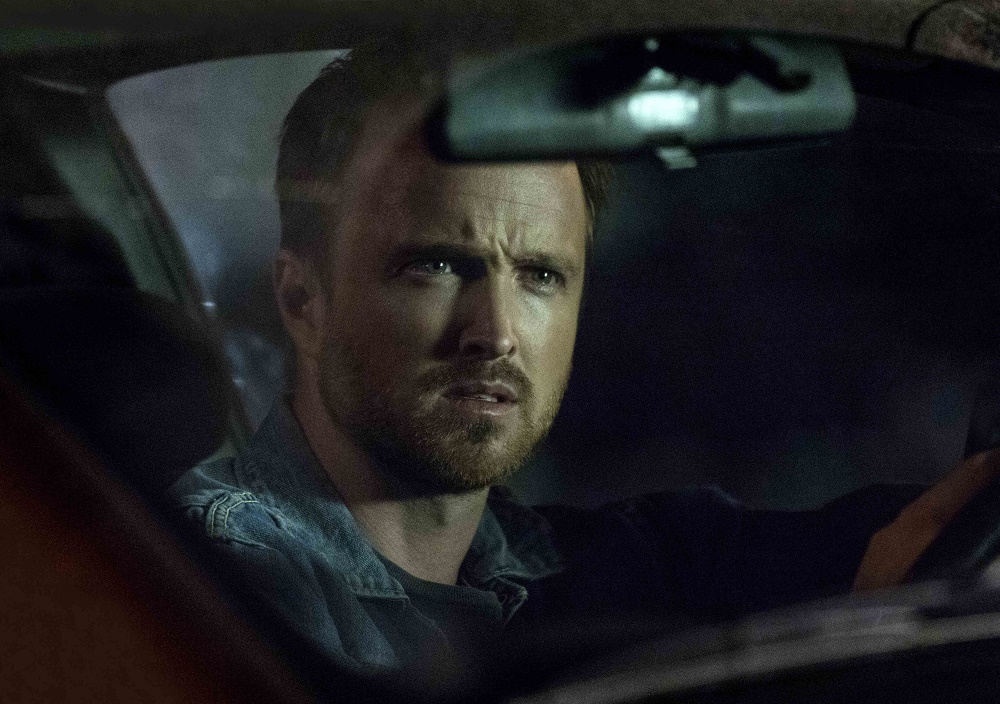 Thanks to some deliberate pacing and an ensemble cast with varying levels of commitment and involvement in Meyerism, "The Path" does a commendable job of luring the audience in with The Movement's more admirable qualities before revealing its true potential for harm. It can be heartwarming to hear members talk about how Meyerism helped them work through exceptionally dark periods of their lives. But over time, you begin to notice that that's the rule, not the exception, hinting at a recruitment strategy that largely consists of scavenging the countryside for victims of tragedy. The show opens with an extreme example of this, as several white vans, emblazoned with Meyerism's iconic Eye, roll into a New Hampshire town that's been savaged by a tornado. They quickly pass out bottled water to thirsty storm victims and promise to help find their missing loved ones. And just when you're moved by their kindness, you realize that they're quickly leading these people into their creepy white vans—driving them off to who knows where, to do who knows what.

There are lots of opportunities for "The Path" to get overly mired in the conspiratorial elements of Meyerism’s more cultish qualities. Thankfully, that doesn't happen too often, as the show is far better at slowly building out this strange but entirely relatable world that could so easily exist within our own. Series creator Jessica Goldberg helps us connect with Meyerism by making us care about Eddie, Sarah and their children, knowing that if, at any point, Eddie gives into his doubts about The Movement, it will shatter their idyllic family. In a lesser portrait of the Lane family, Michelle Monaghan’s Sarah could easily be painted as either a villain or an exceedingly naïve follower whose primary commitment is to her faith. But despite her strong belief in Meyerism she is, at her core, a fiercely protective character intent on taking care of her family and those that come to The Movement seeking guidance, even if it means disobeying the rules.

While the series' family dynamics are reminiscent of Goldberg and Katims' history with weekly broadcast dramas, the slow unfurling of the intricacies of The Meyerist Movement is the type of content that feeds late-night binge fests. But unlike Netflix and Amazon, Hulu has committed to releasing its original programming on a weekly basis, which may work for their less serialized comedy programming, but could hurt a more languid series like "The Path." Whatever its destiny, this welcome addition to Hulu's stable of original programming is a uniquely engrossing family drama, as distinguished by strong character-driven writing and a talented ensemble cast.