Welcome to a special edition of the "Home Entertainment Consumer Guide," formed by a remarkable selection of new Blu-rays released this week. We couldn't wait. Generally, this is a bi-weekly column about the best new releases on Netflix, VOD, Amazon, Hulu and Blu-ray/DVD, but there's just too much to let you know about to keep it under wraps for another week. Two of the most notable Criterion releases of the year happened to hit stores this week, as did one of 2014's best films (a work that Godfrey Cheshire gave four stars). Add to those releases, the launch of two hit Summer films, and some of the funniest TV out there and we couldn't wait another week. You have to know now. 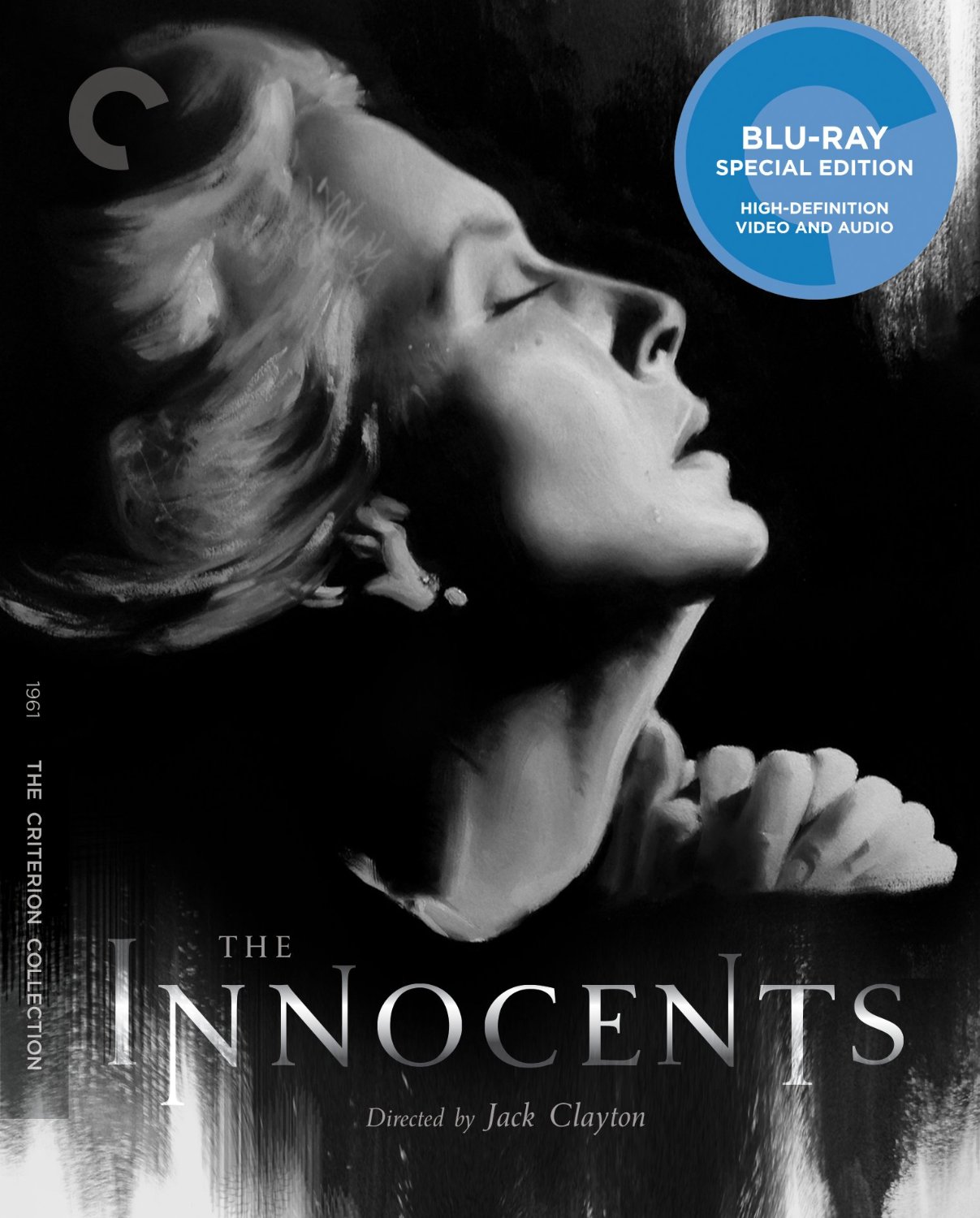 Every horror film producer should force his director and core technical team to sit down and watch the Criterion release of Jack Clayton's "The Innocents," an absolute, unqualified masterpiece (a word I don't use lightly). Just watch the first five minutes and take note of the sound design, mixed perfectly on this release. The song that technically begins the film pre-credits, the sound of crying, the whistling bird, etc. Every cue, every beat, every bit of character action, every musical choice has all been very carefully chosen, and its that dedication that's so often missing from modern horror. Clayton's adaptation of "The Turn of the Screw" is terrifying, the kind of film that was scary in 1961, is scary in 2014, and will be scare 50 years from now. And Criterion has perfectly remastered it. The release is a bit slight on special features, but the movie itself is still so powerful that it doesn't matter. A must-own. 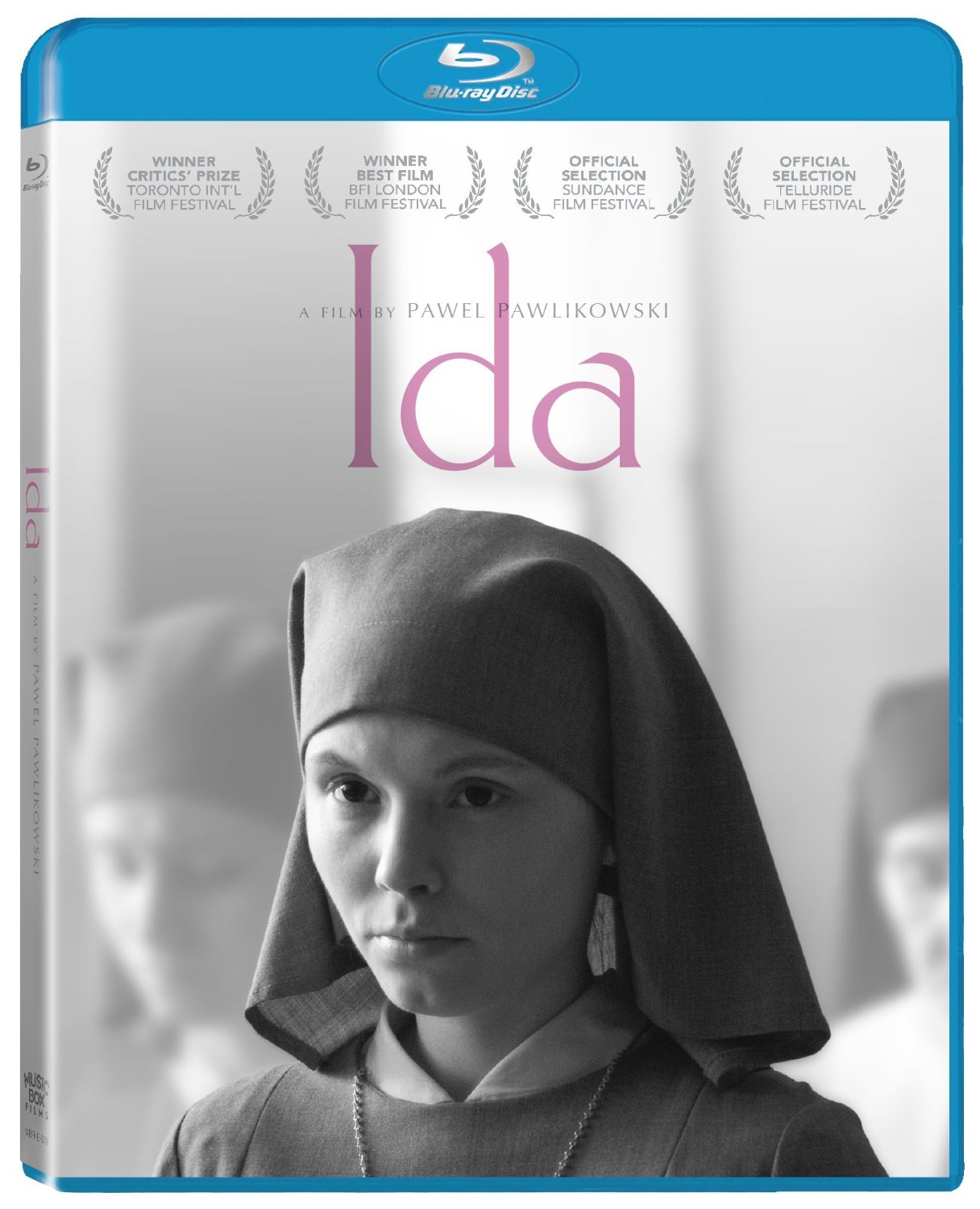 From a classic black-and-white film to a modern one. Pawel Pawlikowski's drama is the Polish entry for Best Foreign Language Film at this year's Oscars, and I really hope it's nominated just to bring it to as wide an audience as possible. This is still one of the best films of 2014, a beautiful piece about the process of revelation and healing that takes place after something as traumatic as World War II. With pitch-perfect performances and some of the best cinematography of the last several years, "Ida" is one of the few films that deserves that over-used appellation of mesmerizing. It is a film that haunts you. I saw it at Sundance, in the midst of 6-movie days, and have seen hundreds of films since, and I can still vividly remember its compositions. It has a lingering, emotional power that most films can't even come close to capturing. The transfer here is great, as are the special features. Music Box Films continues its steady rise to the forefront of arthouse cinema in the '10s. 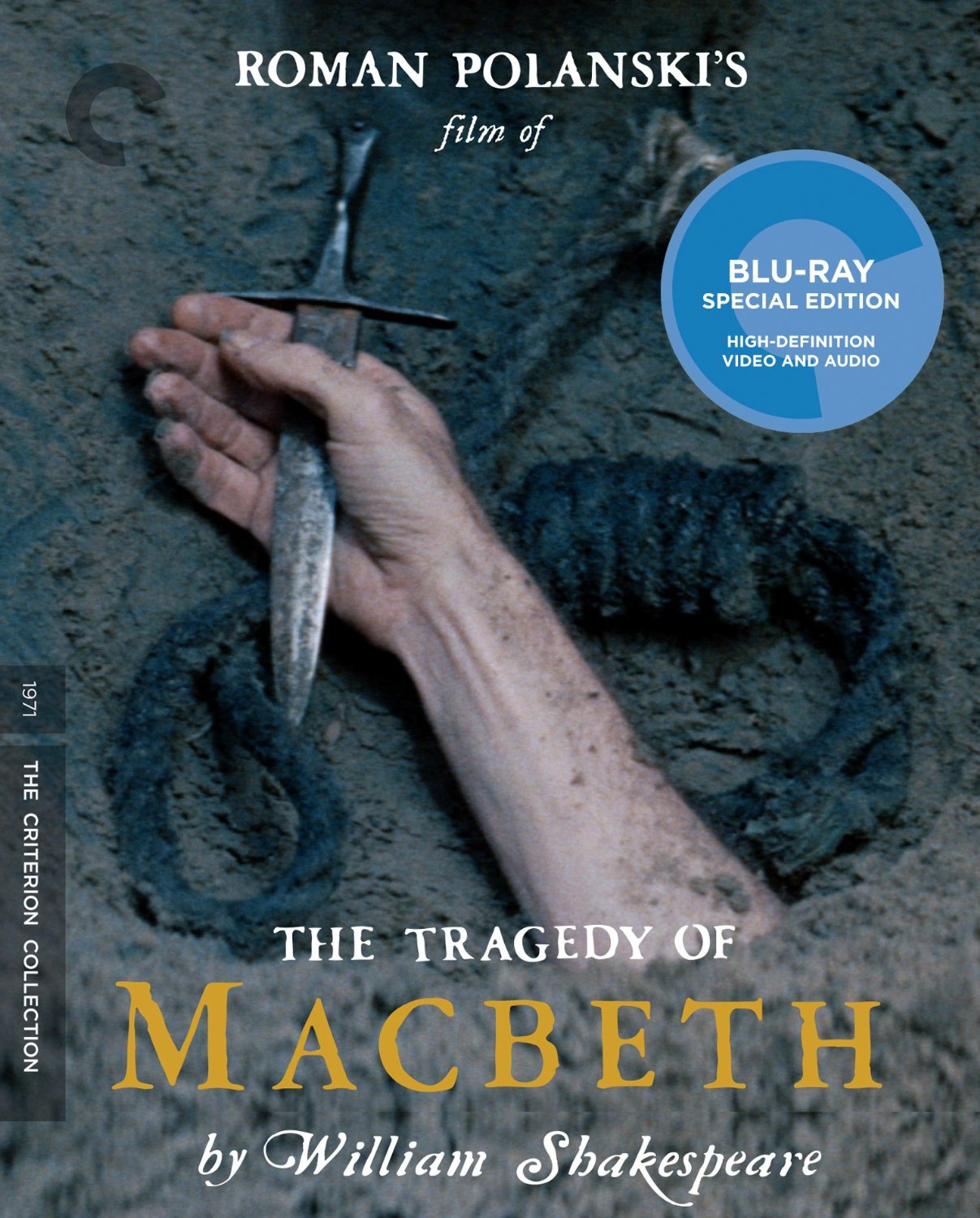 Ghosts, brutal violence, stark sexuality, painful loss—It's impossible to watch Roman Polanski's "Macbeth" and NOT think about how the Manson Murders, in which his wife was brutally killed, impacted its production, even 40 years later. It's such a dark, brooding, amoral film. It's not like Shakespeare's play was "bright," but Polanski's film is so dirty, dark, rainy, etc. It feels borne of the Earth more than something that could ever take place on a stage, and it's that tonal consistency that I find most interesting about it. As for an adaptation, I don't love some of the changes to the play or the performances, but Polanski's direction keeps it always fascinating, especially in light of the true pain that influenced its existence. And the special features on this Criterion release are strong, especially an hour-long featurette about the film with new interviews with major players involved, including Roman Polanski himself. 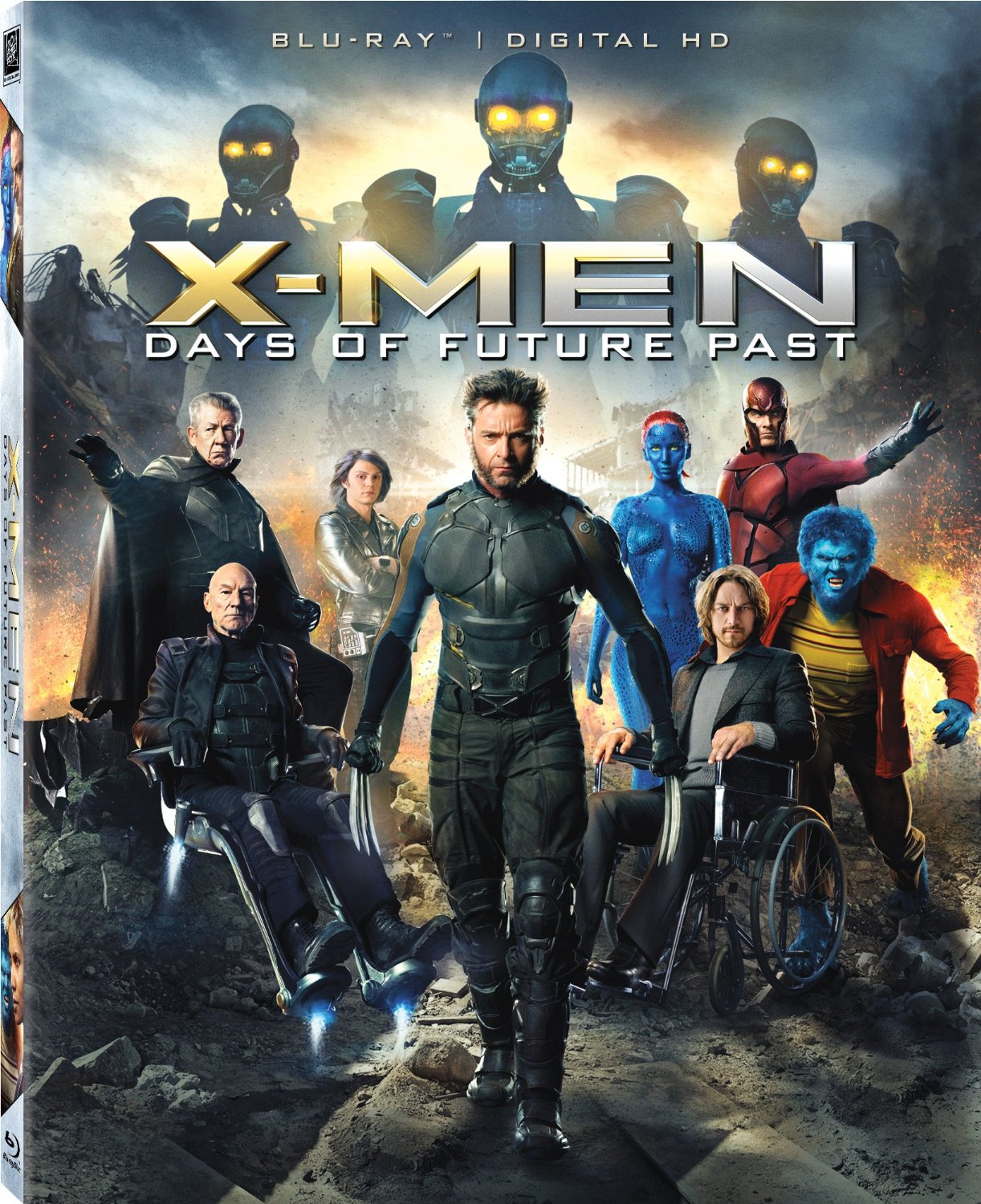 "X-Men: Days of Future Past"

Fox continues their interesting pattern of releasing films on digital platforms before they're out on Blu-ray and DVD to fans willing to pay early to own them. You can't rent "X-Men: Days of Future Past," but you can own it in HD through services like iTunes and Vudu, complete with a sampling of special features. Is this the future? Are Blu-ray and DVD releases, even rentals, the vinyl of this medium--something that collectors will still value but will be worked out of the general marketplace? Signs point to yes, as more and more of these Digital HD releases hit the market. As for this one, Singer's film feels a bit more flash-over-substance than Matthew Vaughn's previous "X-Men" but I'm happy to see the old gang make up for the truly disastrous "X-Men: The Last Stand." This one has some truly great action scenes, and a few wildly entertaining performances from a great ensemble--it's just a BIT too cluttered with character and a plot that everyone has to constantly explain and re-explain to totally work. However, it's a good rental. Or a good one to own digitally, I guess.

As for special features, the iTunes version comes with a deleted scene featuring Jennifer Lawrence and an introduction by Singer, a gag reel, almost 6 minutes of other deleted scenes (available with commentary or without) and a gallery. I long thought that it was supplemental material that would keep digital from overtaking physical media but the inclusion of special features on digital releases before other fans can even see them? The digital tide is turning.

If you still want to buy it on Blu-ray, click here.

Seth Rogen has quietly become a King of summer comedy, long past making waves in films like "Knocked Up" and "The 40 Year Old Virgin," and moving on to spearheading his own projects like last year's summer comedy hit "This is the End" and this year's even funnier "Neighbors." Rogen, Rose Byrne, Zac Efron and Dave Franco hit the right comedic beats here to keep the film's more embarrassing missteps in its too-gross-out script from overwhelming it. And when you get past the bad sex and parenting jokes, there's actually something pretty clever in the way Rogen and Efron both play two men unwilling to act their age. Funnier as it goes along, "Neighbors" is the kind of flick that you'll watch on cable a dozen times. Why not just pick up the Blu-ray and cut out part of the process? Oh, and the deleted scenes here are really funny, especially one involving "New Girl"'s Max Greenfield that is the rare cut footage that should have stayed in the film. 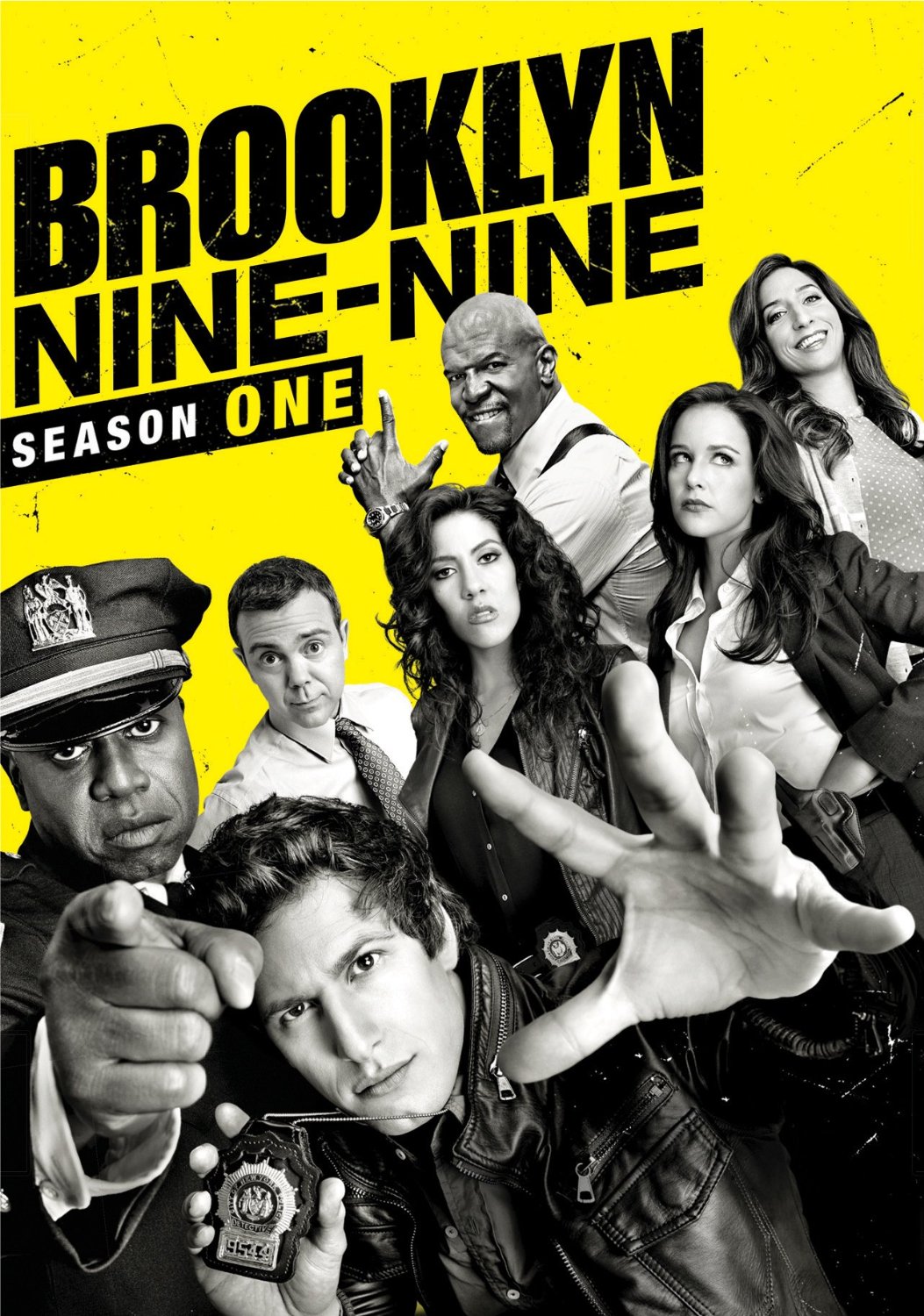 Some of the funniest shows on TV had their most recent seasons released on Blu-ray and DVD this week in anticipation of their 2014-15 season premieres. The funniest of the three--and the best sketch comedy show on TV--is "Key & Peele," the Comedy Central show that has improved with each season. If you didn't see last night's "True Detective" spoofing season premiere, you really need to order it On Demand. Then go back and watch season three. As for the other two, "Brooklyn Nine-Nine" started slow but developed into a very solid ensemble TV comedy, including great supporting turns by Andre Braugher, Terry Crews and Chelsea Peretti. It's funny (although it's only available on DVD, a true crime in 2014). And, believe it or not, "South Park" still is too. I'll admit to usually waiting to watch "South Park" until the Blu-ray release. It's a better show uncensored, without having to FF through commercials and with the awesome mini-commentaries by Trey Parker and Matt Stone. "South Park" is still killing it. Even in the 17th season. From "The Innocents" to Eric Cartman. No wonder we had to bring back the Guide early this week. 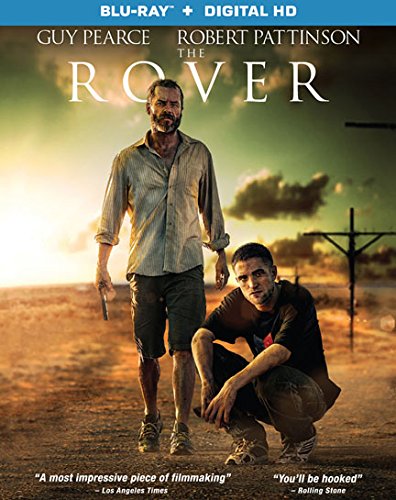 Finally this week, one of 2014 more underrated dramas to balance out the comedy. Advertising Guy Pearce and Robert Pattinson's post-apocalyptic drama as an action piece was a mistake, leading this film to get some undeserved scorn after its theatrical release. The more I think about it, the more I like "The Rover," a film about what happens when so much of everyday life is pulled away that you hold on even more tightly to the little you have left. Pearce is very good here, and the film resonates long after it's over. Give it a chance. You'll be surprised.