FX continues their remarkable 2017 with the summer drama “Snowfall,” a series that doesn’t so much remold the template for the drug-fueled drama as much as allow very well-drawn and well-performed characters to play within it. The temptation to compare it to the masterful “The Wire” will undoubtedly highlight the show’s shortcomings but there’s enough to like here that I found myself burning through all ten episodes of the first season, eager to see what would happen next to a surprisingly robust ensemble of characters, played mostly by newcomers. While some of the narrative twists, especially in the second half of the season, feel overly familiar and forced, the cast never falters, and I’m hopeful audiences take to this show as much as I do.

“Snowfall” has been billed as the story of the crack epidemic in 1983 Los Angeles and what it did to the black community there, but that’s underselling the scope of this piece, one that tells multiple intersecting stories about people caught up in something much greater than they’ve experienced before. When you pull apart this complex show, it’s really about three people from very different backgrounds and with very different skill sets whose lives are forever altered by the draw of the drug trade. 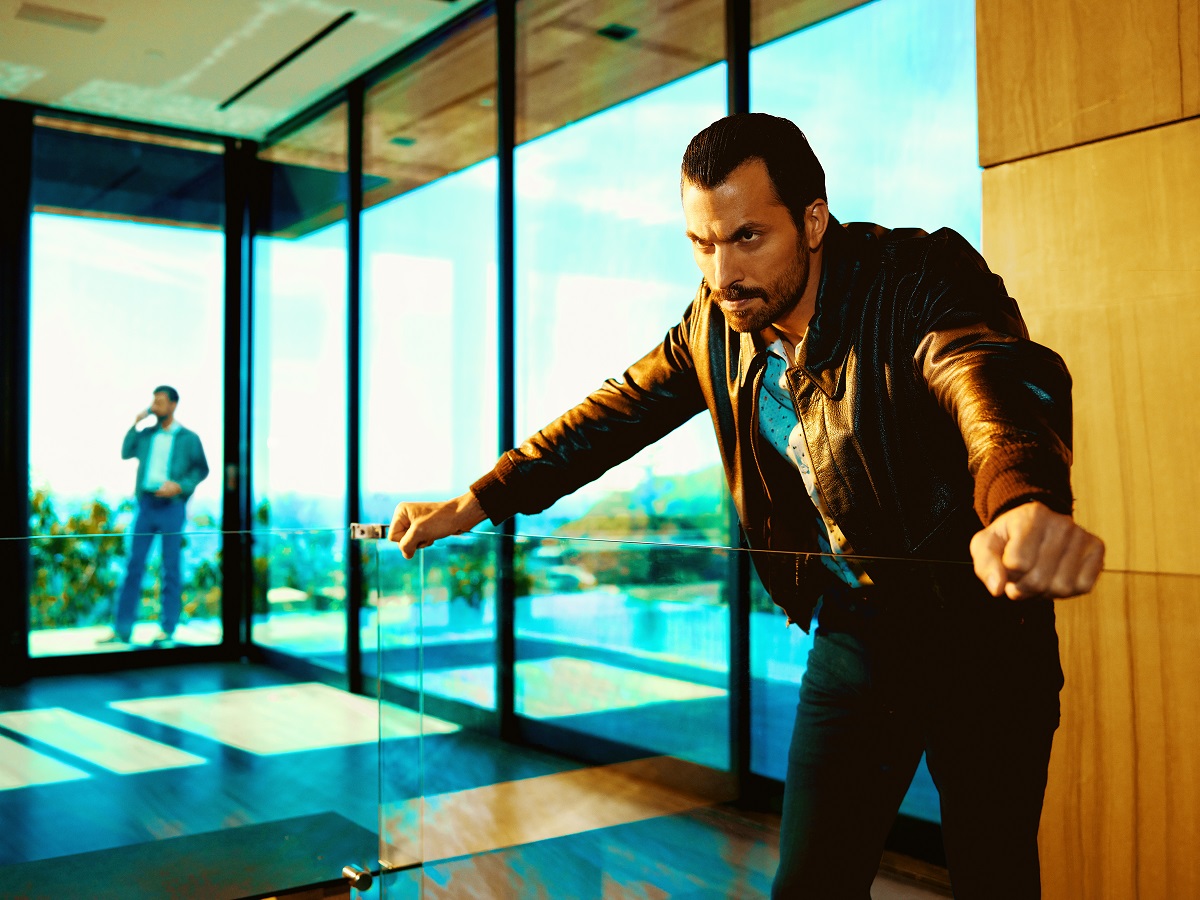 First, there’s Franklin Saint (Damson Idris), an L.A. kid who’s smart enough to realize that slinging weed isn’t going to guarantee that he doesn’t end up like his father, homeless on the street. He has a supportive mother (the great Michael Hyatt) but she’s off trying to support the family whenever she can and Franklin is drawn to his more-criminal uncle Jerome (Amin Joseph) and aunt Louise (Angela Lewis). After crossing paths with a vicious cocaine dealer named Avi (Alon Aboutboul), Franklin starts to deal the hard stuff, getting deeper into a criminal underworld that he’s smart enough to navigate but could still easily get him killed.

Second, there’s Lucia Villanueva (Emily Rios), another young drug entrepreneur who, working with her cousin Pedro (Filipe Valle Costa), conspires to rob her uncle, one of the most popular drug lords in town. Lucia and Pedro hire a Mexican wrestler nicknamed Oso (Sergio Peris-Mencheta), and, well, things don’t go exactly as planned. Lucia and her partners are working the drug trade from a different angle, already in deep with powerful crime families and dealing with quantities large enough to get them in serious trouble from the law or those who want what they have.

Finally, there’s Teddy McDonald (Carter Hudson), a CIA desk jockey stuck pushing papers until one of his agents overdoses after a particularly intense night of sampling his own product. Teddy decides to step into the shoes of a man selling drugs in order to fund a revolution in South America, working with the mysterious Alejandro Usteves (Juan Javier Cardenas). Teddy may be in over his head, but he’s no innocent either, indicated by a dark past and a willingness to do anything to make the “guns for drugs” plan work. 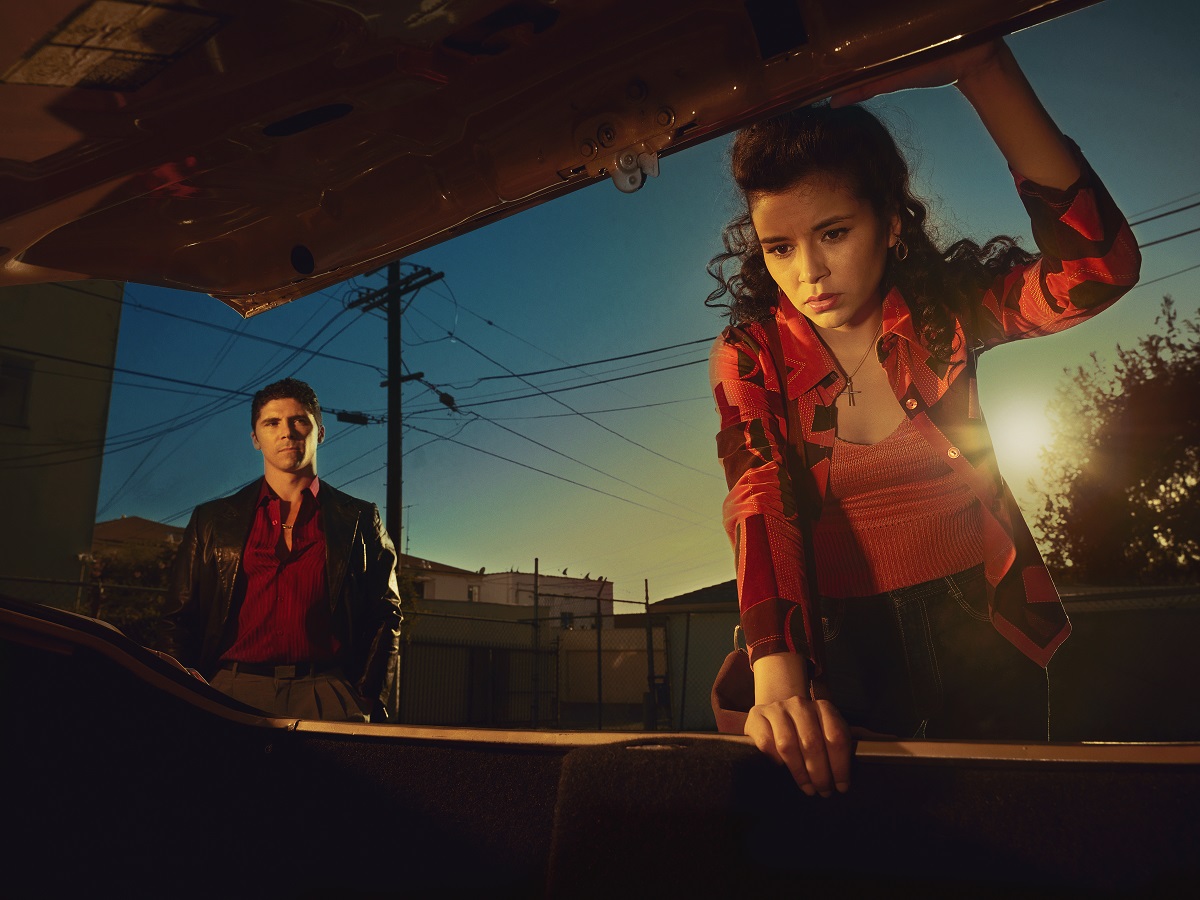 “Snowfall” only occasionally allows its trio of plotlines to intersect, as multiple episodes bounce from one to the other with little to no connection. The result is a show that feels surprisingly broad—it’s not just a kid getting in over his head, it’s an entire country about to be forever altered by the drug trade. "Snowfall" has been billed as the origin story of crack, but that form of cocaine isn’t even a part of the show until over the halfway mark of the first season. It’s a surprisingly ambitious venture narratively, allowing characters to share time in the spotlight and let minor ones come and go. Some of those minor ones are eventually filled by familiar faces, including RZA, Bokeem Woodbine, and the great Kevin Carroll of “The Leftovers” as Franklin’s father.

While it’s great to see character actors well-cast, it’s the regular ensemble of the show that really makes “Snowfall” work. Idris is a fantastic find, conveying a combination of intelligence and innocence that makes Franklin’s arc feel genuine. His take on Franklin is as a kid often acting on instinct, he just happens to be smarter than most of the other drug dealers in South Central. Rios is even better as a more-experienced player in the drug game who has yet to lose her hope for something bigger. Finally, McDonald vacillates in fascinating ways from a pencil pusher to someone willing to do whatever it takes to redeem his legacy as an agent.

Honestly, “Snowfall” actually gets less interesting as it gets deeper into the origins of crack. The first half of the season, in which the writers are allowed to build character instead of feeling like they have to do something as big as chronicling the history of a culture-changing drug, is stronger than the second. And I’m not sure what “Snowfall” looks like in future seasons. But the cast is so strong that I hope I get to find out.