We’ve all been there. Show me someone who hasn’t had their heart broken, I’ll show you someone who’s never been in love. The relatability of the lovelorn has been a foundation for literature, theatre, and all forms of fiction for centuries. Jay Baruchel, the talented star of “This is the End” and TV’s “Undeclared,” returns to the small screen this week with FXX’s “Man Seeking Woman,” an extreme riff on the relatability of relationship drama that has some very good ideas and performances but doesn’t quite connect in terms of execution. Baruchel and show creator Simon Rich take funny concepts and go WELL beyond the point that most other comedians would say “OK, we get it…that’s enough.” Consequently, “Man Seeking Woman” too often reminds one of that guy at the bar who is better at the joke set-up than the punchline because it takes SO long to get to it. There’s enough fearlessness to what Baruchel and Rich are attempting that it feels mean to dismiss it entirely, but comedy comes down to pacing, and that’s what just doesn’t quite work here. 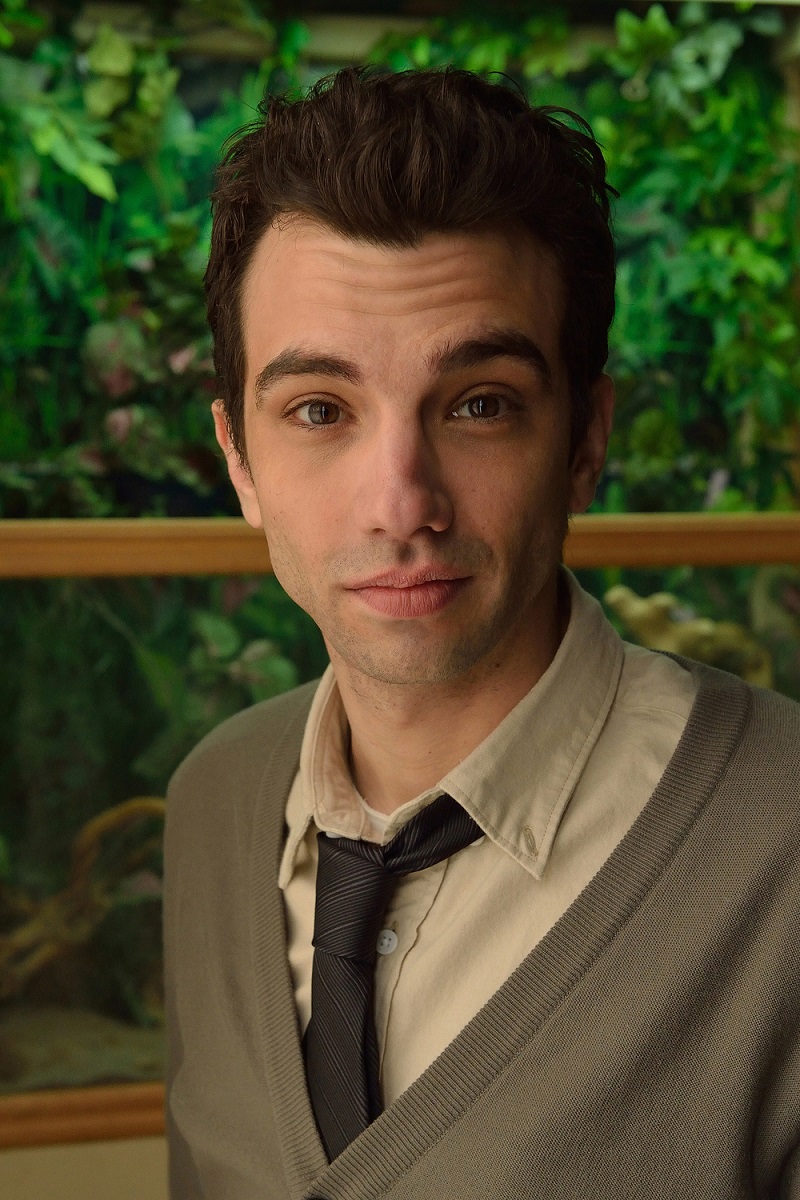 Josh Greenberg (Baruchel) has had his heart broken. Based on a book of short stories by Simon Rich called “The Last Girlfriend on Earth,” “Man Seeking Woman” takes place in a very purposefully exaggerated fantasy world that riffs on the common travails of the recently heartbroken. It’s like “The Secret Life of Walter Mitty” if Walter dreamed of relationship misery instead of greatness. For example, Josh goes on his first blind date post-breakup, and he is set up with a literal troll. He has to meet his ex-girlfriend’s new beau, which we all know is just about the worst way to spend a party, and it’s Adolf Hitler. The actual, elderly, wheelchair-bound leader of the Third Reich. In the second episode, a War Room of experts help Josh craft the perfect text to a potential date partner.

Conceptually, “Man Seeking Woman” has moments of brilliance. We’ve all been there when hatred of our still beloved’s new boyfriend could lead us to consider him about as awful as Hitler. We’ve all stressed out over the creation of a perfect response, whether it’s call or text, after meeting someone new. And Baruchel is still an incredibly likable lead, balancing everyman relatability with an aw-shucks sense of comic timing that makes him perfect for this kind of part. Eric André and Britt Lower are effective support.

The missteps in the two episodes of “Man Seeking Woman” that I’ve screened come down to timing. Every single bit so far goes on too long. There’s no such thing as a throwaway joke or an aside. It’s almost respectable that Rich and his cast are this willing to hammer every concept, such as the troll date, into completely oblivion—when you think the joke is done, they have about ten more variations on it—but it makes for a surprisingly tiresome half-hour. We may all be able to relate to Josh, but that doesn’t mean we’ll want to spend time with him every week.