The people at FX changed its profile in television history when they green-lit Louis C.K.'s series “Louie,” one of the best programs of the last decade and a show that helped break down the barriers of the traditional two-party genre system of comedy and drama. The reason it feels like comedy has been on the forefront of Peak TV lately more than drama is that comedy has been allowed more creative, genre freedom, reflected in shows like Netflix's “Master of None” and FX's “You’re the Worst." A lot of that can be traced back to “Louie." Since that show, FX has been on the forefront of allowing creative voices to work within the half-hour format without too much concern about defining something in traditional genre terms.

I’m certain that FX’s two new half-hour offerings—“Atlanta” and “Better Things,” both premiering this week—wouldn’t exist without Louis C.K.'s show. One is an absolute creative smash, the kind of show that warrants that all-too-often-used label of must-watch and that I think could one people are talking about this fall. The other has moments, and some honest laughs, but feels too often like it’s trying too hard to be something it’s not. 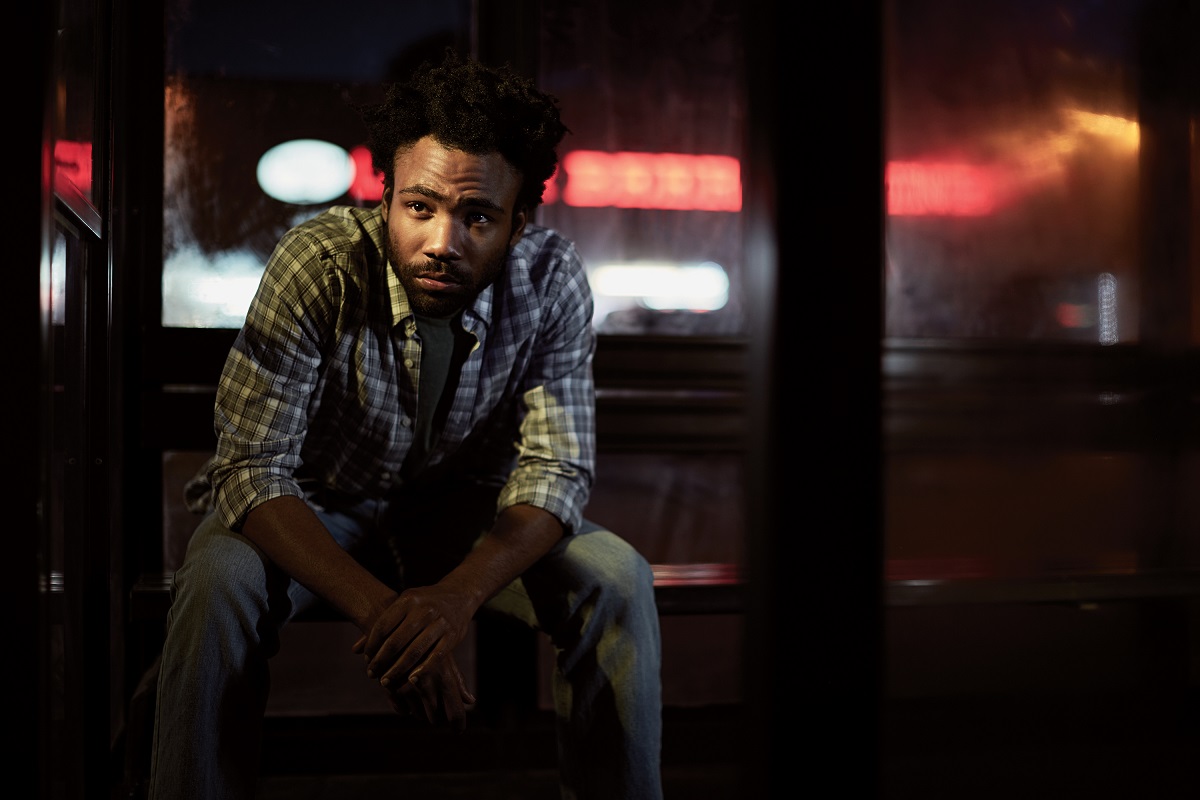 The must-watch series is Donald Glover’s “Atlanta,” which the actor also known as rap persona Childish Gambino left “Community” to develop. The media kit of “Atlanta” is deceptively simple in its plot synopsis: “Two cousins work through the Atlanta music scene in order to better their lives and the lives of their families.” Sounds like an ABC Family hit, doesn’t it? And yet I understand why this show can be so difficult to put into simple synopsis form. It’s about music, youth, ambition, struggle, fame and race in 2016 America. It is as keenly observed an examination of hip-hop culture as we’ve seen on television, but it’s not a “statement show” about the entirety of rap. It is a character study that comments on universal feelings while also feeling remarkably specific. That’s so often what great television does: present us with well-defined, specific characters that still somehow feel like they’re going through the same things we are.

Glover plays Earnest "Earn" Marks, a struggling young man trying to win back the mother of his child and hating his day job. When he discovers that the new hot hip-hop icon in the city, Paper Boi (Brian Tyree Henry), is actually his cousin, he works to become his manager. Paper Boi is no mere supporting character to Earn. He’s also trying to navigate a world he doesn’t quite understand and one we haven’t really seen on TV before. He’s been deep in the world of crime and drugs and he still lives in an apartment in a dangerous part of town, but he’s becoming a household name. There’s a fantastic scene in which he comes upon some kids pretending to emulate the violence of their new rap icon. Their mother yells at them for pretending to use guns. Alfred/Paper Boi apologizes and takes some responsibility for it, and she’s first annoyed by him but then enraptured by meeting a celebrity, and just wanting a selfie with him. She goes from angry to uncertain to enamored—that’s fame for you.

Much like “Master of None,” Glover’s show has an amazing ability to turn situations that should be clichéd into ones that ring true. There’s an extended scene in which Earn takes out his baby’s mother for a date, knowing he doesn’t have enough in his bank account to pay. It sounds like something out of NBC’s Must-See TV but Glover and his talented team of writers not only make it feel real, they make it feel essential. As someone who watches way more TV than the average person by virtue of my profession, I’m always drawn to voices that feel new. I remember watching the first “Louie” for that reason. I’ll remember watching the first “Atlanta” too. 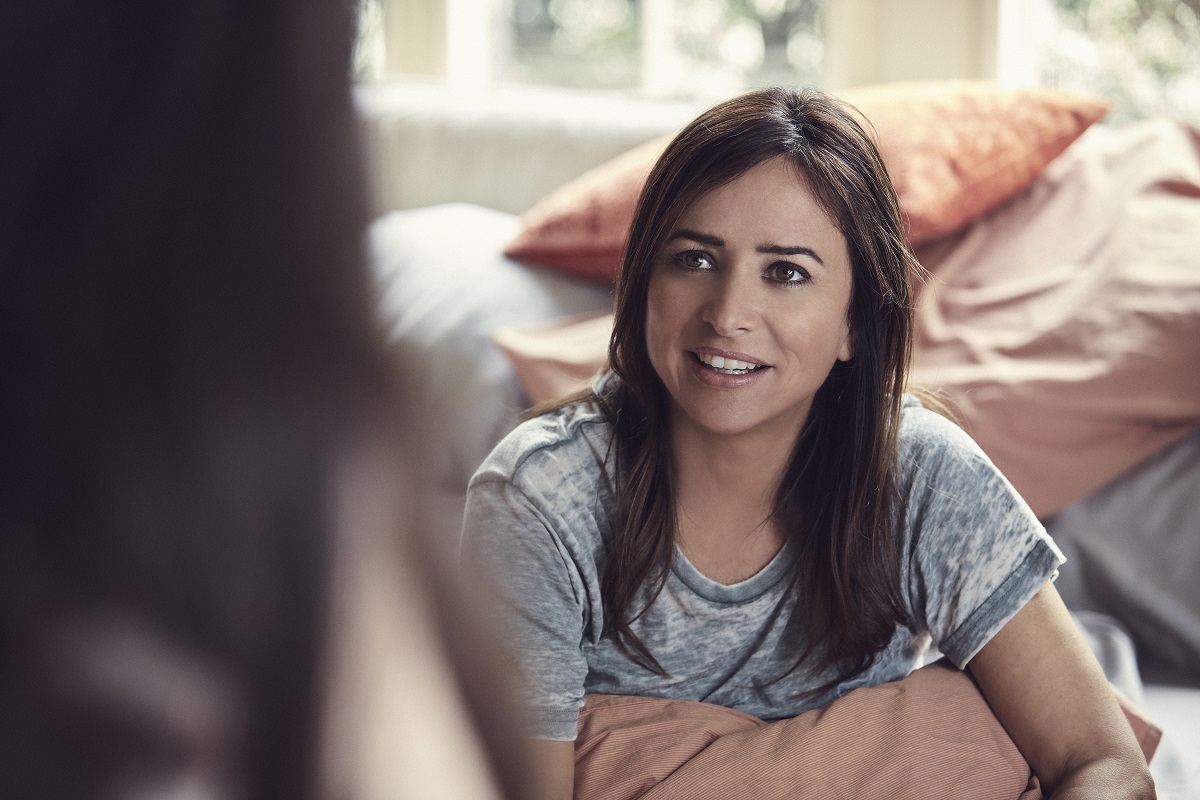 Pamela Adlon’s “Better Things” is more likely to fade into the dull gray of memory, although I hope I can one day say that it improved on its initial few episodes, all of which contain a laugh or two but feel like they’re falling short. Adlon, a regular collaborator with Louis C.K. and guest star on some of the best episodes of “Louie,” created and stars in the show, with a pilot directed by Louis C.K. himself. She plays Sam Fox, a single mom and struggling actor, raising three daughters of ages just different enough that they can fulfill different roles on a sitcom: there’s the teenage rebellion of Max (Mikey Madison), pre-teen drama of Frankie (Hannah Allgood) and sweet youth of Duke (Olivia Edward). How a woman in Los Angeles balances the demands of career, motherhood, society and even the image-conscious world of Hollywood is beyond anyone not in exactly the same situation but Adlon does an admirable job of bringing us into her world. The best moments in the first few episodes feel like the ones likely truest to Adlon’s life—she dedicates the first episode to her actual daughters, so it’s no stretch to say Fox’s family is a variation on hers.

“Better Things” is a good show. It suffers largely because other FX series “You’re the Worst” and “Atlanta” are great ones and the comparison is inevitable, but I think I would have a few issues without those two great comedies next to it. The set-ups in the first few episodes often feel forced, and my hope is that the show does away with them almost entirely. “Better Things” is at its best when it’s just Adlon and her daughters talking, not when mom is being forced to give a motivational speech. That feels sitcom-ish. If “Louie” and FX have taught us anything, it’s that great comedies never have to feel sitcom-ish again.