Forget it Ji, it's Kolkata

The first thing you need to know about "The Bengali Detective" is that Fox Searchlight purchased the remake rights ten months before the general public laid eyes on it. Director Philip Cox's documentary features a charming leading man, adultery, triple homicide, mystery and suspense, a cute little kid, a dying spouse, corrupt officials and unbridled dancing. What studio could resist any of that, let alone be faithful to the darker, sadder grace notes that underscore the source material? The fiction version, due in 2014, will probably replace the casual matter-of-factness of "The Bengali Detective" with overdone "Slumdog Millionaire"-style schadenfreude. Unlike Danny Boyle's popular Oscar winner, this film reminds the viewer that those who cannot afford much should still be afforded dignity without the gaze of pity. Save yourself the three-year wait and watch "The Bengali Detective" now. 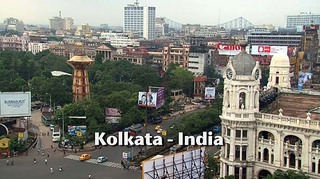 According to the film, 70 percent of the crimes in the East Indian city of Kolkata are unsolved. The authorities are either incompetent, corrupt or both. So the citizens turn to one of their own, the local detective who takes their cases. The titular Bengali detective is Rajesh Ji, head of the Always Detective Agency. He takes numerous cases, sometimes more than he can comfortably handle, and his motley crew of assistant detectives conduct surveillance, interview suspects, and shoulder their share of the legwork. During "The Bengali Detective, " Ji investigates three cases: One has a predictable outcome, one is a deceptively trivial crime, and the last is the harrowing triple murder of three best friends. The film gives each case a title so we know which one we're following with the detectives.

"Deepti" follows a middle-aged woman who comes to Ji with suspicion that her husband of 24 years is cheating on her. Cox interviews her, and she talks of arranged marriage and her spouse's incredible cruelty toward her over the course of their relationship. "Just because he's a man doesn't make him lord and master," Deepti tells the camera. Later, after two of Ji's assistants tail the husband to the expected results, Deepti issues a statement to Ji that is devastating in its descriptive simplicity. "My heart is blank," she tells him, "but at least I know the truth." Cox leaves her story with a quiet long shot of the saddened wife staring at the bright green folder containing Ji's case documentation.

"Operation Tiger" opens the film. Ji and his partners conduct several sting operations against people selling counterfeit shampoo packaged as a popular brand. After several missed opportunities, the Always Detective Agency hits pay dirt, collecting 700 bottles of the chemical that poses a bigger danger to the Weave™ industry than to anyone's health and well-being. "It makes your hair fall out," says one of the detectives. Another detective comments that some of his co-workers must be using the fake shampoo. 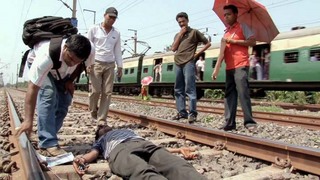 The biggest case to occupy Ji's time is the "Train Track Murders." A man named Dibundu calls Ji, asking him to investigate the deaths of his cousin and the cousin's two best mates. The men, Ankur, Tridib and Ratan, are believed by the authorities to have committed group suicide by jumping on the train tracks. Dibundu disagrees, as all three were stripped naked and mutilated in ways even the cleverest train couldn't accomplish. This is obviously homicide, and Ji follows numerous intriguing leads that bring him to suspicious relatives, old girlfriends, and other members of the men's circle of friends. Ultimately, it leads to the last person Ji would consider asking for help. 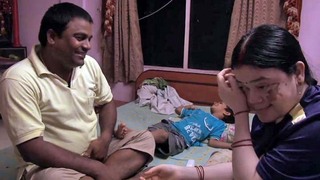 As if his daily grind weren't enough to strain Rajesh Ji's shoulders with the weight of the world, his home life adds a few extra planets. Minnie, his wife, developed diabetes and is not only rapidly going blind, but she's exhibiting kidney and skin problems as well. The doctors tell him there isn't much they can do for her, but Ji is undeterred. "It was a love marriage," he tells us, and the way Ji looks at Minnie is heartbreaking. His eyes reflect undying love tempered by near-resignation to the fact he knows that she's dying. Minnie and Rajesh have a son, a cute, yet hyper little boy who wants to be a detective when he grows up. He is the star of the film's last scene. 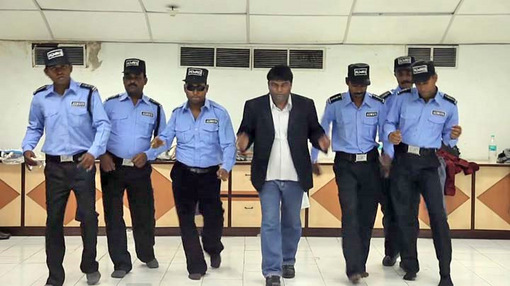 "Oh come on!" I said when I read the press materials' paragraph about the TV dance contest the Always Detective Agency enters. "Would Sam Spade have gone to Arthur Murray in a hurry?" But "The Bengal Detective" treats this turn of events the same way its participants do: as a fun outlet to distract from sadness and everyday stress. Rajesh Ji is a charming man, perhaps larger than your average dancer yet limber and fun to watch execute his moves. Even one of his employees, who originally begs to be released from the team because he can't dance, gets into the act and starts enjoying himself. It helps that their choreographer is a very attractive young Indian woman. Soon, the detectives are buying glittery outfits that look imported from a glam rocker's forgotten closet space. Their audition is a hilarious must-see, an explosion of joy that, like everything else in "The Bengali Detective" grows from adversity beyond one's control.

Two things stuck with me after watching this movie, and I could shake neither of them. 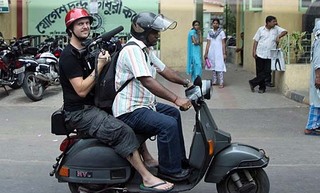 One: Despite being halfway around the world, Kolkata shares a lot of similarities with the humble New Jersey 'hood where I was raised. The same scenarios play out wherever brown people are poor and ignored by the powers that be. Through Philip Cox's viewfinder, I saw the same, sometimes deserved distrust of authority and the complete devaluation of life by some of the city's denizens. I saw similar people either trying to eke out an honest living or running a side hustle to stay afloat. After all, one man's fake shampoo is another man's bootleg DVDs being sold in front of the Beacon Theater. Detective Ji even admits that his sting operations affect the poor more than the company that hired him. Putting a face to Ji's statement, the perpetrator arrested for counterfeiting is interviewed from prison, where he may get four years for the crime. And I recognized that the only thing keeping one sane were the momentary distractions, whether it was a dance contest in Kolkata or a game of spades in Jersey City (though admittedly, spades games usually ended in violence). 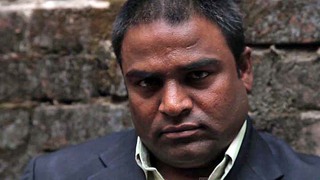 The second thing that stuck with me is how understated "The Bengali Detective" is. There is genuine sadness, frustration and outrage in this film, but like its humorous scenes, the documentary does not oversell them. Its nonchalance brings forth a sense of catharsis. The joys and pains are grounded, rooted in the everyday lives of its inhabitants. Life happens, and the filmmakers simply record it, sometimes with interesting commentary by Detective Ji or his clients. Ji's body language and expressive face convey the heavy heart he carries, which makes his dancing all the more logical as a pastime. When speaking about Minnie, his few words speak volumes: "I am the hero at work, but at home, I am totally helpless."

The last scene of "The Bengali Detective" sneaks up on you--I was surprised when the credits rolled after it. Yet it is a sweet moment, and perhaps the best way to end a film that basically says life is short, sometimes unfair, and for the downtrodden, more somber than joyful. But there is joy to be found, even in the worst of situations. And if that's all there is, my friends, then let's keep dancing. 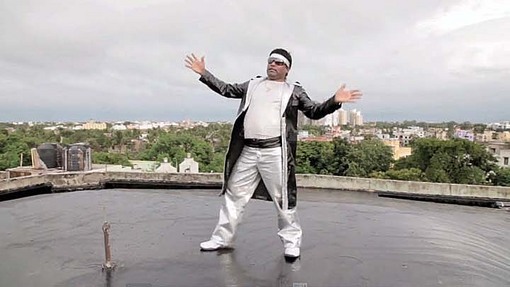 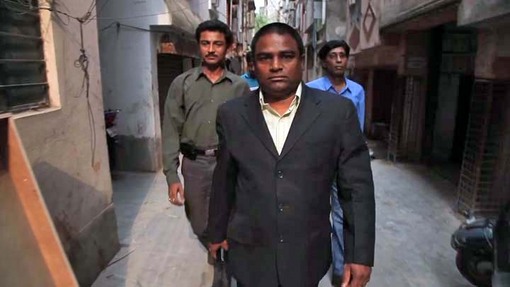