"Booker's Place: A Mississippi Story (92 minutes) is available on-demand at iTunes and Amazon starting April 26th. It will be theatrically released in Los Angeles, CA on April 25, 2012. and New York on April 27, 2012.

"Booker's Place: A Mississippi Story" asks a question about documentaries to which I admit I've not given much consideration: Can a documentary negatively affect the lives of their participants? For Booker Wright, an interviewee in Frank DeFelitta's 1966 NBC documentary, "Mississippi: A Self-Portrait," his appearance cost him a severe beating, the bombing of his business, and potentially his death 7 years later. Wright's "crime" was to speak too bluntly about life as a Black man in Greenwood, Mississippi. "Booker's Place" investigates the ramifications of DeFelitta using footage he knew was incendiary, yet invaluable to his role as one who documents the truth. Did DeFelitta also commit a "crime" in allowing the footage to be broadcast, assisting in the eventual fate of Booker Wright? Wright's granddaughter, Yvette Johnson and Frank's son, Raymond DeFelitta, answer this and more in their must-see documentary. 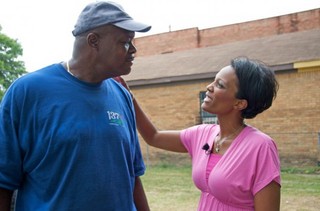 The elder DeFelitta's documentary aired on NBC at the height of the civil rights movement. Hidden for decades in a vault, "Mississippi: A Self-Portrait" resurfaced as Frank DeFelitta and his son were cataloguing the numerous documentaries Frank made for NBC in the '60's. At the same time, Booker Wright's granddaughter, who had never met her grandfather, was writing a blog about her discoveries researching him. Although Johnson had heard of his NBC appearance, her searches for the footage yielded nothing but dead-ends. After the younger DeFelitta heard of Johnson's blog, he contacted her. Their meeting sent them on a journey for answers to their central questions. DeFelitta wanted to know how much, if any, effect his father's documentary had on Booker Wright; Johnson wanted to know more about her grandfather, and whether his comments were intentional or, in her words, the work of "an accidental activist." 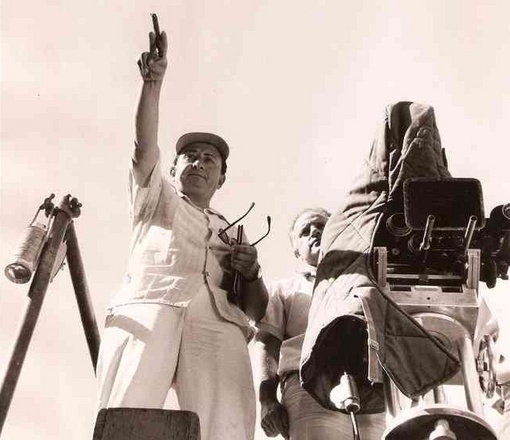 "Every Mississippian talked about how much they loved their Blacks," says Frank DeFelitta of the White subjects he interviewed in 1966. It was the first thing Greenwood residents told this Yankee from NBC. That was common lip service paid by members of the racist "Citizen's Counsel," and restaurant owners who bucked integration by going private, admitting Blacks only as workers. The White citizens of 1966 Greenwood were generally pro-segregation, using corrupt sharecropping and policing to keep Blacks from any achievement of note. Such a sharecropping process kept Booker Wright from his mother for decades. After leaving Booker with sharecroppers when she moved North, her repeated attempts to have Booker join her were thwarted by the landowner, no matter how many times she returned with the money he requested. On her last attempt to retrieve her son, she is told "the plantation owner is coming to whip you." Seven decades after slavery was ostensibly abolished, a woman is threatened with massa's whip while her son is practically enslaved. But those Greenwood residents--they love their Nigras! 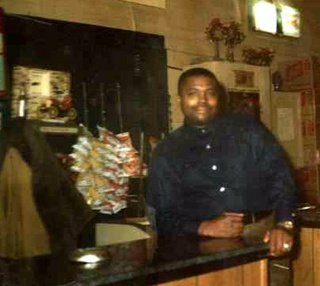 Booker Wright was one of those beloved Nigras, at least until he told the truth about his existence to "the liberal media." Straddling both worlds, Wright served Whites in one of the fanciest restaurant clubs in Greenwood so he could maintain his own business in the colored part of town. He ran Booker's Place by day, and went from CEO to waiter as he crossed the (literal) railroad tracks to work at Lusco's Restaurant. Lusco's was the place to be in Greenwood, but it had no written menu for a rather sinister reason. Writer John T. Edge notes that if you were Black, Lusco's could charge you $20 for a cup of coffee. That is, if they'd serve you. Instead, the menu was recited by Lusco's Black wait staff, and Wright's verbal delivery of this menu was so popular that someone suggested DeFelitta record it. Wright offered to meet him at Booker's Place, where the camera captured more than what was for dinner that night at Lusco's. After reciting the menu, Wright speaks of his interactions with his customers. His words deserve to be heard directly from the source, but I'll summarize. He tells us that some of the people are nice, and some of them treat him poorly. Many call him "nigger," and occasionally, he's defended by regulars who scold others for calling him out of his name. "Always learn to smile," he says, demonstrating. "The meaner the man be, the more you smile. Although you're crying on the inside. Or you're wondering: 'What else can I do?'" Wright states that he takes this abuse so his children can have an education and get a better job than his. He'd rather take it than have it dished out to the next generation. "So that's what you  have to go through here," he concludes. "But remember: You have to keep that smile." 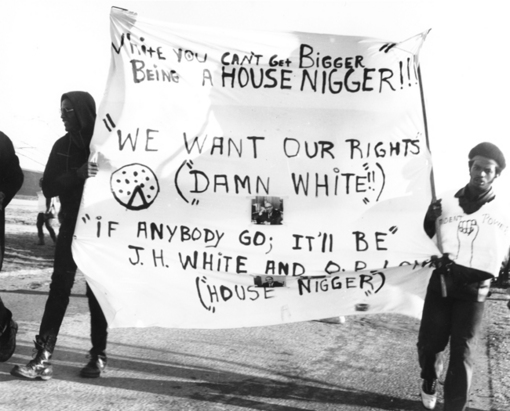 DeFelitta knew he was sitting on a powder keg with this footage. Before deciding to run it, he talked to Wright about what might happen once the entire South turned their dials to NBC the day "A Mississippi Self-Portrait" appeared. Wright told him he should run the footage. Afterwards, almost every article on the show mentioned Booker Wright's interview. He had gone the 1966 version of viral. 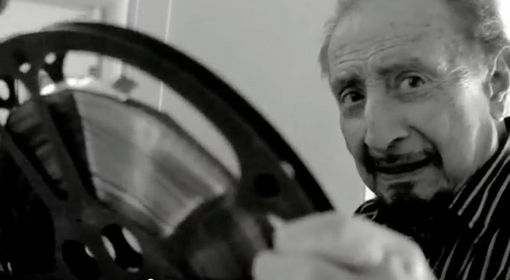 To a wrongdoer, the exposed truth is ugly, raw, and embarrassing. The delusional hypocrisy of Greenwood residents had been beamed throughout the country, holding up a mirror to a "genteel" South who did not want aired its laundry aired in the streets. As a result, Lusco customers shunned Wright, forcing him to quit. This was followed by a severe pistol whipping and the firebombing of Booker's Place. After hearing what transpired, Frank DeFelitta attempted to contact Booker Wright at the hospital, only to be answered with a statement that kickstarted his feelings of guilt: "Tell him to stay away from me." The younger DeFelitta's documentary takes it from here. Seven years later, Booker Wright was dead, gut shot by Lloyd "Blackie" Cork, another Black man who was so confident he'd be acquitted that he chose to go to trial for murder. He wasn't acquitted, and his confidence level led many to believe that Wright's murder was an inside job. "White America in Greenwood does not forget," we are told. 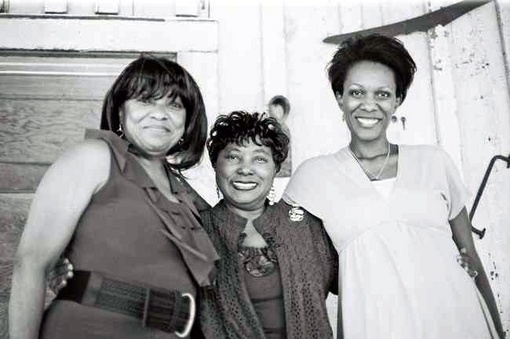 Raymond and Yvette conduct 2011 interviews with Greenwood residents. Wright's daughters, Vera Douglas and Katherine Jones, provide firsthand accounts of their father, who told them "if something happens to me, remember your daddy had a good life."  They also reveal their father's commitment te education: After leaving Lusco's, he started bussing kids to school and Head Start. Two Black attorneys who successfully sued the Greenwood Police Department for violating their rights discuss their run-in with the police officers who allegedly delivered Wright's beating. Activists on both sides discuss the tenor of the day. And DeFelitta talks to his father, who tells a fascinating story about seeking help from J. Edgar Hoover's FBI, and how that played out during a KKK rally he was shooting for the documentary. 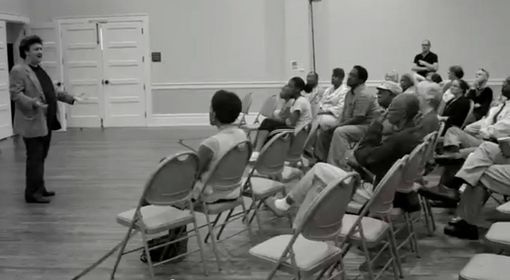 Raymond and Yvette also host a screening of "Mississippi: A Self-Portrait" for Greenwood residents, some of whom knew the people in it. This screening yields a most interesting set of responses from the viewers. A civil, though heated exchange occurs between a White gentleman who speaks of his "Black mother" taking care of him in the cotton fields, and a Black gentleman who takes offense to it because that "Black mother" had to neglect kids like him in order to raise the kids of their employees. Other footage shows a White woman talking about how much she loved not only Booker but also the Citizen's Council members who appeared in the documentary, and a Black man who echoes what Bill Cobbs says in John Sayles' "Sunshine State": "We lost our economic clout when we integrated." Listening to these responses, I wondered if it could ever be possible to have an honest discussion on race in America; both sides had such fundamentally different views of what transpired. The woman who loved Booker and the council members in particular says something that felt like an odd justification of the status quo of 1966. I wanted to see more of this footage. 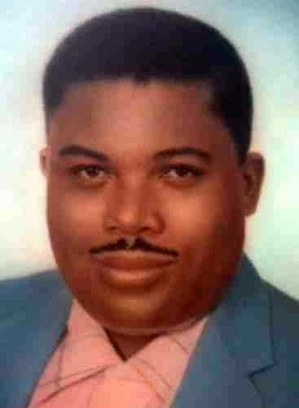 I also wanted to see "Mississippi: A Self-Portrait" in full. Some of the footage Raymond DeFelitta shows is horrific. A sharecropper who offered Frank DeFelitta "the real truth about his nigras" is shown ominously coaching his employees, invading their houses and almost daring them to have the courage Booker Wright does. People are shown calling progress "communism" and spewing such delusional hatred that I wanted to kick in my TV screen. It almost felt like our current 24-hour news and political cycle, with constant repetition standing in for truth and anything that one disagrees being thoughtlessly labeled as "communism" or "socialism." The Whites interviewed in 1966 kept making excuses for segregation and saying anyone who cried racism was race-baiting. I half expected some of the segregationists to say their own words were twisted by the media. 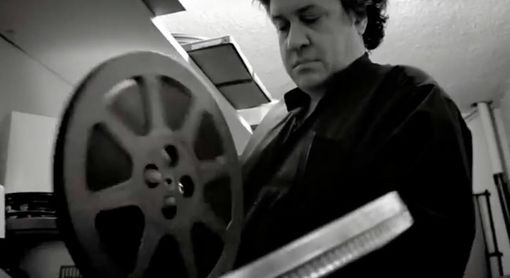 "Booker's Place" ends with two revelations from its documentarians. Yvette Johnson corrects her "accidental activist" statement after seeing the only footage of her grandfather that exists. "He knew the gravity of what he was doing," she says. "It was bold, it was brave, and it was not an accident." The elder DeFelitta wishes that he never ran the footage of Booker Wright. I understand his feelings, but as his son says, had he not done so, he would have been silencing Wright just as Greenwood had been. Frank DeFelitta did the right thing, and should feel no guilt because "Booker's Place" proves Booker Wright knew what he was doing. Consider: if you were given the biggest pulpit in the country, and you held the corrective to all the bullshit lies that were being told, wouldn't you jump at the chance to tell that truth? This is a fine, emotional piece of work that demands to be seen.