Aziz Ansari Goes to Another Level with "Master of None"

At first, Azis Ansari’s 10-episode Netflix series, “Master of None,” debuting in its entirety this Friday, November 6th, feels a bit too much like a variation on the FX hit “Louie.” Even with the grounded direction of James Ponsoldt (“The End of the Tour”) for the premiere, the similarities in tone and structure are inescapable. One of the many amazing things about this truly excellent show is that those comparisons fade away quickly. “Master of None” develops its own smart, genuine, funny voice about identity, love and friendship in major cities in the ‘10s. By the end of the season, “Master of None” is so confident in its tone and execution that it almost feels like a show in its fourth or fifth year. This may be the most confident first season of a comedy since "Veep." Looking through my notes, I keep seeing things like “keeps getting funnier.” In other words, change your plans for the weekend if they didn’t already include “Master of None.” 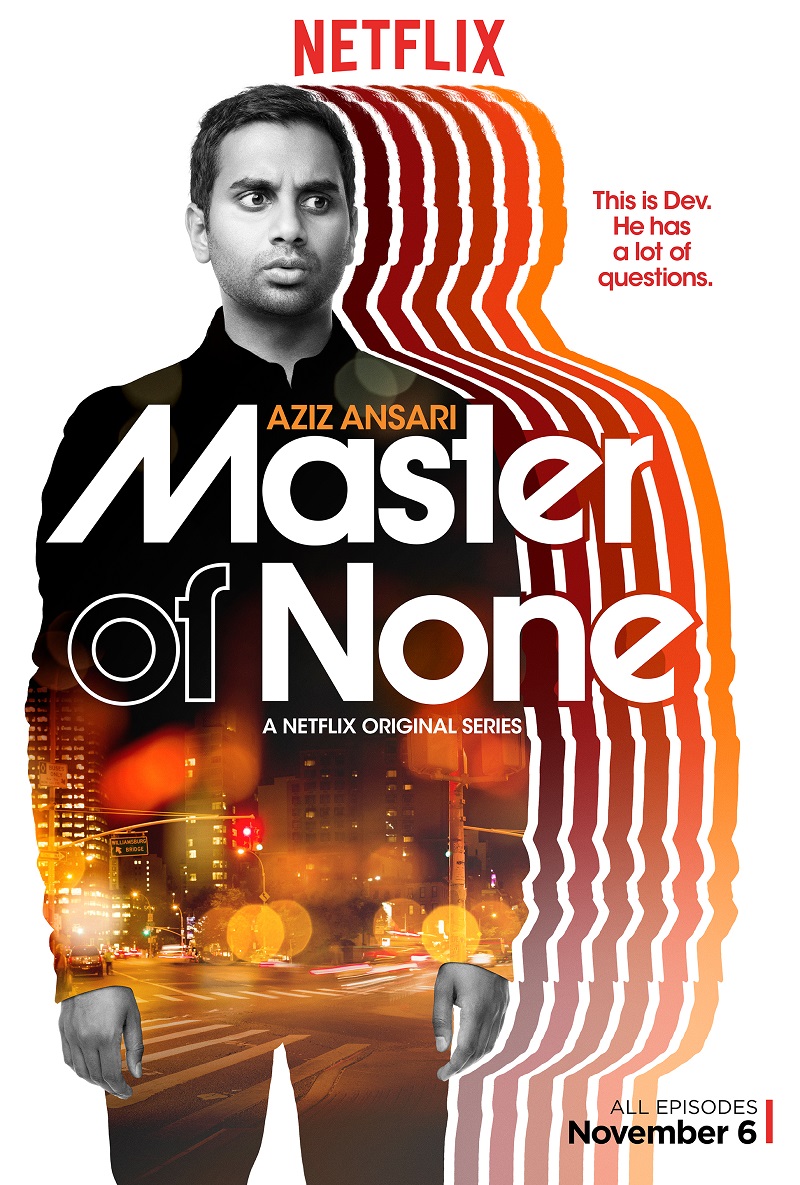 As mentioned, the set-up is relatively similar to “Louie” in that Ansari plays an actor who has comedian friends, and many of the half-hour episodes center around misunderstandings or the complex dynamics of family/fame/friendship. The first few episodes are basically about good intentions that backfire—Ansari’s character Dev considers parenthood and takes care of a friend’s kids for a few hours with disastrous results; Dev and a friend take their parents out to thank them for their hard work to make something better for their children, only to realize they’re still annoyed by them; Dev gets a ticket to a secret show and tries to turn it into a hot date that goes horribly awry. But, like “Louie,” “Master of None” starts to get really fascinating when Ansari, who also proves a more than capable director, breaks out of the expected, taking the defined characters in those first few, more familiarly assembled episodes and going strange places with them. There’s a phenomenal episode involving infidelity that guest stars Claire Danes and Noah Emmerich, and then there’s a trip to Nashville that’s one of my favorite half-hours of any show this year.

There’s a cultural significance here too. In one of the best episodes, Ansari tackles the fact that most shows, even in 2015, can’t have two Indian characters. Two gay characters and two black characters are fine, but one Indian character is the max. And he tackles “Short Circuit 2” and “The Social Network” (in which white characters played Indian ones) in hilarious ways.

Great comedy comes from a blend of the familiar and the unexpected. We love shows like “Seinfeld” and “Louie” because we can relate to the basic issues that form the show’s foundations, but they make us laugh because we don’t see the punchlines coming. This dynamic presents itself over and over again in “Master of None.” It’s Ansari’s slightly exaggerated reality, such as the episode with his parents, featuring exaggerated flashbacks, or an amazing bit with actor Colin Salmon, who tries to get Dev to help him write a screenplay called “Car Person.” Or a conversation between Dev and his friend about the perspective of Eminem’s “Lose Yourself.” (Why is there no Mekhi Phifer?) The characters of “Master of None” and their situations are real enough for us to like the people involved but exaggerated enough to be witty and funny.

Even though I was a fan of “Parks and Recreation” and Ansari’s work on it, “Master of None” shocked me. I expected a light diversion, something occasionally as funny and witty as its creator can be, and I suspected that Ponsoldt’s involvement hinted at something better than average. To say it exceeds expectations is an understatement. Yes, this year of Peak TV continues. And this is one of its best shows.