A Short Film About Everything: On Krzysztof Kieslowski’s “Dekalog”

“If a person knows what they should do, why do they do something else?”—Krzysztof Kieslowski

In the late ‘80s, Krzysztof Kieslowski collaborated with Krzysztof Piesiewicz to produce one of the most lauded and discussed works in film and television history. As the conversation over the current state of both film and television continues (often reduced to a silly “which is better” debate), “Dekalog” stands as something that feels like it transcends both. It’s constructed like a television series, broken down into one-hour installments, but it undeniably contains film language, often reminiscent of that we see in other Kieslowski masterpieces such as “The Double Life of Veronique” and “The Three Colours Trilogy.” Whatever category in which one places “Dekalog” (once referred to stateside as “The Decalogue,” and in Roger Ebert’s Great Movies collection under that name), it remains a vital piece of filmmaking. Criterion has restored all ten shorts, including the feature film versions of two of them, with 4K remasters, and released them in a gorgeous, four-disc Blu-ray box set. Almost three decades after its release, “Dekalog” feels as important and current as ever. 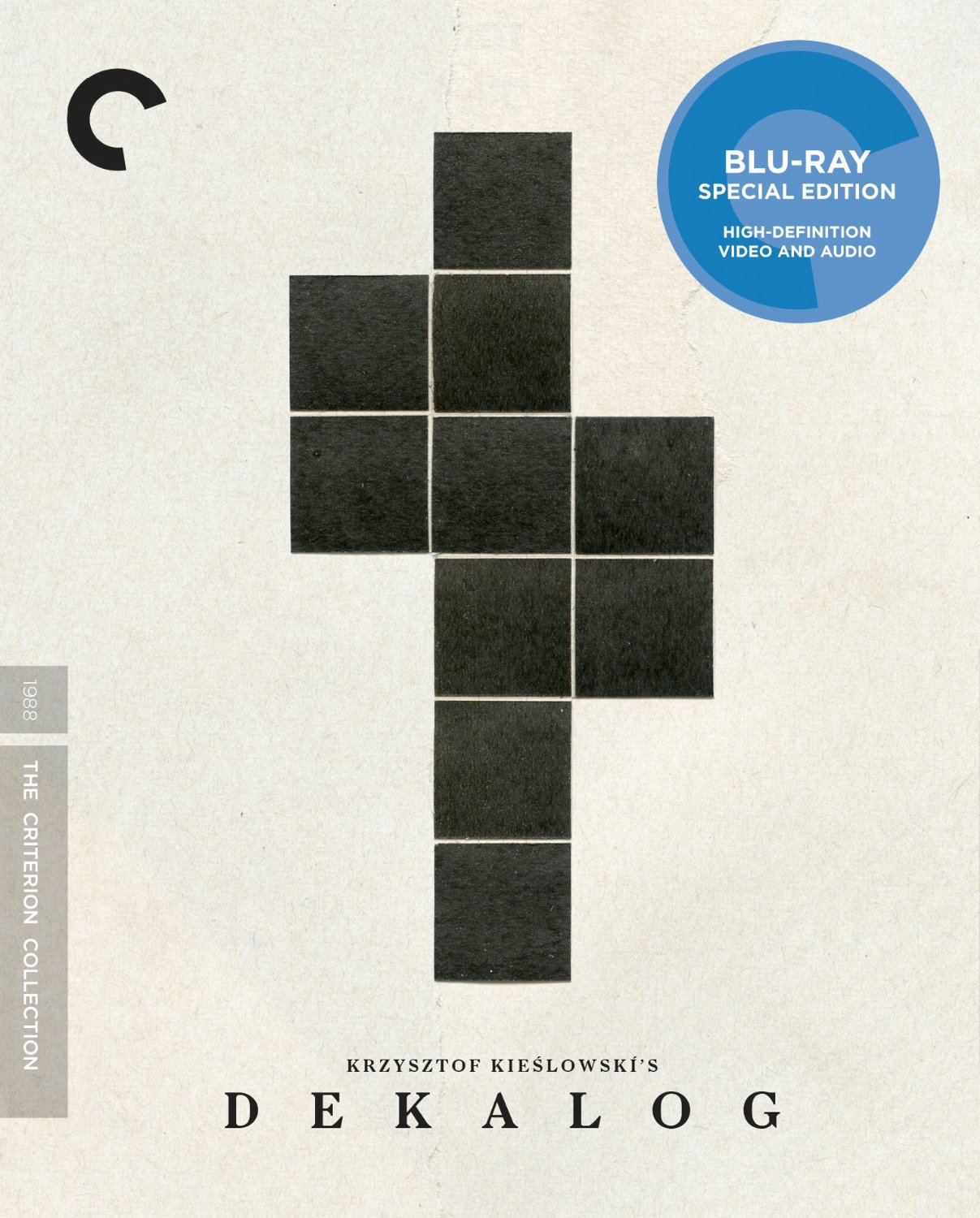 It’s tough to capture the impact of “Dekalog” in words because modern viewers have become so accustomed to high-concept, gimmicky television; a ten-episode series based on the ten commandments sounds like something Ryan Murphy would try in 2017. And yet “Dekalog” transcends its structure. First, it’s not so much about each specific commandment—in fact, some episodes are about multiple ones and it’s never explicitly stated which one is which. The examination of “Thou shalt not kill” in episode five is harrowing and direct, calling into question the death penalty as a violation of that commandment as much as murder, but episode three integrates “Thou shall not commit adultery” with “Remember the Sabbath day.” Instead of offering direct examinations of the commandments, "Dekalog" is an exploration of how they exist in an increasingly complex world.

Take the first episode, arguably the most examined and discussed hour of “Dekalog” (with the possible exception of five). Krzysztof is a good father and teacher. He seems like a decent man, one who is taking care of his lovely son, a 12-year-old who we come to feel honest affection for over the episode. This professor happens to be a man who believes there is an order to the world that can be discerned and analyzed. He programs computers with his son, even teaching one to turn tap water on and off. Is he playing God? The heartbreaking ending of “Dekalog: One” could be read as a castigation against atheism, but Kieslowski has compassion for Krzysztof, refusing to turn him into a villain. And a bit of trivia about the screenplay for episode one and the final product’s exclusion of a major detail about the accident in the episode’s climax as-written is a remarkable one to learn. 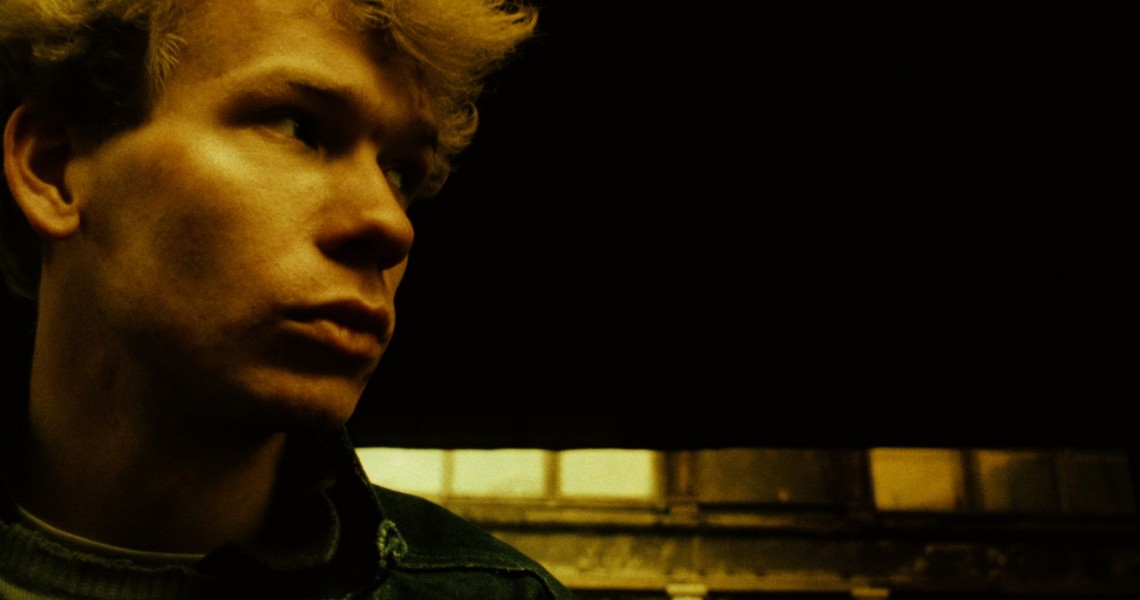 Throughout “Dekalog,” we sense this compassion for Kieslowski’s characters. Most examinations of the Ten Commandments would be more reliant on showing sin in the modern world, but that’s not Kieslowski’s motivation at all. His characters are deeply flawed, and arguably in a way that has come about because of a lack of belief in something greater than themselves, but Kieslowski is more interested in common human experience than vilification of the Godless.

Watching multiple episodes of “Dekalog” in a short period of time has overwhelming power. While all the episodes take place in the same apartment complex, and we sometimes see some of the same characters (the doctor from episode two gets on the elevator with our protagonists in episode four), one starts to notice thematic throughlines more than literal ones—the vulnerability of children, the institutional conditions, suicidal characters—and Kieslowski is always very subtly using visual cues to compound that cumulative effect (many of which are well-detailed in the special features of this set).

Much has been written on this site in recent years about the need for kindness and compassion in cinema, especially as the real world continues to reflect opposite traits. Personally, I’m exhausted by films that feel made by auteurs who don’t actually like their characters and see little more than misanthropy in the world around them. What was breathtaking about my latest excursion through most of “Dekalog” in preparation for this piece was Kieslowski’s willingness to relate to the people in his films. “Dekalog” transports us into situations with which most of us have no actual correlation—the potentially incestuous action of episode four, for example—and yet we see something of ourselves in every single one of these characters. And what we see changes. Episode one takes on a whole new light now that I’ve had three sons of my own. Episode three no longer feels slighter than the rest. Episode five evolves with every single viewing. “Dekalog” transforms with us as we age, offering new things with each viewing. It was essential then, it is essential now, and it will always be essential.

The Blu-ray box set is a beauty. Not only do the ten films look remarkable (and I didn’t even get into the various visual styles that Kieslowski and his cinematographers employ … next time) but the film versions of episodes five and six, “A Short Film About Killing” and “A Short Film About Love,” are also included. There’s a full disc of special features, highlights of which include “A Short Film About Dekalog,” a look at the series by film professor Annette Insdorf and tons of archival interviews taken from a 1987 TV piece about the production of episode two. There’s also a rich, long booklet including essays about the films by Paul Coates and excerpts from “Kieslowski on Kieslowski.”

To get your copy of "Dekalog" on Criterion Blu-ray or DVD, click here.