Where I stand on the Occupy movement 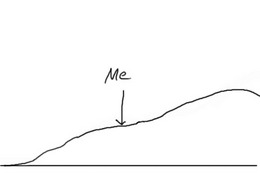 I commissioned this chart to make my position clear. I've avoided the subject until now because, while I instinctively felt I must be in favor of the Occupiers, I wasn't sure what the movement stood for. I support most populist uprisings on matter of principle, and would perhaps even support the Tea Party were it not demonstrating in favor of the very things that are wrong.

I believe the Occupiers are opposed to the lawless and destructive greed in the financial industry, and the unhealthy spread in this country between the rich and the rest. It is sickening to see how the rich and their pawns oppose desperately-needed Universal Health Care, and sad to see the Tea Party fall in line with their shadow masters to oppose something most of them will someday need.

I have also felt despair at the way financial instruments were created and manipulated to deliberately defraud the ordinary people in this country. At how home buyers were peddled mortgages they couldn't afford, and civilian investors were sold worthless "securities" based on those bad mortgages. Wall Street felt no shame in backing paper that was intended to fail, and selling it to customers who trusted them. This is clear and documented. It is theft and fraud on a staggering scale.

As we head into another election year, the Republicans actually oppose efforts at financial regulation and reform. They are against government measures that would introduce transparency and accountability into the markets. The GOP is owned by Wall Street. My litany could go on forever. Democrats try to punish the wrongdoers, Republicans shelter them, and the House GOP majority stonewalls. But you know that. And if the Occupy Movement stirs up awareness about it, I'm in favor of it.

My hesitation all along has come with uneasiness about the Occupy tactics. The idea of physically occupying public spaces--parks, plazas, malls and so on--is a questionable strategy. The notion of pitching tents, running kitchens and maintaining libraries on a quasi-permanent basis would have Saul Alinsky tearing his hair out. If you set out to do something that will obviously not work, you're setting yourself up for inevitable failure. Very few people are mentally or constitutionally able to live in a tent for long, especially with the approach of winter. Young and strong people can. Soldiers do. But the Occupy movement is intended to be populist, and a great many ordinary people have children, families and income requirements that make it inconvenient to camp out. 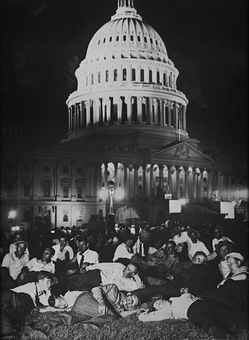 It was a different matter during the Great Depression, when tent cities named Hoovervilles sprang up on the National Mall and elsewhere. Their inhabitants were actually unemployed and homeless men and women who were forced to such extremes. A few of the Occupiers fit that description. I believe most do not.

The beauty of the Tea Party is that it's a moveable feast. It doesn't require a lasting presence in Manhattan, Portland or Denver. It can gather, demonstrate, and disperse. Reports from Tea Party rallies last year indicated in some cases the very same people were moving themselves or being bused from one demonstration to another. The rallies were a recruiting device. They were fun. Occupying looks more like work that requires a radical change in lifestyle. The fact is that Occupiers should belong to no political wing. Republicans as well as Democrats should be fed up with the rot in our financial system. It should be apparent to them that the Republican Party is the legislative wing of Wall Street theft. Populists are called socialists, but then "socialism" is always the term aimed at financial reformers. It would be more accurate to call them Law Enforcers, or Fair Shakers. Successful as it has been, the Occupy Movement should be much larger and encompass more different kinds of people. By its radical tactics, it has seemed exclusionary. Everyone should feel invited to join.

Let me give an example of its potential . A few weeks ago I read this in an op-ed column:

"How do politicians who arrive in Washington, D.C. as men and women of modest means leave as millionaires? How do they miraculously accumulate wealth at a rate faster than the rest of us? How do politicians' stock portfolios outperform even the best hedge-fund managers? I answered the question in that speech: Politicians derive power from the authority of their office and their access to our tax dollars, and they use that power to enrich and shield themselves.

"The money-making opportunities for politicians are myriad...accepting sweetheart gifts of IPO stock from companies seeking to influence legislation, practicing insider trading with nonpublic government information, earmarking projects that benefit personal real estate holdings, and even subtly extorting campaign donations through the threat of legislation unfavorable to an industry. The list goes on and on, and it's sickening. 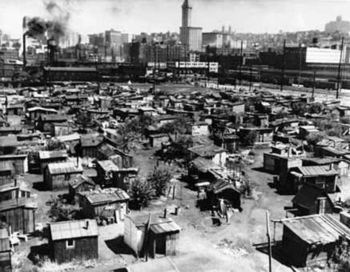 "Astonishingly, none of this is technically illegal, at least not for Congress. Members of Congress exempt themselves from the laws they apply to the rest of us. That includes laws that protect whistleblowers (nothing prevents members of Congress from retaliating against staffers who shine light on corruption) and Freedom of Information Act requests (it's easier to get classified documents from the CIA than from a congressional office).

"The corruption isn't confined to one political party or just a few bad apples. It's an endemic problem encompassing leadership on both sides of the aisle. It's an entire system of public servants feathering their own nests."

End of quote. I agree with every word. The full column appeared on the Wall Street Journal on Nov. 18, 2011, and it was signed by Sarah Palin. In a way that doesn't surprise me. I think Palin may instinctively be a populist when she's free of handlers, and although she toed the Republican line in 2008, she's not following it here. Those words would not inspire a standing ovation at a Republican National Convention.

A clear majority of Americans should be in sympathy with the Occupy Movement. That they are not is a tribute to an effective right wing propaganda machine given voice by Fox News and radio talkers like Rush Limbaugh, and financed by the Koch brothers among many others. The machine's audience is told to oppose its own self-interest and support the interests of the rich.

"We are the 99 percent," say the Occupiers. Yes, but the ring wing propagandists say the rich are the engine driving the creation of wealth. While it is true that they create a great deal of wealth for themselves, in the current American financial universe they seem to be sucking that wealth from the pockets of the middle class, the working class and the poor.

There was a time in the not very distant American past when it was easier to support a family and buy a home. Now many college graduates find themselves moving back in with their parents. They're living off prosperity that was built up when the economy wasn't stacked against them. 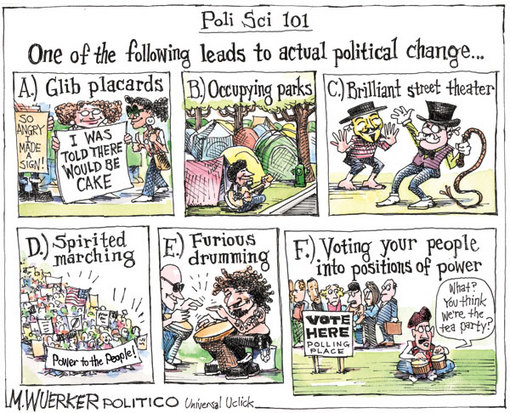