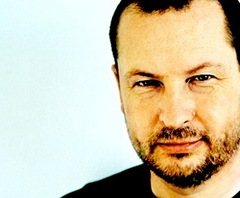 Lars Von Trier's "Antichrist" is poised to detonate at the Toronto Film Festival. This willfully controversial director will inspire, as he often does, a storm of controversy, debate, critics clamoring to get into advance screenings that are already jammed, and a contentious press conference. Of the 400 or so films at TIFF this year, "Antichrist" was the first that sold out in advance. It was the same last May at Cannes, and that was before it has even been seen.

Von Trier was nothing if not canny in his title for the film. By naming it "Antichrist," he provides a lens through which to view its perplexing behavior. By naming his characters only He and She, he suggests the dark side of an alternative Garden of Eden, and then disturbing his ending becomes a mirror image of Christ welcoming the faithful into the kingdom of heaven. The title instructs us where to begin. If he had named the characters John and Mary, and titled the film "A Nightmare," what conclusions might we have arrived at?

On this eve of the 34th annual festival, I thought it might be useful to provide s flashback to what I wrote from Cannes in May. Fresh from my viewing, surrounded by the turmoil, this was my blog posted May 19: 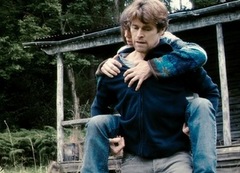 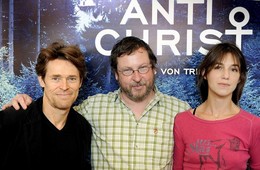 A reader signing himself Scott D posted this comment after my first entry on the film: "If it is in fact the most despairing film you've ever seen, shouldn't it be considered a monumental achievement? Despair is such a significant aspect of the human condition (particularly in the modern western world) so how can this not be a staggeringly important film, given your statement?"

There is truth to what Scott D said. In the first place, it's important to note that "Antichrist" is not a bad film. It is a powerfully-made film that contains material many audiences will find repulsive or unbearable. The performances by Willem Dafoe and Charlotte Gainsbourg are heroic and fearless. Von Trier's visual command is striking. The use of music is evocative; no score, but operatic and liturgical arias. And if you can think beyond what he shows to what he implies, its depth are frightening. 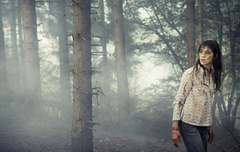 Who is the Antichrist?

The trailer for Von Trier's "Antichrist" (repeated from TIFF #1)