The sudden death of film 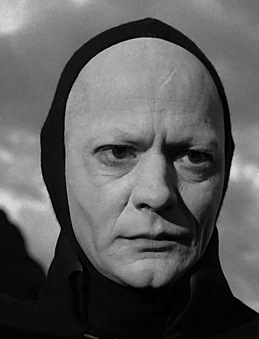 Who would have dreamed film would die so quickly? The victory of video was quick and merciless. Was it only a few years ago that I was patiently explaining how video would never win over the ancient and familiar method of light projected through celluloid? And now Eastman Kodak, which seemed invulnerable, is in financial difficulties.

Many of the nation's remaining mail-order company that processing film from still cameras has closed, even though stills are having a resurgence in serious market. New 35mm movie projectors are no longer manufactured, for the simple reason that used projectors, some not very old, are flooding the market.

The reason for that is fairly disheartening. Some manufacturers of digital projectors required that existing film projectors must be removed from projection booths before their equipment could be installed. Why? No doubt there was some concocted technical excuse for their underlying reason, to slash and burn the competition. (The distracting gimmick of 3D was used to fuel this campaign.) A great many multiplexes are no longer capable of projecting the 35mm format that has served faithfully since about 1895. One film festival, having received its opening night film from overseas, found no theater in town that could exhibit it. 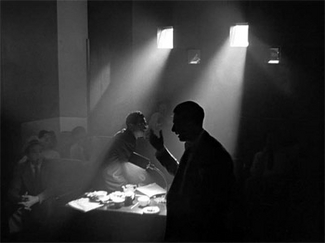 I remember the first year video projection was demonstrated at Cannes. This would have been in the 1980s. A manufacturer arranged side-by-side screenings of the same material on film and videotape (I don't believe digital was operational yet). So limited was the interest, there were empty seats in the theater. The audience, mostly trade people and some movie critics, were unimpressed. We saw the usual shots of red roses and geisha girls. Film looked better, hands down.

But in 1990, in the white frame chapel of Kapiolani Community College on Oahu, the new Sony High Definition Software Center staged a demo of a 36-inch Sony high-definition TV set at the Hawaii Film Festival. This was its official U.S. unveiling. The industry joke had been, "High Definition TV is five years in the future, and always will be." Shohachi Sakai, who accompanied the set from Tokyo, did not disappoint. "By 1995," he predicted, "these sets will be affordable enough for many consumers." What did affordable mean? A 36-inch set is for sale today in Tokyo, he said, for about $40,000. "It is primarily for industrial use," he said--used, for example, as a monitor for technicians editing High Def television. "But the funny thing is, we are sold out," he added. "As many as we make, we sell. Japanese are eager to have the latest technology." 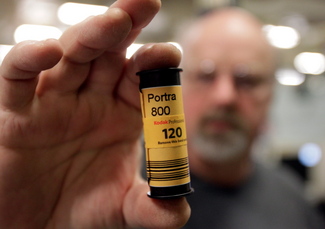 Well, it looked good. For $40,000 it should have. And then the technology moved into projection booths. You don't need me to tell you the rest of the story. Until fairly late in the game, however, I was a holdout. I persisted in preferring the look, the feel, the vibe of celluloid. Film had a wider range--whiter whites, blacker blacks, richer colors. Besides, I explained, satellite projection of theater-quality digital would involve a footprint containing every hacker and pirate in the world. Studios would never risk it, I promised. Yes, but why did I assume studios would use satellites to distribute first-run films?

And on and on. I insisted, like many other critics, that I always knew when I was not being shown a true celluloid print. The day came when I didn't. The day is here when most of the new movies I see are in digital. You and I both know how they look, and the fact is, they look pretty good. We've shown a lot of restored 70mm prints at Ebertfest, and they look breathtaking. But 70mm is no longer a viable format. (When any industry says a format is "no longer viable," that means "it may be better, but it costs too much.")

We live in a time few people could have foreseen on that day in Hawaii. I now view movies on Netflix and Fandor over the internet on my big-screen high-def set, or with an overhead projector on a wall-sized screen, and the picture quality pleases me. The celluloid dream may lives on in my hopes, but digital commands the field. I imagine there will always be 35mm projectors at film festivals and various shrines of cinema. Most of the movies ever made have probably not yet been digitized, and in many cases there may be no money for that. But my war is over, my side lost, and it's important to consider this in the real world. 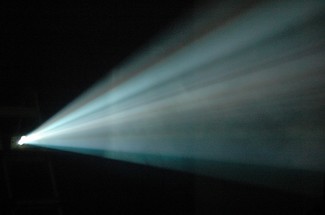 For me, seeing a movie in a real theater with a real audience is an inescapable part of the experience. I watch as many movies on TV as most people, and they're okay that way, but when a movie is on fire I want to sense the audience burning. To be carried along in the dark on a wave of laughter of tears is exhilarating. Therefore, anything that helps theaters against TV in their war of more than 65 years is a good thing.

Digital prints are cheaper to manufacture, distribute and exhibit than film. They also make the distribution of non-blockbuster formats more practical--indies, art films, foreign films, documentaries, classics. Repertory theaters and their daily double features are mostly a thing of the past. The studios have long since stopped making and maintaining regional film exchanges. But today repertory has become thinkable again.

I wrote not long ago that with today's consumer high-def projectors, it is perfectly possible to rent a space and start a repertory theater, assuming you legally obtain the performance rights. Most distributors are happy to work with you--they like more venues. People have written me they run such cinema rooms in their towns or on their campuses. But why, you might ask, would audiences buy a ticket to see a movie they might be able to watch at home on TV? The best reason is a shared common interest. A movie is better with an audience, the ritual is more satisfying, and as new patterns of On Demand form, such venues might get movies before they're available everywhere. They would be another tier in the distribution sequence. 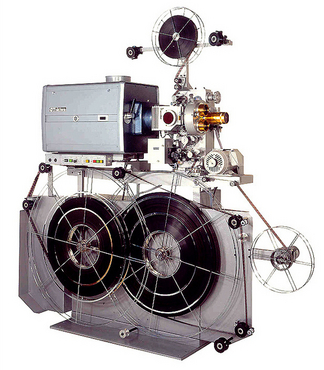 I didn't see this the death of film coming so quickly or so sweepingly, and I imagine the manufacturers of film stock didn't either. Yes, the usual gurus like Scorsese and Spielberg still profess their undying love for celluloid. They both also praised black and white, and made "Raging Bull" and "Schindler's List," and haven't made many b&w movies lately. They've also professed interest in Maxivision, my preference among all formats, which has a picture up to four times as good as anything you can see now. I fear they may have found it "not viable."

Speaking of my fears, I have a final one. Film on celluloid has proven remarkably resilient. Not long ago, invaluable missing footage from Lang's "Metropolis" was found surviving very nicely in Argentina. If we had the missing reel from "Magnificent Ambersons," we could watch it together tonight. How long will the digital file of a new movie survive and be readable? I have memory discs of pretty much everything I've ever written on a computer, but have no idea what format they were created in or how to read them. I also have carbon copies of everything I wrote for the Sun-Times from 1966 until around 1977, when we got computers in the newsroom. I made them on my typewriter. You remember those.  10:52, Nov. 2: I corrected errors of fact in the first paragraph about Eastman Kodak and mail order processors of still photos.