The anger of the festering fringe 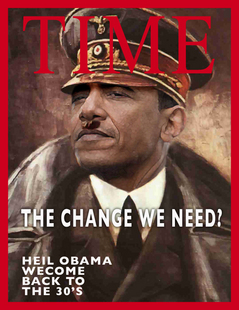 I've had these thoughts for some time, but have been reluctant to express them. Now so many others have voiced them that it's pointless to remain silent. I am frightened by the climate of insane anti-Obama hatred in this country. I'm not referring to traditional conservatives or Republicans. They're part of the process. I'm speaking of the lunatic fringe, the frothers, the extremist rabble who are sweeping up the ignorant and credulous into a bewildering and fearsome tide of reckless rhetoric.

There have always been nuts. Remember when the John Birch society thought Kennedy was a communist? In those innocent days most of the American people were reasonable. They'd shake their heads in wonder at such a weird notion. Kennedy might be one of those liberals, but he wasn't a commie. And when people said Johnson murdered Kennedy? Also ridiculous. But slowly, ominously, things began to change. After his death, it was said that Edward Kennedy was a Soviet agent. These theories have rabid subscribers.

These beliefs are held by various segments of our population. They are absurd. Any intelligent person can see they are absurd. It is not my purpose here to debate them, because such debates are futile. With the zealous True Believers there is no debating. They feed upon loops within loops of paranoid surmises, inventions which are passed along as fact. Sometimes those citing them don't even seem to care if you believe them. Sometimes they may not believe them themselves. The purpose is to fan irrational hatred against our president.

What are we to make of the recent suggestion on the "respected" right-wing site NewsMax, later withdrawn, that "it might not be such a bad thing" if the U. S. military rose up and overthrew Obama in a coup? That sort of talk belongs on a password-protected neo-Nazi or Klan site, not in a place where ostensibly intelligent people look for information. Where were the editors? What did they think? If they're "conservatives," do they support the overthrow of our government by a coup? 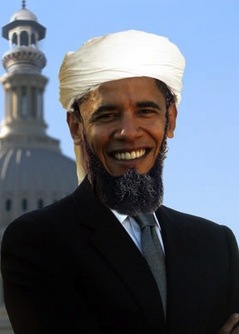 I don't really think so. But I believe they will stoop to almost anything to fan the flames of their cause. And they have created a timidity in the mainstream Republican party, afraid to alienate a "base" it should be ashamed of. When Lyndon Johnson signed the Civil Rights Act, he is said to have observed that with one signature he had lost his Democrats the South. It took moral courage to sign that bill. He did indeed lose the Southern racists, who were to its shame embraced by the GOP -- a poisoned pill, it is becoming obvious.

Now I believe the Republicans are on the wrong side of another issue, health care. Just as they opposed Social Security and Medicare, they are against universal health care, even though it would be of great value to its increasingly older, blue collar, less affluent, more unemployed, less educated base.

Why did health care become a rigidly partisan issue? The watered-down current proposal would essentially extend Medicare to everyone. Is there a Republican who supports Medicare? Who is happy his parents have it -- or that he does? Then let that lawmaker take a careful look at universal health care. There must be more than one Senator (Olympia Snowe) on her side of the aisle with the guts to vote independently of the pack. Nor would I object if a Democrat voted against it; I remember a time before party-line thinking.

But never mind health care. What about the entire climate of paranoia and hate? Have these people always been there? Are they only now becoming more visible because of the internet, cable news and talk radio? They're way, way beyond the pale. I believe they feed more on each other than on what they learn from the media. It's too easy to blame them on Fox News. Somewhere there must be internet sites paranoid even about Fox. Some of these people are uninterested in anyone who doesn't buy into their fantasy. Name a subject, and they know the real story that's being covered up.

Poor Fox is being left behind. It's not extreme enough. After my blog entry on Bill O'Reilly, I've continued to watch him, and while I still deplore his tendency to interrupt people and shout them down, I agree with something many of his defenders say: He isn't crazy, he can change his mind, and he inhabits the same world most of us do. It is permitted for him to be partisan. Rush Limbaugh is another matter, but even he has cut off callers he finds appalling. Glenn Beck remains beyond the pale. He isn't right-wing so much as rabid. His real subject is indiscriminate outrage about whatever comes into his mind. 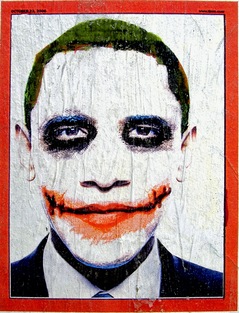 How much of the anti-Obama outrage is racist? Some is. Many of these angry people (I believe, but cannot prove) are made deeply unhappy by the reality of an African-American in the White House. Let's not pretend otherwise. Perform this mind experiment. If Obama had declared war in Iraq and was caught lying about weapons of mass destruction, what would the right have had to say?

Racism plays a role, but conspiracy theories themselves have an addictive quality. They appeal to a personality type. Many of those who take nourishment from them have, I suspect, a bitter resentment against authority. They don't want anyone telling them what to do. They're defiant. Anyone who is in power is lying to them for evil motives. Nothing they learn from the mainstream media can be trusted. Some people may think they're so smart -- but these conspiracy insiders know the real story. They learn it from each other, they embellish it, they pass it around, they "document" it with invented connections, they bond among themselves, and they live in a closed system that seems to validate them.

They lack common sense. Their conspiracy theories cannot tolerate it. Most reasonable people, when they heard Obama wanted to kill their grandmother, simply smiled, because -- well, because they knew he didn't. But the conspiracy people Know Better. That's the whole point. That's where the fun comes in. They have a peculiar intensity in their circular reasoning. They cite facts that are not facts, supported by authorities who are not authorities. As my grandmother freely said of perhaps too many people, "They don't have the sense God gave them."

Some of this may be connected to the weakness of American education. Yes, I know that there are splendid schools and brilliant, dedicated teachers. See my recent review of such a school. But many good teachers will be the first to tell you that they despair of some of the students sent to them from lower grades. They cannot read, write, spell, speak or think on a competent level. They aren't necessarily stupid. The schools, their parents and society have failed them. The words "no child left behind" are a joke. 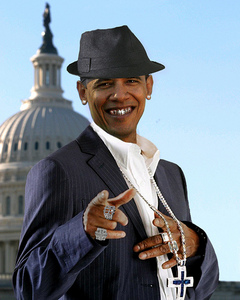 Among the things the schools often don't instill is a sense of curiosity. Too many kids have tuned out. They nurture a a dull resentment against those who know more. Feeling disenfranchised, they blame those who seem to have more information and more words. Some of these victims may in fact be quite intelligent. Some of them may grow up to become fringers. Read the web sites of conspiracy zealots and you will find articulate people who can write well. Their handicap is that they missed the boat when it sailed toward intellectual maturity, and now they're rowing furiously in pursuit, waving a pirate flag. Their screeds are a facsimile of reasoned, sensical arguments. They don't know the words, but hum a few bars and they'll fake it.

All of this disquiet is festering. What will it come to? That's what I'm afraid of. American common sense is drowned out in some precincts by the ravings of the lost and resentful. They feel excluded. They are ripe for demagogues. They have suffered more than their share in the economic crisis, but cannot see why. They are told to oppose, even hate, those who might be trying to help them. Leaving all ideology aside, who in his right mind doesn't want an affordable health insurance plan for his family and his loved ones? Who doesn't believe religion, any religion, does not belong in the schools? Who really thinks the census, which is a vital tool of democracy, represents some kind of occult threat? If census figures had been frozen 50 years ago, most of these people would be disenfranchised today. Who can seriously compare American president to Hitler? Who believes a man who attends church more regularly than any president since Carter is an atheist?

What is the benefit of this hate? What good can come of it? Where might it lead us?

Footnote 12:02 p.m. Oct. 2: I have removed the words "Were liberals angry about Bush? Yes. But liberals played by the rules." They were written too hastily, are alas not accurate, and have sidetracked the discussion thread.

Footnote 6:28 p.m. Oct 3: I have removed the words, "Some of them may have been the victims of child abuse" after receiving this comment from Max Aams: "To imply being abused as a child would necessarily link a person to radicals and conspiracy theorists is a form of labeling that abuses the abused a second time, following up an unfortunate childhood with an adult label that blames, disenfranchises and arbitrarily denounces the abused." I replied: "I intended to suggest some people who have a problem with authority might become fringe-dwellers. But you make a good point, and I have removed the sentence and added a footnote"

Obama is a Muslim