Ten things I know about the mosque 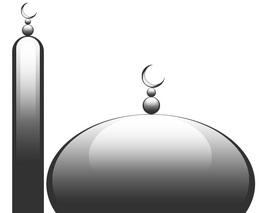 1. America missed a golden opportunity to showcase its Constitutional freedoms. The instinctive response of Americans should have been the same as President Obama's: Muslims have every right to build there. Where one religion can build a church, so can all religions.

inoffensive black woman, and when you attack me for saying it, you are in violation of my First Amendment rights."

3. The choice of location shows flawed judgment on the part of its imam, Feisal Abdul Rauf. He undoubtedly knows that now, and I expect his project to be relocated. The imam would be prudent to chose another location, because the far right wing has seized on the issue as an occasion for fanning hatred against Muslims. It has also narrowly reframed the project as a mosque, rather than a community center with a prayer room, which is what it would be. To oppose it on the grounds that it is Muslim is religious prejudice and nothing else. The Muslims who attacked the World Trade Center are not the Muslims who are building the center.

4. One buried motive for the attacks on Park51 is exploitation of the insane belief of 20% of Americans that President Obama is a Muslim. Zealots like Glenn Beck, with his almost daily insinuations about the Muslim grandfather Obama never knew and the father he met only once, are encouraging this mistaken belief.

6. Somewhere on the Right is an anonymous genius at creating memes. Sarah Palin floats a suspicious number of them: Death Panels, Ground Zero Mosque, 9/11 Mosque, Terror Babies. Her tweets are mine fields of coded words; for her, "patriot" is defined as, "those who agree with me." When she says "Americans," it is not inclusive. These two must have been carefully composed in advance to be tweeted within 60 seconds of each other:

By using the evocative word "shackles" she associates Dr. Laura's use of the N-word with the suffering of slaves. By implying Dr. Laura was silenced by "Constitutional obstructionists," she employs the methodology of the Big Lie, defined in Mein Kampf as an untruth so colossal that "no one would believe that others could have the impudence to distort the truth so infamously." She uses the trigger word "reload" to evoke her support of Second Amendment activists while attacking "activists" for evoking the First.

7. Many Americans and a great many politicians have either never taken a civics class or disagree with what they should have learned there. The major opinion sources in America that seem to devote the most attention to the Bill of Rights are Fox News, Rush Limbaugh and Glenn Beck, all distorting it as an everyday practice. Bill O'Reilly, to his credit, doesn't indulge in this.

8. A meme is infecting our society that Muslims are terrorists and hate America; they are the enemy. It is a cliche to say, "the vast majority of Muslims are peaceful," but is true. When Muslim nations are bombed by America, can those nations be expected to applaud? In Iran after 9/11 there were candlelight marches in sympathy with the United States.

9. I find hope in the words of two American strippers interviewed by the Wall Street Journal. Cassandra, who works at New York Dolls, just around the corner from the proposed community center, said she worried that calls to prayer might wake up the neighbors. The WSJ writes: "But when she was told that the organizers aren't planning loudspeakers, she said she didn't have a problem with the project: 'I don't know what the big deal is. It's freedom of religion, you know?'" 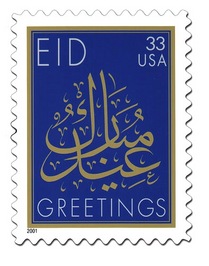 Chris works in the Pussycat Lounge, even closer to the site. When the airplanes struck the World Trade Center, Chris became a Red Cross volunteer working with survivors. The WSJ writes she "sat on a barstool in a tiny, shiny red dress and defended Park51. 'They're not building a mosque in the World Trade Center. It's all good. You have your synagogues and your churches. And you have a mosque.'" Chris lost eight of her friends on Sept. 11, 2001, firefighters from the Brooklyn firehouse she lived next to at the time, but "the people who did it are not going to the mosque."

Cassandra and Chris reflect American values more instinctively and correctly on this issue, let it be said, than Sarah Palin, Howard Dean, Newt Gingrich, Harry Reid and Rudy Giuliani, who should know better.

10. I wonder how many Americans realize the community center is not intended for Ground Zero. What will be constructed there includes a 55,000 square foot retail mall. This mall will be deep enough to connect with subway lines -- deep enough, that is, to theoretically be embedded in the ashes of some of the 9/11 victims.

What might have been more appropriate? On September 12, 2001, I wrote a little op-ed column:

If there is to be a memorial, let it not be of stone and steel. Fly no flag above it, for it is not the possession of a nation but a sorrow shared with the world.

Let it be a green field, with trees and flowers. Let there be paths that wind through the shade. Put out park benches where old people can sun in the springtime, and a pond where children can skate in the winter.

Beneath this field will lie entombed forever some of the victims of September 11. It is not where they thought to end their lives. Like the sailors of the battleship Arizona, they rest where they fell.

Let this field stretch from one end of the destruction to the other. Let this open space among the towers mark the emptiness in our hearts. But do not make it a sad place. Give it no name. Let people think of it as the green field. Every living thing that is planted here will show faith in the future.

Let students from all lands take a sunny corner of the field and plant a crop there. Perhaps corn, our native grain. Let the harvest be shared all over the world, with friends and enemies, because that is the teaching of our religions. Let the harvest show that life prevails over death, and let the sharing show that we love our neighbors.

[ Corrections: 4:53 p.m. 8/21/10: I added these words to point #3:" It has also narrowly reframed the project as a mosque, rather than a community center with a prayer room, which is what it would be. To oppose it on the grounds that it is Muslim is religious prejudice and nothing else. The Muslims who attacked the World Trade Center are not the Muslims who are building the center." In #2, I changed the word "shout" to "repeat." 6:19 p.m. 8/21: I changed "mosque" to "community center" when realizing I was parroting the spin of its opponents. ]