I interrupt my regularly scheduled programming to try explain again what I believe about the issue of the American flag t-shirts in California schools.

In my earlier piece, I made the mistake of using wit and irony. I found many readers who do not receive on those wave lengths. There's a compulsion in some precincts of the Right to find others guilty of crimes out of proportion to the perceived offense. Anyone who is a liberal, as I am, must therefore be socialist, racist, and so on.

Let me begin by repeating something I clearly stated in my earlier article. In fact, I will quote: "Many others informed me that Americans have the right to be proud of our flag, and wear it on T-shirts. Of course they do. That isn't the question." To repeat: Yes, the students have a right to wear the American flag on their t-shirts.

They have this right, even though article 8d in Chapter One of the U. S. Code states, "The flag should never be used as wearing apparel, bedding, or drapery," and article 8j states, "No part of the flag should ever be used as a costume or athletic uniform. However, a flag patch may be affixed to the uniform of military personnel, firemen, policemen, and members of patriotic organizations."

They have the right to do it, even though doing so, according to the Code, is a sign of disrespect.

There are other examples of personal attire which, reasonable people must agree, show disrespect. Appearing nude in public is one. Likewise, most of us don't feel our rights are violated when we see the sign, "No shirt, no shoes, no service." We understand why hotels or cruise ships might specify, "No bathing attire is to be worn in the dining room." San Marco in Venice, in common with many other cathedrals, doesn't allow anyone to enter dressed in shorts; women must not wear skimpy tops. We do not attend a black tie event dressed in cut-offs. We wear a coat and tie in many clubs. And so on. 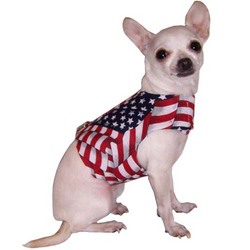 When we fail to do these things, we are showing disrespect to the others present. We may even intend to cause deliberate offense. But yes, in theory, we have a right to wear overalls to a state dinner at the White House.

There are other social occasions more nuanced. A woman has the right to wear a nice dress to someone else's wedding. If she is the former girlfriend of the future groom, however, is she correct to wear a dress more flamboyant or revealing than the bridal dress? People would gossip. The bride's feelings would be hurt. A man has the right to wear a good-looking suit. But if he were on the board of Ralph Lauren and were attending a company sports outing at the invitation of RL himself, how appropriate would it be for him to wear fashions by L. L. Bean? 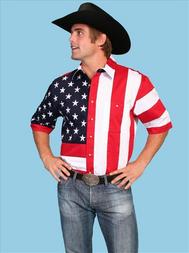 Now to those American flag t-shirts on Cinco de Mayo. This is a holiday that celebrates one of the many ethnic heritages comprising American society. Many of my critics were surprised to learn that Cinco de Mayo is not a holiday in Mexico, except in the one Mexican state where a victory was achieved over the French. It is a holiday observed continuously in California since 1863, a year when none of my own ancestors had yet arrived in America. How about yours? It is older than any other ethnic holiday observed in California.

It isn't a solemn religious holiday, like Christmas. In practice it's more an occasion for celebration, speechmaking and partying. It has been generally adopted by Hispanics in America, whether or not they come from Mexico. This is their right. 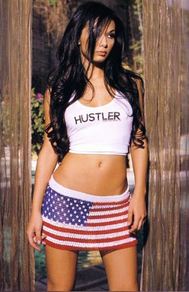 High schools, as we all know, are places where students begin to define their personalities and identities. Assume they are Mexican-American in California, a state with a rich heritage of achievement by their people. Their ancestors may have been discriminated against there. Cinco de Mayo is one day when they can celebrate their heritage, and their non-Hispanic friends can join them.

At this high school, let us hypothesize, Mexican-Americans are in the minority. On Cinco de Mayo, five students appear at school wearing American flag t-shirts, and bathing trunks in one case, as is their right. This is perceived by an administrator as an intent to create a provocative and divisive situation; he reads it as disrespect, on this particular day, toward Hispanic students. The flag-wearers students are asked to go home. 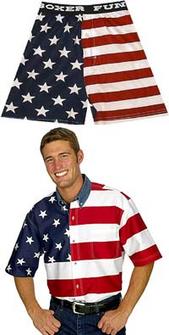 There is a controversy. The administrator who sent the boys home apologizes for his decision. Learned editorial writers sadly explain he lost a "teaching opportunity" to illustrate the practice of Freedom of Speech.

Well, perhaps he did. I can think of another lost teaching opportunity: One to illustrate the practice of tolerance and empathy. It is not kind or good to deliberately make a point of offending another group. This has nothing to with the American flag itself, which I'm sure those Mexican-Americans consider their own. Many of their older brothers and relatives may now be serving in American uniforms. 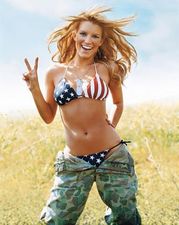 Forget about my attempts at humor in my earlier article. Please believe that I did not intend to equate our flag with the Soviet flag. I was disappointed in my critics for deliberately "misunderstanding" my arguments to paint me as anti-American and in some cases wish death upon me. Traditional conservatives might have engaged in a useful discussion of the issues, and not descended immediately to cruel personal attacks.

We have here a new bill proposed by Arizona Gov. Jan Brewer to ban ethnic studies programs in the state's high schools. The State Superintendent of Schools believes such courses promote "ethnic chauvinism." American high schools promoted ethnic chauvinism for many long years when the favored ethnic group involved citizens of European descent. Is it a bad thing for us to learn more about the culture and history of those others who share this nation? Apparently so. Is that racism? I'll let you decide. 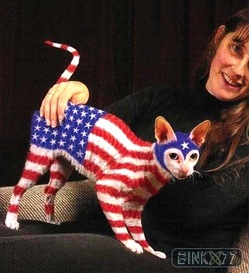 Brewer fears such high school courses will, quote, "promote the overthrow of the U.S. government, promote resentment of a particular race or class of people, are designed primarily for students of a particular ethnic group or advocate ethnic solidarity instead of the treatment of pupils as individuals."

Nearby in Texas, Gov. Rick Perry told a Tea Party convention he thought secession from the Union was an option, because "if Washington continues to thumb their nose at the American people, who knows what may come of that." I'd welcome a statement by Gov. Brewer about whether that statement contemplates the overthrow of the U. S. government.

Let me end on a more positive note. We all came to this continent from somewhere else. All of us, even the Native Americans, who walked over a land bridge from Siberia. My grandparents came from Germany, Ireland and Holland. Yours came from somewhere. You are the child of immigrants. That's how it works here. We're all on board. Let's sail the ship of state together. 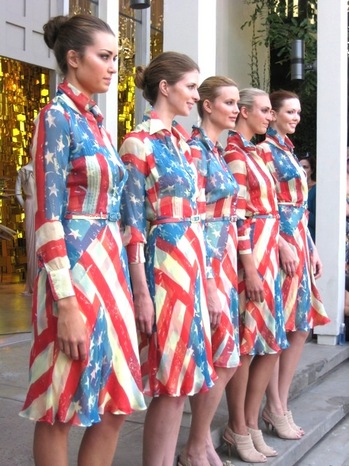