O Captain! my Captain! our fearful trip is done 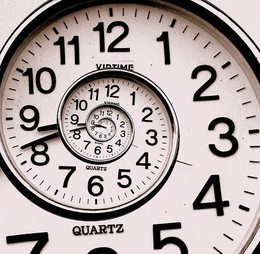 Those who opened their eyes when I did are closing them now. Word reached me on New Year's Eve of two friends, one who has died, another who has returned home from hospital for palliative care. The first memories that come into my mind is of them laughing. I believe anyone who knew them would say the same thing. In my exploring years, when I was young and healthy and life was still ahead, they were stars in my sky, who had always been alive and would always be alive, because that is how we must act if we are to live at all.

I cannot cry anymore. Why, I do not completely understand. It must have something to do with losing my voice. A few tears sometimes come, but the shuddering sobbing, as when I buried my face in a pillow when my father died, or fell on my knees at my mother's bedside, or embraced a friend at the grave of Bob Zonka--that's over with. I sat here and looked at my memories.

That began early this morning. Awake around seven, I choose to doze a little. My mind began to poke around in my undergraduate years, in a stream of thought about discoveries I'd made at University. Perhaps this was inspired by the new documentary "Paul Goodman Changes My Life." Goodman's book Growing Up Absurd was a bible for the 1960s generation. And his The Community of Scholars described an ideal university which was not walled within specialist areas but encouraged students to explore the riches of life.

In Urbana I attended events unceasingly. Movies, plays, concerts, the folk song club, poetry readings, visiting lecturers, political meetings, football and basketball games. During my doze I remembered how full my life was then. And how my shelves filled with the books I learned about in class or found on the shelves of every bookstore. So much truth, grace and inspiration to be found.

I met the friend who died at the annual Conference on World Affairs at Boulder, which I attended for about 35 years. For a week every spring I was barraged by panel discussions, surrounded by interesting people, made lifetime friends, attended concerts and plays, plundered used book stores, met people from all over the world. All of them involved in thinking, asking, discovering. Just as many opportunities were available in Chicago as in Boulder, but in Chicago I was always busy. It struck me that I could retire happily in Boulder or another place with a good university and a smaller population. The reason my Boulder friends all seemed so current and involved was that, in a sense, they were still at college. It must be the same in all good college towns. One hears of Madison, Austin, Missoula, Bloomington. Urbana.

To the degree it is possible, I've tried to live my life as an undergraduate still rummaging around in the world, and so I met others who did, too. I found a passenger to share the voyage, and married her. At the newspaper there were many others still rummaging, because what is a newspaper reporter but someone who wants a license to go places and ask questions of strangers? My friend in palliative care was in journalism all his life--writing, editing, broadcasting, teaching, publishing. Laughing. Getting together. Staying in touch. Being a friend.

That book Bowling Alone has a title which haunts me. All over America, the walls are going up. People do not mix and associate as much, join as many clubs, get in the swim. We have the right to privacy, but we no longer feel we have the right to go next door and pay an unannounced call. We get looked at strangely. Why are we there? If you say, "I just thought I'd visit my next door neighbor," you get looked at strangely, even with fear.

When we're born we find ourselves on board Planet Earth for a voyage of undetermined destination and duration. It is a very big ship. At first we see only a few passengers, then more and more. There are many decks. We never see some passengers, but we hear about them, and they enroll among the living in our minds. Some come attached with relationships ("Your Uncle Charlie in Taylorville"). Some with titles ("Sir Winston Churchill"). Some with functions ("Joe DiMaggio from the Yankees"). Some with such accomplishments their names say enough ("Ernest Hemingway." "Louis Armstrong." "President Roosevelt." "Albert Einstein"). All of those people were on board when I joined the cruise. All have died. One purpose of an education is to create an interest in the people who were former passengers. What was the ship like for them when they were on board? 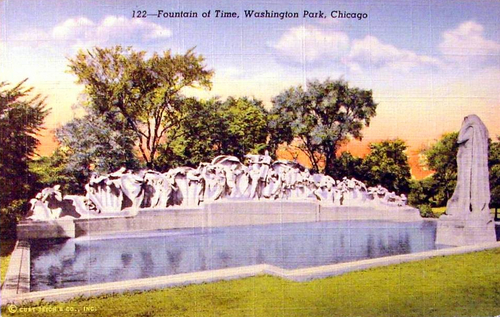 With our friends, the gift of life is taken for granted. We can pick up the phone. We'll see each other next time. Every Friday night. Every Thanksgiving. Same place, next year. They will always revolve into view. Then the first important person dies. For me, that was my father. It was an enormous event. It wasn't supposed to happen. In the years to come the annual losses began to grow, until I passed a tipping point and knew more dead people than living ones. Should I be packing my bags for disembarkation?

Life on this planet has consisted in an unbroken chain of creatures striving to live and reproduce. At some level, even a very elementary one, this has involved curiosity: What must I as an organism do in order to succeed? In the evolution of species an important step comes with the development of boredom. If life consists only of eating and reproducing, one's existence is jam-packed. Boredom presents the problem of unemployed time, and how to fill it. From boredom has grown human civilization and all of its arts and sciences.

The friends I mentioned at the beginning were not bored or boring. They were curious. Choose your best friends among those who bring something to the party. It's not so easy to make new ones. As you grow older, a relentless narrowing takes place, until if you grow old long enough you're reduced to your original state when you first boarded the vessel: Those who feed and care for you.

The news about these two friends drew the noose a little closer. As their names come into my mind, they are no longer on the passenger list. It gets lonely. George Burns was told to date girls his age. "There are no girls my age." For all of us, there are fewer and fewer people our age. Who wants to be the last one on board? I am happy I knew them. They were happy they knew me. We made it a little less boring.