No animals were Uncanny Valleyed in the making of this movie 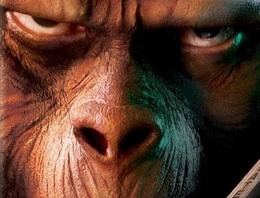 A reader named Zig writes me from Cliffside Park, New Jersey: "What is your opinion of Amy Kaufman's LA Times piece about animal use in films, the subject in general, and whether digital technology, like in 'Rise of the Planet of the Apes,' can currently capture the natural personalities of individual animals, or will we have to wait for technology to advance just a little further?"

His query was inspired by Amy Kaufman's much-quoted column about protests by animal rights activists against scenes in "The Hangover Part II," "Zookeeper," "Water for Elephants" and others. Should electric shocks be used to train elephants? Should monkeys be seen smoking?

We can begin in universal agreement on one area: Living animals should not be subjected to physical or emotional distress for the purpose of our entertainment. That seems obvious, and yet for years in Hollywood, hidden shocks, trip ropes and cruel training methods were hardly even questioned. The show had to go on, time was money, and trainers felt intense pressure to deliver on time. God forbid an animal would spoil a shot.

It is now expected that a movie using animals will carry a seal of approval from the American Humane Association. The meaning of this seal may be less than it seems, since the AHA's resources for monitoring filmmaking are stretched thin, and it can hardly know what happened in training before a film began. But it means something. 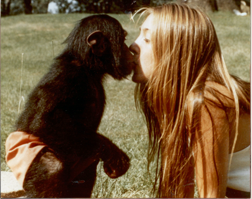 It can also be argued that some animals respond well to being trained, and enjoy doing tricks. I believe they sense approval and bask in it. Evolution has programmed them that way, as part of their array of strategies for convincing us to feed, water and care for them. Dogs are grateful for recognition, and cats in particular seem to consider us their staff members.

In a movie like "Rise of the Planet of the Apes," I believe relatively few real chimpanzees were seen, and they often had CGI "stunt doubles." The animal characters were required to perform such elaborate actions with precise timing that training wouldn't have been practical. They also had remarkably human facial expressions and body language, but because those were well done I doubt if many moviegoers had their Uncanny Valley reflexes triggered.

As it happened, not long before "Rise of the Planet of the Apes" was released, many people were seeing the documentary "Project Nim," in which a chimpanzee was essentially trained to the limit of its intelligence to live as a human, and then, as all chimps must, reached sexual maturity and started asserting itself. There followed a depressing series of attempts to find him an appropriate home. And the documentary "One Lucky Elephant" was about a similar problem for a circus elephant, whose besotted owner almost seemed to need his own resettlement program. 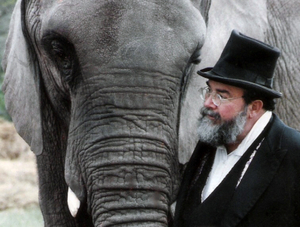 Some animals have evolved to be comfortable with humans, none more than dogs and cats. Others are wild creatures and in the long run we're only fooling ourselves that they're not. Still others are work animals, although no child has run from a theater screaming, "Mommy! Mommy! Who are the mean men making that ox pull the plow?" And other animals are raised as food crops. There are few careers available to pigs that don't involve being eaten.

Now the question is, will advanced CGI allow convincing animals to be created out of thin air and shown doing essentially anything? Yes, that day has come. Although no chimps could achieve the real-life subtlety of those in "Rise of the Planet of the Apes," I doubt if that distracted many filmgoers. When things started going wrong for them, however, no one felt pity because by then, as human-like as they were, they had been reduced to interchangeable CGI beings. Finally they arrived at a happy ending which was possibly happier for us than for them.

There is a Valley that does not yet have a name, between characters on the screen that are thought of as real, and others--also played by living creatures--that are not processed in that way. In "The Hurt Locker," it made a great deal of difference which characters died and which did not. Some were individuals, some were targets. In most modern action films, a majority of the victims have no more meaning than video game targets. 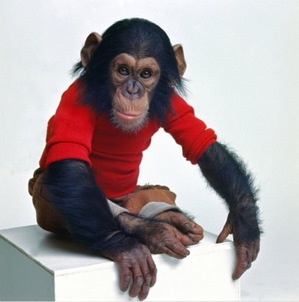 But wait. Would that also apply to animal targets? If there were a movie in which the beasts of Africa were shot dead as quickly and in such numbers as enemies in a war movie, how would that feel? If guys with automatic rifles on rooftops get shot, throw up their arms, and fall into the street, that's supposed to be a good thing. If the same number of zebras and giraffes were killed, how would that feel? Not so great. Thought-provoking, that in fiction we value the lives of animals more than those of our fellow men.