My mighty hammering over "Thor" 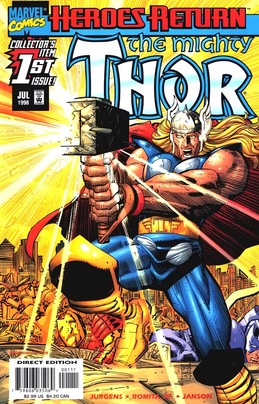 If I had my piece on "Thor" to write over again, I think it would be more bemused and whimsical. My tone was off. I brought too much anger to a trivial entertainment. When I described it as "a desolate vastation," I went perhaps one hyperbole too far.

I try to use a generic approach in my reviews. I approach a movie with some idea of their intention and the expectation of their target audience. I compared "Thor" to other movies based on comic book heroes, and found it lacking. But it doesn't really intend to be good in the sense that "The Dark Knight" or "Spider-Man 2" are good. It's pitched at the level of a children's movie, although the expensive scope of the production tends to conceal that.

I've found that the fiercest devotees of a movie are likely to be those expert in the material -- unless they're the most offended. Members of the Ayn Rand cult, for example, praised "Atlas Shrugged" as a great movie because they worship Ayn Rand. They brought more to that dismal film than it brought to them. In the case of a movie based on comic books, there will be a large fan base who study the original comics with the devout precision of a Randian, a Biblical scholar or a Shakespearian. Comics are their holy writ, as I discovered even in the process of praising "Watchmen." 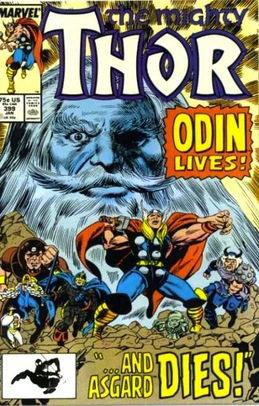 It is impossible for most critics to be familiar with the source material of most movies, and that doesn't bother me. A movie must contain whatever the audience requires in order to enjoy it. It's not required to be "faithful" to its source, as if adaptation were adultery.

After my "Thor" review hit the fan, I was pummeled by outraged comments. A large number cited factual inaccuracies and speculated that I had not seen the movie at all. Some stated that as a fact. One called for me to be fired. Of course I saw the movie. I haven't spent 44 years at this to start making things up now. I might indeed question how many other movies some of my correspondents have seen, since they confused "Thor" with a good film.

But I did make mistakes. Some of my inaccuracies came from a failure to understand plot points. I wondered, for example, why a giant metal robot chose to attack a small New Mexico town when it could have been attacking the Golden Gate Bridge. I was eviscerated for not knowing that the robot is named the Destroyer, and that of course he attacked the town because that's where Thor was, you see, and Thor was in New Mexico in the first place because that's where the Portal from Asgard leads to. Well, obviously it led to New Mexico, because that's where it took him, but why did it lead there? Because it did in the comic books, I guess. If the name "Destroyer" was used in the movie, and I suppose it must have been, it simply didn't register with me. With some films every frame seems to register. Others have a strange quality of slipping wraith-like through my mind without hitting any brain cells. 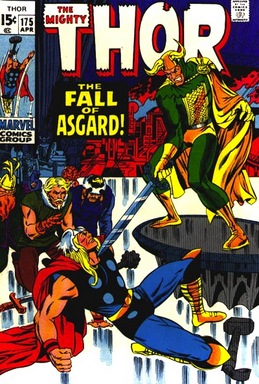 If the robot was named the Destroyer, the best reason for my failure to recall its name was that I just didn't give a damn. There were also complaints about my description of the destruction of the Destructor, because although it is clearly halted by a sword into its spine, it isn't yet finally destroyed. My purpose was to be amused that a robot would have a spine.

I was criticized for my confusion about the physical location of Asgard. There is a "real" Asgard in Norse mythology, but I concluded reasonably that "in the movie it is not of this earth and must be elsewhere in the universe." For this I was told I was a fool. Of course it is on another planet, readers said, because the comics explain all that. I failed to cite holy writ. I was also unclear to me whether the Frost Giants of Jotunheim are on the same planet as Asgard or on another one, because they are linked by the same Portal (which I unwisely called a bridge) that joins Asgard to Earth. 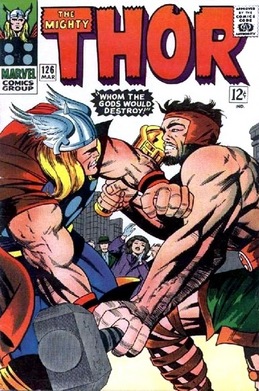 Oh, my errors were many. I said Thor encounters "three human scientists." Jane and Dr. Erik are scientists, but Darcy, who moves with them as a unit, is only Jane's friend. That was a minor error compared to my next one, in writing "Thor's hammer hurtles to earth and becomes embedded so firmly that it can't be pulled lose by a pickup truck or even the federal government." More proof I didn't see the movie. Didn't I realize it could be lifted only by Thor, after he became worthy of it?

Yes, I realized that, but what I wrote was quite accurate from the POV of the earthlings in the movie, who kept tugging at it. I also realized that the villain, Loki, is not literally Thor's brother but was adopted. Quite a point is made of that in the film. Readers thought I didn't know that. But if your brother is adopted he is still your brother, and in not mentioning that he was adopted I hoped to fend off an attack by the Spoiler Police, because the news that he was adopted comes as a surprise to Loki and many in the audience. Perhaps students of the comic books knew of this so well that mentioning it wouldn't have been a spoiler. I assume most audience members, however, didn't know it. 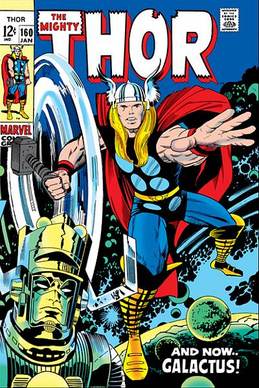 And so on. Readers attacked me for being unimpressed with Loki's stature as a villain. I asked, "will you be thinking of Loki six minutes after this movie is over?" Yet six minutes have passed and here I am still thinking about him. I was especially wrong, I learned, for suggesting that (as comic book villains go) Loki was inferior to Doc Ock in "Spider-Man 2." Here I can accuse my critics of being wrong: To say Loki is a better villain than Doc Ock is clearly an error of fact. Did they really see the movies?

Obviously my mistake was to get into the plot at all. One of my weaknesses is to play with the logic of preposterous movies like this. I consider that an amusing exercise, to be read as entertainment and not taken so damned seriously. It even crossed my mind to do a paragraph about the difficulties of agriculture in the sub-zero kingdom of Jotunheim, speculating that perhaps the Frost Giants raised herds of the kinds of microscopic creatures science has found living under the Antarctic ice shelf. I'm glad that I didn't, because somehow I know the flora and fauna of Jotunheim have been exhaustively explained in the comic books. 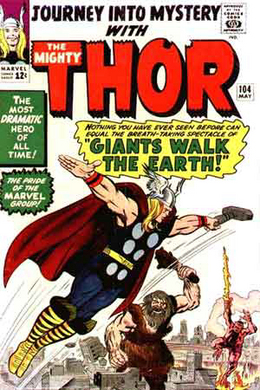 There is a larger question here. Does it make a movie "good" because you "like" it? No, it doesn't, and I have liked a lot of bad movies. It is helpful to separate one's immediate amusement from more lasting standards. "Thor" is a minor superhero movie with a boring back story and an underwhelming weapon (his hammer). Eventually Hollywood will exhaust every last one of its superheroes and start on remakes (there has already been a new version of the Hulk which is much inferior to the Ang Lee version). The reason we get so many comic book superhero movies is that they all share the same High Concept: "Here is another one of those comic book superhero movies." The TV ads can hammer viewers with a lot of special effects.

Such movies are also useful for marketing purposes. Hollywood lives in thrall to the concept of a Franchise. It is difficult to get a movie made in the first place, but more difficult to prevent it from spawning sequels. Some moviegoers have a reluctance to see a film unless they have a very good idea what they're going to get. That's why trailers deliberately give away so much of the story.

What did I learn from this adventure, if anything? I hope I learned to flail less. I don't consider my reviews instructions to readers about whether they should see a film. They're more like a continuing conversation. Nobody enjoys it when people get too wound up and start shouting. I hope to have a good time at a movie, and to provide a good time in writing a review. My guide is Dr. Johnson: "Those who desire to partake of the pleasure of wit must contribute to its production, since the mind stagnates without external ventilation."