Much ado about the N-thing 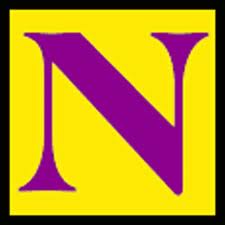 I should have used the actual N-Word. Then I wouldn't be in the middle of what Huffington Post calls "an N-Word" controversy. By N-Word, I mean, literally, "N-Word," that sly usage that goes along with "F-Word" when we want to say a word without saying it.

By its coverage of this "controversy," HuffPost demonstrates its roots in Old Media and an almost deliberate cluelessness in its struggle to lure meaningless page visits.

My love of Huckleberry Finn is great. I would sacrifice every video game in existence rather than lose Mark Twain's novel. I've defended Huck Finn for years against the tone-deaf Puritans who have banned it from schools for its use of the N-Word. Anyone offended by the use of that word the way it is used in Huckleberry Finn cannot read and possibly cannot think.

The word is spoken by an illiterate 11-year-old runaway on the Mississippi River of the mid-19th Century. He has been schooled by his society to regard the runaway slave Jim as a Nigger and a thief. Jim's crime: Stealing himself from his owner. Huck reasons his way out of ignorant racism and into enlightenment and grace. He makes that journey far in advance of many of his "educated" contemporaries. Part of reading the novel is learning to be alert about how the N-Word is used in that process.

In an outbreak of mealy-minded Political Correctness, an edition of Huckleberry Finn has now been published which meticulously replaces the word nigger with the word slave. The argument is often put forward that a young reader might be traumatized by finding a word in a 19th century novel that he hears a hundred times a day. If I were that young reader, I would be more disturbed by the notion that I was incapable of learning how and why it was used. But then I am not that young reader, as I was about to be reminded.

In any event, I fired off the following Tweet:

The next day, a reader steered me to a blog pointing out, quite correctly, that I am not likely to be called a nigger or a slave, and might better have left the druthers to those who might be. At that point I tweeted the following:

Of course Twitter doesn't black out words. That graphic was provided by HuffPost, to avoid offending its millions of readers who have never seen the word Nigger in print. If you look carefully, you'll see that Huff's web wizards made the block just a teeny tiny bit transparent, so you can see the word dimly peeking through. This reminds me of the wet T-shirts worn by the troubled starlets that HuffPost features with such unflagging dedication. I applaud their daring in not blacking out "****."

My original Tweet needs no explanation for anyone. Nor does my second Tweet. Nor does HuffPost's tease: 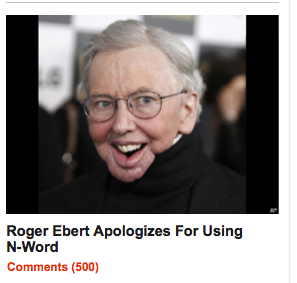 This is designed, as so much of HuffPost is designed, to trick us into extra clicks. From the headline on the top page you go to that one and have to click again. Fooled ya! I 've lost so much time clicking blindly around on the Huffington Post that if I could retrieve it I would have, in the words of old Mate Cuppernell down home, time for a shit, shave, sandwich and seegar.

Has HuffPost ever been on Twitter? There are countless kerfuffles like this every day. I look a unwarranted liberty, I was called on it, I thought better of it, I said so. Nobody thought I was evil. Stupid and insensitive, yes. Firing off Tweets recklessly, yes. Case closed, except for Huff's headline about my "N-word controversy," which raises the possibility that I was taken by a spell of Tourettes and stalked through City Hall shouting the N-Word.

I thought I might go on discuss the whole N-Word and Huckleberry Finn matter here, but after reading the first five of more than 500 comments under Huff's article, I feel adequately defended. That leaves only HuffPost's use of the black bars in the two Tweets reproduced above. Are they more obscene, or more hypocritical? I'm torn.