Midnight at the oasis

Everywhere I go, as much as I can, I listen to National Public Radio. It's an oasis of clear-headed intelligence. Carefully, patiently, it presents programming designed to make me feel just a little better equipped to reenter the world of uproar.

I've written before about the disintegration of journalism, of the lowered standards everywhere in today's media. As a nation we once said, give us the facts and we'll make up our own minds. Now we say, spare us the facts and make up our minds for us. We have grown impatient, and the national attention span shrinks until even a 10-minute video on YouTube can seem unendurable. Nuggets of celeb gossip distract us on our way to oblivion. Studies document the way the internet is fragmenting our minds.

I'm part of this. I'm a promiscuous Tweeter. I don't read as many books as I once did. It is probably good for me that I see six or ten movies a week, none of them vulnerable to fast-forwarding or channel surfing. You just have to sit there are watch the suckers. My latest Great Movie, Kurosawa's masterful "Red Beard," was more than three hours long and I felt cleansed of clutter afterwards. 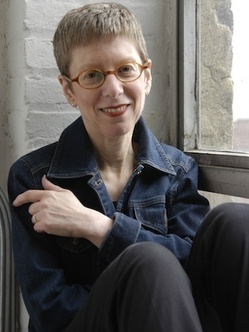 NPR brings fresh air into my mind, and not just with Terry Gross's show. The hosts seem calm and civilized. Their questions are good ones. You never catch them being clever for the sake of being clever. It's not happy talk. It's in good taste. NPR obviously makes a lot of effort to bring in guests that are appropriate to the subject; a lot of pre-production goes on. There's no catering to prejudice. No agenda.

There are radio essays from around the world. Local sounds and voices, sometimes with a translation. Tastes of Africa or Asia. Foods and rituals, emergencies and heartbreak, music and whimsy. A taste of BBC news. Some programming from Canada. Hour after hour, day after day, its standard of quality is daunting. 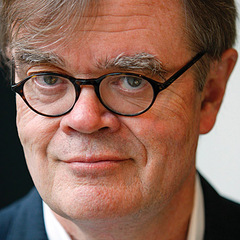 NPR surely is the voice of America -- the voice I hope the world is listening to via the internet. It is the voice of our better nature. We are not all snarling dogs of Left and Right, feasting on shreds torn from the Body Politic. Some of us (maybe most of us, when the mood is right) are kind, curious, sane. We are interested in other peoples, other lifestyles, other choices. We do not demand that the media tell us over and over again the things we already believe. We are open to new ideas.

In my mind the most "American" program in American broadcasting for some time now has been the Prairie Home Companion. When I listen, it's almost like Willa Cather and I have our ears bent over the same old Emerson tabletop set in a farmhouse in the Dakotas. Garrison Keillor's gift as a storyteller is in direct descent from Mark Twain. He stands there and does his monologue all without notes, and it's like he's so smooth because he's telling you a story that really happened.

I was listening the other night. He was remembering an unfortunate football game in which Lake Wobegone played the other team to a tie. Neither team was good enough to score. Nobody had told them about time limits. Hour after hour they played, as the daylight faded and fans abandoned their seats, until both teams collapsed exhausted on the field. 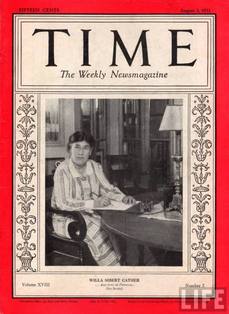 Sometimes Keillor is funny in a different way, funny in the way that observes a truth about human nature. There is his recollection about three sons who gathered at the bedside of their dying mother in Lake Wobegone. It was quiet, and they were sad, and she lapsed into sleep, or maybe a coma. Conversation ran down. Silence began to build to an uncomfortable length. They smoked and sighed and cleared their throats. Finally, desperate to break the silence, one asked, "What do you think about those new Fords?"

Lake Wobegone doesn't exist in Minnesota or anywhere else. But for an hour on Saturday night it does, on NPR. The network pumps civility into our society day after day. Sometimes its stations also play classical music, which few commercial stations play anymore. And jazz, the only indigenous American music. And they fund local news coverage. NPR is just plain reassuring. 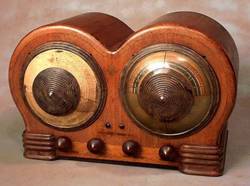 Recently some have claimed it is leftist. That baffles me. No one ever seems to cite something they heard that offended them. They just believe in general that it's left wing. I began to ask myself why that was. Tonight there was a discussion about Sarah Palin's new reality TV show. The host spoke to the TV critic of the Toronto Globe and Mail and to a coordinator of the show's online presence in social media. The question involved whether the show was, as claimed, "non-political."

Yes, said the Globe and Mail, citing McLuhan. The show need not contain a single a political syllable to be political; it was political because Palin is running for something, and it promoted her image. No, said the show's spokesman (who turned out to be a Democrat). One of his jobs is to organize a network of bloggers around the show, some of them pro and others con. My own opinion, which no one on the show shared, is that such blogs would serve a political purpose by focusing on the issue of whether it was political.

But never mind. All three were calmly-spoken and rational, no one threw any charges, and the discussion really was about whether a politician could be on a reality show without making it political by extension. Of course, by even asking that question you may open yourself to charges of bias, but why? You have an opinion about Palin. I have an opinion about Palin. NPR got me off of Palin and started me thinking about the nature of the media in McLuhanesque terms. Understanding Media was published in the 1960s, but it's still relevant. 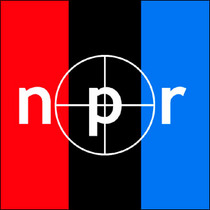 Earlier, NPR aired a report about banking. It profiled a century-old bank in North Dakota that circulates its deposits within its community. Eight percent of the stock is owned by the employees. The rest is owned by a charitable trust. All the bank's profits go to local and state charities. The money stays in North Dakota, for the use of businesses and agriculture. One banker mentioned "Predator banks" that enter a market to drain its resources. What was the political bent of that report? Does that bank sound like (1) a conservative poster child, or (2) socialism? Maybe it's just an interesting bank because of the times we live in.

Thursday a bill was introduced in Congress to end funding for NPR. Actually, NPR doesn't receive a dime of federal money, but the bill would have forbidden member stations to use federal funds to pay for NPR programming. The measure failed, 239 to 171. In the next Congress, who knows how it will do?

Why is NPR seen a threat and not a national resource? I think it's a threat because it deals in information and not in the trivial. It encourages thoughtfulness. It tries to look at more than one side. It has a way of pointing out errors and drawing obvious conclusions. Its very existence is a rebuke to media outlets that depend on popularizing an ideological party line. Just think it through, if you haven't lost the knack.    [ 11/19/10: As several readers have pointed out, I carelessly used "NPR" as a blanket term when I should have written "public radio." ]