Leading with my chin 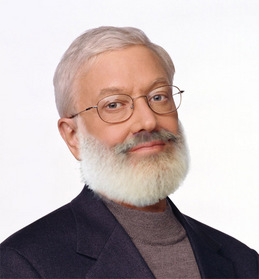 After surgery, I studiously avoided looking at myself in a mirror. In my mind my face was still whole. This was not the case, and one day in the hospital Dr. David J. Reisberg came to visit. He was a professor of craniofacial medicine at the University of Illinois in Chicago, and a specialist in facial reconstruction.

I suggested a false beard which I would wear suspended from hooks over my ears, like a kid playing Abe Lincoln in the school play. "It's not like I think I'm fooling anyone," I said.

Good doctor Reisberg smiled and took some photographs. Like all of the professionals I was to meet who worked with disfigurement, he had a warm bedside manner and discussed my problems in a matter-of-fact way. He had seen worse. Much could be done. When I was on my feet he had me come to his clinic at the University for some 3D photos that would give him more to work on. Also as a reference was a bust sculpted by a friend as an assignment in art school: 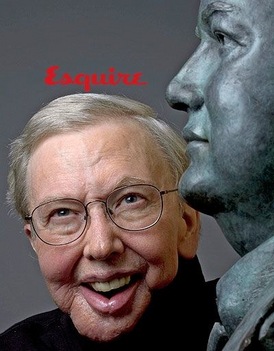 That was the beginning of a two-year process that has now resulted with my coming into possession of a silicone prosthesis. Dr. Reisberg brought in David Rotter, also from the University of Illinois, and he involved Julie Jordan Brown, a Milwaukee artist and anaplastologist. Working from molds, they created a prototype prosthesis and sculpted it carefully to more closely resemble what had been there before. This device would fit over my lower face and neck and, colored to match my skin, would pass muster at a certain distance. 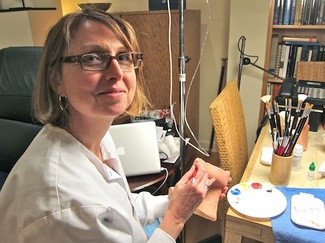 It was a problem finding the right material. Two original models were too stiff, so that my head held upright reminded me of Erich von Stroheim in "Grand Illusion." I couldn't look down easily, which was a problem for walking and typing. Two weeks ago, David was back with a softer silicone that was much more wearable. Since I'd last met him he'd been in Haiti and Guatemala fitting false limbs for children who had lost arms or legs in natural calamities. My problems are small potatoes. David snapped the photo below after the fitting, and before the final coloring had been completed. I'd say he and Julie did a pretty wonderful damn job. I like my new prothesis and know from observation their work was painstaking and done with love and care. 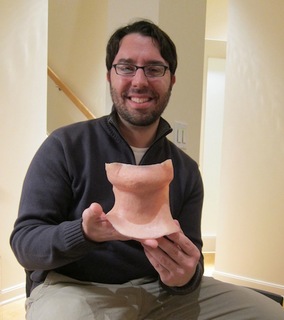 I will wear the prosthesis on the new television show. That's not to fool anyone, because my appearance is widely known. It will be used in a medium shot of me working in my office, and will be a pleasant reminder of the person I was for 64 years. Symbolically, it's as if my illness never happened and, hey, here I still am, on the show with these new kids. When people see the "Roger's Office" segment, they'll notice my voice more than my appearance. 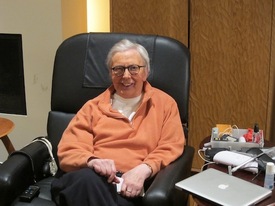 At the beginning of this process I assumed I would wear the new prosthesis whenever I left the house, so that "nobody would know." But everybody knows. The photograph of me that appeared in Esquire even found its way onto billboards in China. And something else has happened since that day in the hospital: I accept the way I look. Lord knows I paid the dues.

My appearance reminds me of the original Phantom of the Opera in the 1925 film. When I saw the 2004 version of the musical, it struck me that the modern Phantom was cheating. He wasn't wearing a mask, he was wearing a designer facial adornment more suitable to Mardi Gras or Carnival in Venice. 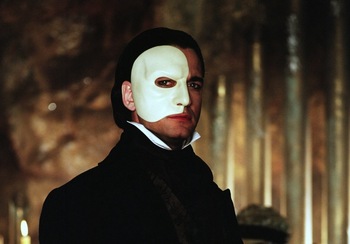 Not only did the 2004 film change the nature of the disguise, it moved the problem to the Phantom's upper cheekbone to make better use of Gerard Butler's exemplary chin. Still, the modern Phantom's approach held a certain appeal for me. You know what they say: If you don't have it, flaunt it. 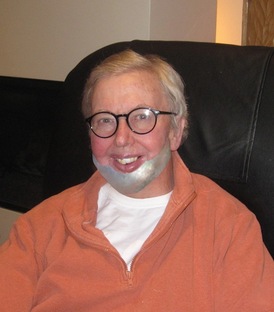