I feel good! I knew that I would! 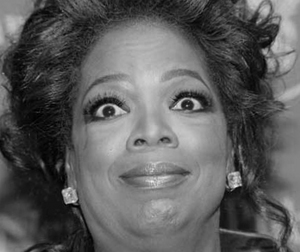 I've been saying for years that I never cry during sad moments in the movies, only during moments about goodness. At the end of "Terms of Endearment," I didn't cry because of Debra Winger's death, but because of how she said goodbye to her sons. Now I've have discovered a scientific explanation for why I feel the way that I do, and there is even a name for my specific emotion.

I wasn't seeking an explanation, and I'm not sure I really wanted one. And, for that matter, I don't really cry, at least not in the wiping-my-eyes and blowing-my-nose fashion. What I experience is the welling up of a few tears in my eyes, a certain tightness in my throat, and a feeling of uplift: Yes, there is a good person, doing a good thing. And when the movie is over, I don't want to talk with anyone. After such movies I notice that many audience members remain in a kind of reverie. Those who break the spell by feeling compelled to say something don't have an emotional clue.

It doesn't require a tearjerker to create this aura. "Fargo" is far from a tearjerker, but at the end, when Marge Gunderson snuggles up to her husband Norm and tells him how proud she is about his design for the wildlife stamp, it made me feel so warm. And it was at the very end of "Do the Right Thing," when the quotations from Martin Luther King and Malcolm X appeared on the screen, that I felt: Yes, that is the choice. And I hope we make the right one.

This feeling doesn't come only from movies. John Prine's "Hello in There" evokes it--not because of the story of the old man and his wife, Loretta, but because of Prine's writing of it and so many other songs showing the instinctive empathy of a great poet. Another experience evoking it was watching Michael Jordan's performance in a game in the 1997 NBA finals. He had food poisoning. He had lost six pounds in two days. The doctors told him to stay in bed. He dragged himself onto the court. He was dripping with sweat. On the bench, he draped a towel over his head. He scored the game-high 38 points, and sank the winning three-pointer. I wasn't moved by the victory. That's only basketball. I was moved by his bravery. 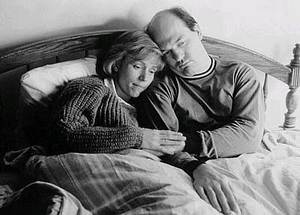 Norm: People don't much use the three-cent.

Marge : Oh, for Pete's sake. Of course they do. Whenever they raise the postage, people need the little stamps.

I am moved by generosity, empathy, courage, and by the human capacity to hope. During Barack Obama's victory speech on Nov. 4, I felt a powerful, long-sustaining feeling of uplift. No, it was not because of the speech, however powerful. It was because of those hundreds of thousands together in Grant Park, a sea of humanity, all races, all religions, all ethnicities, all together, affirming American hope. It was not so much that they had elected a black man as our president, although that was a part. It was because they had risen up and affirmed the America I grew up believing in.

In the movies, I feel this emotion not only during movies about great men, like "Gandhi," but during little family comedies such as "Nothing Like the Holidays," when a Puerto Rican mother tells her Jewish daughter-in-law, "You know, there are a lot of good Jews in Puerto Rico." She sees beyond the labels to the woman. She has risen above categories. In Bergman's "Cries and Whispers," Agnes dies a painful death from cancer, and that is sad. But I was moved by two moments. The scene where her nurse Anna comforts her against her bare breast. And the reading from her diary after Agnes has died, where she recalls a tranquil autumn day they all spent together in the garden: "This is happiness. I cannot wish for anything better. I feel profoundly grateful to my life, which gives me so much." That is so more deeply moving than Rage, rage, against the dying of the light.

At the end of "Million Dollar Baby," the old trainer Frankie performs a service that the young boxer, Maggie, has asked of him. This scene caused controversy among those who disagreed with his action. The scene was not advocating his action. Indeed, Frankie believes he may go to hell as his punishment. The scene was about his love and empathy, his loyalty to a woman he respected. In "Leaving Las Vegas," I could identify with the suffering of the Nicolas Cage character, but it was a specific decision by the Elisabeth Shue character that touched me. In "Maborosi," I was affected by the woman's acceptance of her new and different life and husband. 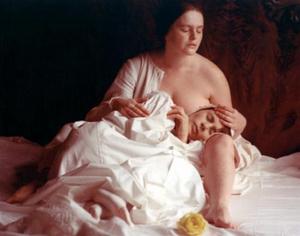 You see how it is. One day in December I came upon an article at Slate.com by Emily Yoffe, headlined "Obama in Your Heart." it Involved a study about "the emotions of uplift." It was conducted by Dacher Keltner, professor of psychology at Berkeley, who had studied physical responses in test subjects who are deeply moved--most recently, during that night at Grant Park. A specific human emotion is involved. It is called Elevation. Yoffe wrote:

Elevation has always existed but has just moved out of the realm of philosophy and religion and been recognized as a distinct emotional state and a subject for psychological study. Psychology has long focused on what goes wrong, but in the past decade there has been an explosion of interest in "positive psychology"--what makes us feel good and why. University of Virginia moral psychologist Jonathan Haidt, who coined the term elevation, writes, "Powerful moments of elevation sometimes seem to push a mental 'reset button,' wiping out feelings of cynicism and replacing them with feelings of hope, love, and optimism, and a sense of moral inspiration."

Studies have indicated that Elevation is triggered by the stimulus of our vagus nerve, described by Wikipedia as the only nerve that starts in the brainstem and extends down below the head, to the neck, chest and abdomen, where it contributes to the innervation of the viscera. It must be involved in what we call "visceral feelings," defined as "relating to deep inward feelings rather than to the intellect."

The vagus nerve would certainly account for what I feel, which is as much physical than mental. For years, when asked "how do you know a movie is great?" I've had the same reply: I feel a tingling in my spine. People look at me blankly. I explain that I feel an actual physical sensation that does not depend on the abstract quality of the movie, but on--well, my visceral feelings.

Yoffe writes: "In his forthcoming book Born To Be Good, Keltner writes that he believes when we experience transcendence, it stimulates our vagus nerve, causing 'a feeling of spreading, liquid warmth in the chest and a lump in the throat'." Yes, that's what I feel. Does it sound familiar to you? Jonathan Haidt devised a fascinating study at the University of Virginia, described by Yoffe:

Since it's tricky to study the vagus nerve, [Haidt] and a psychology student conceived of a way to look at it indirectly. The vagus nerve works with oxytocin, the hormone of connection. Since oxytocin is released during breast-feeding, he and the student brought in 42 lactating women and had them watch either an inspiring clip from The Oprah Winfrey Show about a gang member saved from a life of violence by a teacher or an amusing bit from a Jerry Seinfeld routine.

About half the Oprah-watching mothers either leaked milk into nursing pads or nursed their babies following the viewing; none of the Seinfeld watchers felt enough breast dilation to wet a pad, and fewer than 15 percent of them nursed. You could say elevation is Oprah's opiate of the masses, so it's fitting that she early on gave Obama her imprimatur. And that for his victory speech [she was] was up front in Grant Park, elevation's moist embodiment, feeling so at one with humankind that she used a stranger as a handkerchief. 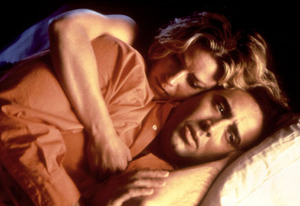 Keltner says we most powerfully experience this feeling in groups--no wonder people spontaneously ran into the street on election night, hugging strangers. "We had to evolve these emotions to devote ourselves into social collectives," he says.

That's an important observation. It helps explain why we feel sharper emotions in a movie theater than while watching a DVD at home. At a deep level, we are part of a group having a shared experience. Even in a pure action film with no Elevation at all, the feedback is important. And during a film where you hold your breath, the more breaths being held, the more powerful it seems.

If I were a film producer hoping to make a movie with deep appeal, I would consciously look for Elevation--remembering that it seems to come not through messages or happy endings or sad ones, but in moments when characters we believe in--even an animated robot garbageman--achieve something good. I have observed before that we live in a box of space and time, and movies can open a window in the box. One human life, closely observed, is everyone's life. In the particular is the universal. Empathy is the feeling that most makes us human. Elevation may be the emotion caused when we see people giving themselves up, if only for a moment, to caring about others.