Goodbye to all that 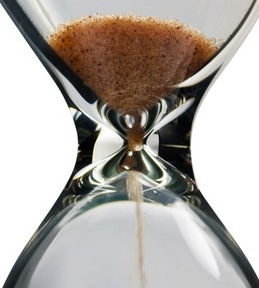 I sent an e-mail the other day that was one of the hardest things I've ever had to write. It was to Jim Palmer and Maura Clare at the Conference on World Affairs in Boulder. I told them I wouldn't be coming back this spring. I sent it, and stared into space, and was flooded with sadness.

I don't intend to write here about the Conference, which has allowed me to live more than nine months of my life in Boulder, one week at a time. I wrote about CWA in a 2009 blog entry titled the Leisure of the Theory Class. I need not tell you again about Howard Higman or Daddy Bruce Jr.

You will have to take my word that the week at the University of Colorado every spring was a lodestone of my life. A week of talking, listening and learning. It was at Boulder in 1975 that I began the annual sessions called "Cinema Interruptus," during which I joined a roomful of strangers in the dark as we took a week to look closely at a film, one frame at a time. When I lost the power of speech, I couldn't do that any longer. In 2009 I asked Ramin Bahrani to join me in dissecting his great film "Chop Shop." Jim Emerson acted as the facilitator. It was a form of torture for me to sit silent. I couldn't type in the dark, I couldn't scribble notes fast enough to keep up, and my gestures meant nothing. I wasn't there. 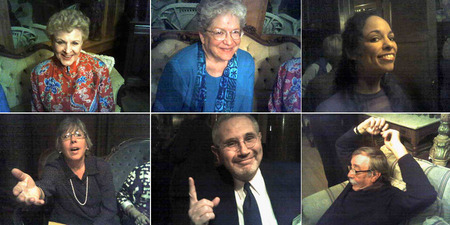 I realized that had to be my final Interruptus. When you can't run, you can't be in the race. But Ramin mentioned that he very much wanted to meet Werner Herzog, and together we plotted to convince Herzog to come to Boulder in 2010. After meeting by e-mail, they met even sooner than that, and Werner did the narration that added so much to Ramin's masterful short film, "Plastic Bag."

In 2010, Bahrani and Herzog together talked their way through Werner's great film "Aguirre, the Wrath of God." That was an experience for a lifetime. Also last year, I was on a panel or two, went to the legendary free jazz concert, and on the Wednesday night, as always, I joined a group of old friends for a ritual dinner at the Red Lion Inn.

Bill Nack stood up and recited the final page of The Great Gatsby." Calm, kind Diane Doe was there, who was my secretary at the Sun-Times before she met a Boulder bookseller named Richard Schwartz through me and married him, and lived happily ever after until Dick died. Anne Higman was there, one of Howard's jolly daughters, and we could not have guessed that she would be dead within a year. Rich and Linda Loose were there, and Linda's sister Vickie McKay, who is the best dirty joke teller I know. They were some of the Boulderites who ran the conference every year. Andy Ihnatko showed us his new iPad, many limericks were recited, memories were rehearsed, and it was a perfect evening except that it was missing dear Betty Brandenberg, Howard's long-suffering assistant, who was the first person I ever met in Boulder. She was the CWAs' godmother, but she doesn't get around so well anymore. 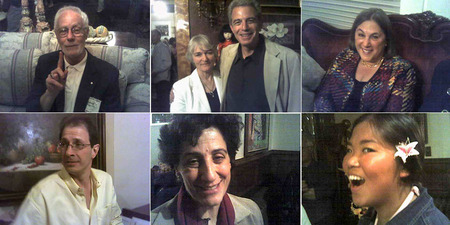 I sat at the table and in my mind said goodbye to this dinner, and to all the other Boulder rituals. The next night many of the jazz musicians convened by Dave Grusin had a jam session in the living room of Jane Butcher the CWA co-chairman, and I had a great time. That's one thing I can still do, is sit and have a great time.

I could go back to Boulder as an audience member. But no. It would be too poignant. Here for 40 years I prowled and spoke and joked and hit every used book store in town and even began a few romances, and I feel no enthusiasm for returning as the ghost at the banquet. The Daily Camera asked me what I thought of the choice for this year's film, the Coens' "A Serious Man," and I had to write back that I was not aware a choice had been made. If I could speak and was planning a farewell, I probably would have chosen "La Dolce Vita," as I did in 1979, 1983, 1994 and 2005. I always said at Boulder that since I first saw it in 1961 it had become the film of my life, and I could measure out time by how my ideas of its hero's life changed.

Well, now I've outlasted Marcello. I've come out the other side. He is still standing on the beach, unable to understand the gestures of the sweet blond girl who was his waitress at the restaurant, that day he was going to start his novel. He shakes his head resignedly and turns to walk back into the trees and she looks after him wistfully. I am in the trees with Marcello.

My senior high school English teacher, Marian Seward, asked me in front of the class one day, "Ebert, why are you always writing about death?" She was right. I did. I wasn't melancholy or depressed, nor was I obsessed by death like the hero of Henry James' The Altar of the Dead. Being dead in fact held little interest for me then and holds still less today. The fullness of life is all. Even in high school I was keenly aware of floating on the river of time. I was placed in the current at birth, and given the opportunity to experience consciousness for an undetermined number of years as I drifted on the river out of Eden.

As a traveler might trace his journey by cutting his mark into the bark of trees, or arranging stones in little piles, I created rituals over the years which, by being repeated, reminded me I had passed this way before and gave me hope that I would pass this way again.. I've written about those before, too--Lino's place in Venice, a walk on Hampstead Heath over London. Every year I had a coffee on my first morning in Cannes and thought, yes, here I am again, at the same corner, at the same table. Now that I cannot talk it isn't safe for me to walk alone in another city. I made Millie, my care-giver, wake up early and walk with me to the same cafe, and I wrote out a note with my order (cafe au lait, Perrier, croissant), and she had this little breakfast and I am sure enjoyed it. We walked back to the Hotel Splendid and I joined Chaz in the breakfast room and had my second vicarious breakfast. 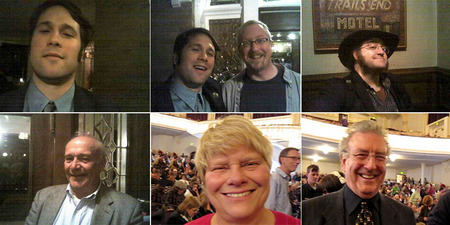 But you see there is something perverse about such persistence. Better to make a clean break with the past, and clear your mind of the things you can no longer do. At a film festival I can still go to the films and write about them and see friends and hear gossip, and I never went to Cannes for the coffee anyway.

When first coming to terms with the fact that I would never speak again, I filled my head with denial and coping strategies. I would use my computer voice, for example. And I do. But that is no way to participate in the flow of a conversation, and I realize so clearly now that conversations are all about the flow, the timing, the music. Now that IBM's Big Blue has beaten a grandmaster at chess and promises to win at Jeopardy, I have a challenge that will grind it to a halt: I challenge Big Blue to tell a joke in a voice that has the tone and the timing, the words and the music, just right.

Saying farewell to Boulder forced me to acknowledge that I must abandon many rituals. I can no longer rise at dawn and trace out my usual steps around the Lincoln Park ponds and the Lily Pond. I can no longer sit in a coffee shop and read, unless I want to order a useless cup of coffee. I can no longer wander aimlessly around London. Because of the damage done to my shoulders during the surgeries, my wandering days are over. I can walk for a mile, maybe two, before the right shoulder starts to hurt too much. Ironically, it hurts more when I stand than when I move. Walking is now single-minded, and not a meander. I will certainly never take The Perfect London Walk again.

I've been to my last Formica restaurant, one of those places where they serve breakfast 24 hours a day and the waitress calls you "honey." When I go to a restaurant now, Chaz makes sure they have a chair that goes easy on my back. I often find myself sitting at a lower level than the others, like a child at Christmas dinner. It is difficult or impossible to revisit most of my ritualistic stops. It is even impossible to routinely make the rounds of used book stores, because I can't stand for hours studying the shelves. Not being able to speak causes me no physical pain. Ironic, that surgery intended to restore my speech took away my freedom of casual walking.

All of those things are over and done with. Finished. I am left with the companionship of the faithful Chaz and my family. There will be a reunion this spring with my downstate cousins. I can still drive as well as ever, and last August bought a new car, probably my last. I have books, movies, newspapers, magazines, television. I write more than ever. The social media are more social for me than for most people. My troubles haven't prevented me from participating in our new TV show. I would like to have a dog, but I can't walk one.    I took most of the photographs with my cel phone while wandering around at the closing night party in 2006.Hourglass by Shutterstock at Video Dictionary.