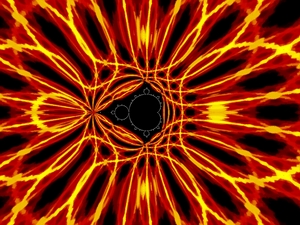 The day will come when the words of Shakespeare are no longer known. The day will come, perhaps sooner, when all the words on the internet, in every language, have disappeared. These very words, and all the words we have read and written, will no longer exist. Oh, for a long time they may be on a hard drive somewhere, one able to store the entirety of the web. But not forever. Not even close. A word not read is like the proverbial tree falling in the forest. The word existed, the tree fell, but without witness, what does it mean?

These thoughts were inspired, oddly enough, by an advice column by Cary Tennis on Salon.com. He is asked a question, and answers it. I suspect the question was asked by Tennis of himself, in a spell of existential funk. His question comes down to: "Will anybody ever read what we write here, after today? I am sure our writing will persist in the World Wide Web, but will anybody ever read it again?

Will our best, well-meant advice ever help anybody else in the future? Will our detailed knowledge ever be of any use? Or do we just get filed, permanently?"

Filed permanently, is my guess. And eventually the files will be lost or forgotten. And if the contents of the internet, like radio signals, travel unimaginable distances into the void and are intercepted by a SETI program on another world, and can be interpreted and understood, what will it avail? No human being has ever been able to master the internet after its first hour or two. If the aliens are lucky enough to stumble upon Google Earth, will they devise the correct software? I began reading Cary Tennis's answer in an idle frame of mind. Then his words took hold. I was blind-sided. He was venting his feelings not only about his advice column but about the very act of writing itself. He wrote with poetry, vision, and mournful drama. Here is his final paragraph: 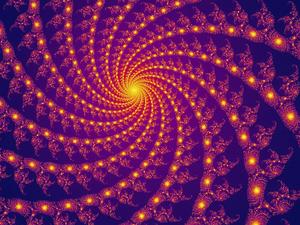 This is not really about the destiny of our words on the internet. It is about the dilemma of being alive and able to think and being aware of our own mortality. Of dying in a world without end. It would be no special tragedy if the contents of the internet were lost. Far, far more words than that have been lost: Virtually every word spoken by Man. A very few have been preserved, mostly in writing, now in other forms, but eventually they will be lost, too. It will be as if no one had ever spoken, and every human life had been forgotten.

I accept that. I don't expect, desire or deserve immortality for my own words. People will have their own words to produce and be forgotten. If there could be one book to represent Man in all his frailty, tragedy, comedy, humor, dreams, disappointments, and poetic yearnings, I do not know of a better one than the collected works of Shakespeare. It is a miracle that they were preserved at all, collected from prompt scripts, actors' memories and imperfect quartos, some years after his death. Shakespeare never saw a book of his collected works, nor can we guess if he desired one. His words will also all spin into the void. 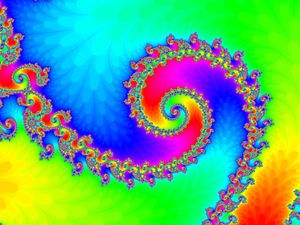 So why then did he write? Why am I writing? Why do you write? Why are you reading? Why do we read Shakespeare? Not for a moment would I compare us to him; it simply occurs to me that we are all in the same boat.

"A person has to participate," Studs Terkel liked to say. That's how I feel. Meditating on futility--that's no way to live. One of the most useful pieces of advice ever given me, at a time when I despaired, was: Act as if. Act as if you make a difference. If infinity is too big for you, live in the day. Shakespeare as usual expressed this better than anyone else, and it took him six words: To be, or not to be. That wasn't simply an expression of the Existentialist choice between choosing to live or die. It was the choice to act, or not to act. To participate.

"Martin Luther said if he knew the world ended tomorrow, he would plant a tree," Werner Herzog told me. "I would start a film." What would I do? Plan to review it, and ask my editor to save some space in the paper. If you admire Herzog, you might want to pre-order your tickets. In the cartoons, there are always those wild-eyed guys with a placard saying, The End is Now. We are saved by a loophole: It is never Now yet. 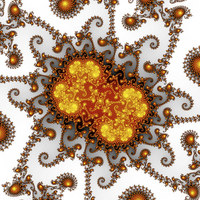 I have drifted from where I began. What do we think about the certainty that the internet and all its words will someday not exist? How does that make me feel, writing these words? I've read Kübler-Ross, and it makes me want to bargain. My words will disappear, but I'd like some of them to stay around at least for awhile and be of some use to people. As a newspaperman, I'm lucky in my choice of subject, the cinema. It offers a future. I believe movies are an essential art form, providing a window in the matrix of time and space. The worthwhile movies will live as long as Plato and Socrates have. I'm particularly aware of that when I watch a silent film. Those faces, these gestures, this assembly of images, all show people who are gone. Yet Buster Keaton can express his life in his art and I can respond to that as if he were still alive and I knew him.

I'll bargain some more on my road to Samarra. I have written, I'm not sure, perhaps eight or ten thousand reviews. Some of those films will be seen, loved and studied for a long time. The first century of the cinema was its Elizabethan age, the flowering of its language, just as Shakespeare and his contemporaries burst forth into songs of words. There are those who argue that they remade English into the most useful and versatile tongue of Man. They set it on its way. And now the movies have become and are still becoming a language that allows a time and its people to be known in the future.

My thinking is: For quite a while, people will want to read reviews of interesting films. The wonder of the internet is that its limitless words are theoretically accessible. It is searchable. Google, and the better googles to come, are the Rosetta stones. I didn't write Shakespeare's plays. But I've reviewed 24 of the movie versions. I'm riding on his coat tails. Do I think my reviews are all that great? Not most of them. Nor are most movies worth remembering. But some movies will last as long as the movies do, and I'm pleased with some of my reviews. The internet gives them the possibility of hanging around, and I won't care how many hits I get. 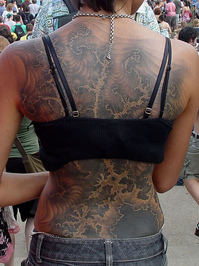 You do look, my son, in a moved sort, As if you were dismay'd: be cheerful, sir. Our revels now are ended. These our actors, As I foretold you, were all spirits and Are melted into air, into thin air: And, like the baseless fabric of this vision, The cloud-capp'd towers, the gorgeous palaces, The solemn temples, the great globe itself, Ye all which it inherit, shall dissolve And, like this insubstantial pageant faded, Leave not a rack behind. We are such stuff As dreams are made on, and our little life Is rounded with a sleep.

The infinity where all of our words go. A visualization of the Mandlebrot Set by Bill Boll; the DVD is here.

So it goes. Our uncertainty and doubt extend to the infinite sky and throughout time, shrouding perfection, blurring truth, undermining what feeble faith we can muster, reminding us that we are both divine and mortal, that we live both inside time and outside time, that we are creatures of many worlds, and that we will always wonder, and always try to cheat death, and always listen for the echoes of our words in every strange town, on every strange mountain, in every strange dream that comes to us in the night.