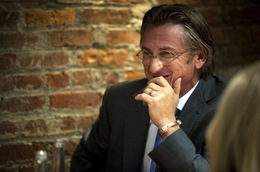 The days dwindle down to a precious few. At 6 p.m.on Friday, Cannes is oddly silent. The tumult on the streets a week ago today is forgotten. There are empty seats at some screenings. The locals of Cannes know this is the time to stand in the ticket lines. The daily editions of Varsity and Hollywood Reporter ceased Thursday. Friends are in Paris, or London, or home. Some few diehards stay for the award ceremony Sunday night.

As we walked over to the Palais Friday morning, there were crowds in the streets, to be sure: Crowds of uniformed officers of the national gendarmerie. Their ominous black buses, the windows covered with grates, were lined up along the curbs. Hundreds of cops.

One of the day's official entires was "Hors la Loi" ("Above the Law"), a film by Rachid Bouchareb about the Algerian War. It included footage of massacres in Algeria by the French, circa 1945. The authorities feared riots between French of Algerian descent, and French right-wingers. There were no riots, maybe because of the gendarmes, maybe not. For some people at Cannes, a film is important enough to get your head bloodied for.

One of the festival's most solid films has been "Fair Game," by Doug Liman, based on books by Valerie Plame and Joseph Wilson, and starring Sean Penn and Naomi Watts. They were the husband and wife involved in the early controversy about whether Saddam was building a nuclear bomb.

This movie doesn't pull punches. Using real names and a good many facts, it argues: (1) Saddam had no WMD; (2) the CIA knew it; (3) the White House knew it; (4) the agenda of Cheney and his White House neocons required an invasion of Iraq no matter what; and (5) therefore, the evidence was ignored and we went to war because of phony claims. 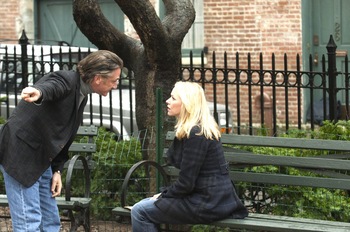 The last thing I want to do is start a flame war about whether this version of events is true. Let's just agree that the film agrees with Plame and Wilson that it is, and that it fits all the facts known to me. "Fair Game" deals with events after Wilson, a former American ambassador, went to Niger seeking evidence of uranium sales to Iraq. The Bush administration says there had been. Wilson found there'd not been. After his report was rejected, Wilson wrote about his findings in an op-ed in the New York Times, and then someone in the administration leaked the information to Robert Novak that Wilson's wife, Plame, was a CIA agent.

Cheney's aide, Scooter Libby, was tried and convicted of obstruction of justice and perjury, sentenced to prison, and his sentence quickly commuted by Bush. Cheney was angry he wasn't pardoned. In the film, we see that Plame, under a variety of aliases, ran secret networks of informants in Bagdad and other Middle Eastern cities. When the administration blew her cover, several of her informants were killed; some reports say 70. Then the Bush spin doctors leaked the story that she was only a CIA "secretary."

Well. That's what the film says. There will no doubt be dissent. Few people are happy to be portrayed as liars and betrayers. What amazes me is that "Fair Game" doesn't play the game of using fictional names. They're all right there, including Cheney essentially ordering the intelligence to be falsified.

Naomi Watts looks uncannily like the real-life Plame (above), but that's beside the point; what I related to was the serious, workmanlike tone of her Plame, who doesn't see herself as a heroine but as a skilled operative. She has scenes where she devastates other characters with what she knows about them, and how she can use that information. Sean Penn plays Ambassador Wilson, more combative than his wife, outraged by the way administration leakers try to destroy them. The film is realistic about the ways the Plame-Wilson marriage almost failed.

What's effective is how matter-of-fact "Fair Game" is. This isn't a lathering, angry attack picture. Wilson and Plame are both seen as good, loyal government employees, not particularly political until they discover the wrong information. The unstated implication is that if the Bush administration hadn't suppressed their information and smeared them, there might have been no Iraq war, and untold thousands of lives would have been saved. 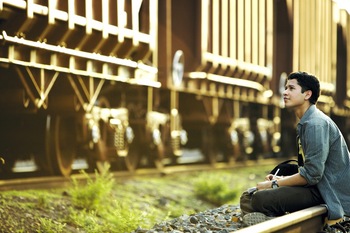 Although India has the world's second most active film industry, "Udaan," by Vikramaditya Motwane, is its first competition entry in seven years. It's well made, involving, but (to my eyes at least) not particularly Indian. This story could have been set anywhere; it doesn't depend on location, but on personalities.

The hero, Rohan (Rajat Barmecha), is the son of a manufacturer, sent into storage for eight years at one of Indian's best boarding schools. He and his high-spirited friends get caught after hours in a cinema, he's expelled and sent home, and discovers only at that point that his father remarried, the marriage "didn't work out," and he has a young half-brother.

The father is a tyrant with no gift for parenthood. The son is determined to be a writer. The father won't hear of this. I hear the same thing over and again from Korean, Chinese, Japanese and Indian friends: If you want to do something artistic with your life instead of being a doctor or scientist, etc., you risk being disowned.

The story is told with force and conviction, and the Indian TV actor Ronit Roy is scary and effective as the father. The character isn't a sadist and martinet because he enjoys it, he conveys, but because he considers it his duty. Apparently he was shaped that way in childhood, and his son is lucky that boarding school spared him the same fate.

Perhaps when I say the film isn't especially "Indian" I am expecting something more exotic. But India has one of the world's largest middle classes, and its members spend very little time riding around on elephants. They are, I suppose, something like those we see here, with problems we can identify with. 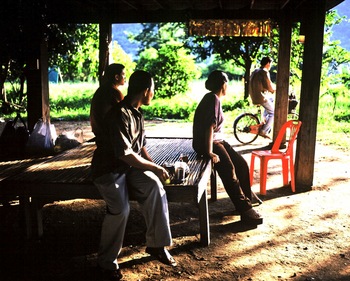 A film that is exotic is the dreamy, mystical story from Thailand, "Uncle Boonmee Who Can Recall His Past Lives." The director is Apichatpong Weerasethakul, who studied at the Art Insitute of Chicago.

This is a movie that includes ghosts, and reincarnations made present and visible, but is not a ghost story in any sense, more of an exploration of various levels of existence. Uncle Boonmee, who is dying of kidney failure, is cared for in a jungle house by family members and a male nurse from Laos--an illegal immigrant, although national borders have no meaning in this world. At dinner one night Boonmee is joined by his wife, who is dead, and then by his son, who appears very much like a character from "Planet of the Apes." The wife's apparition is one of the more effective spectral presences I've seen in a movie; the son's easily the least, including his glowing red eyes.

There is a long, magical interlude in a vast cave, containing sparkling lights and blind fish, and Boonmee decides that it is the womb that brought him into the world, not necessarily in human form. All of this is told in gentle images, calmly photographed. It isn't the kind of film I respond strongly to, but to the extent I understand what Weerasethakul intends, I can respect it. Barbara Scharres praises it ion her blog, and Jim Hoberman at the Village Voice thinks it may have a chance at prizes. 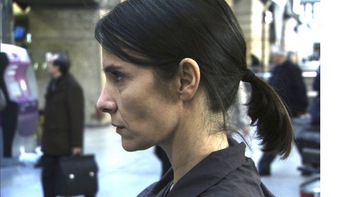 I've seen and admired all the films by Lodge Kerrigan, a sombre poet of mental illness. If you've seen "Clean, Shaven," "Keane" and the devastating "Claire Dolan," you understand his world. I'm not sure what parts of that world his strange new film represents.

"Rebecca H. (Return to the Dogs)" is an appropriately fractured title for a fractured narrative. This is a film within a film about a film, and if that makes three films, none of them work. It stars Geraldine Pailhas (above) as both herself and an actress portraying Grace Slick of the Jefferson Airplane, and Kerrigan himself appears onscreen directing her, as we watch several takes of one scene. She talks a lot in first person about her admiration in younger years for Slick, and for the French director Maurice Pialat, and about how she met the great man and even worked for him.

Then there are scenes with Pascal Gregory , who plays both an actor in the film within the film, and her real life brother. And apparently she is raped and murdered, because we know that didn't happen to Slick. And she seems bipolar at some times and not at others.

And that's about it. I watched it with the greatest admiration for Lodge Kerrigan, but with a falling heart. Some of the film works a scene at a time, Geraldine Pailhas is very good, but at the end of the day it doesn't come together.