Cannes #4: What were they thinking of? 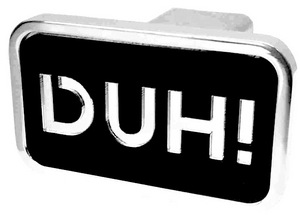 There are few prospects more alarming than a director seized by an Idea. I don't mean an idea for a film, a story, a theme, a tone, any of those ideas. I'm thinking of a director whose Idea takes control of his film and pounds it into the ground and leaves the audience alienated and resentful. Such a director is Brillante Mendoza of the Philippines, and the victim of his Idea is his Official Selection at Cannes 2009, "Kinatay." Here is a film that forces me to apologize to Vincent Gallo for calling "The Brown Bunny" the worst film in the history of the Cannes Film Festival.

After extensive recutting, the Gallo film was redeemed. I don't think editing is going to do the trick for "Kinatay." If Mendoza wants to please any viewer except for the most tortured theorist (one of those careerists who thinks movies are about arcane academic debates and not people) he's going to have to remake his entire second half.

The sad thing is, the opening scenes in his film give promise of being absorbing and even entertaining. The film opens as the story of Peping, a young man seen taking his girl and their baby to be married in Manila in a jolly group wedding. Mendoza establishes Peping's world as a crowded jumble of street markets, open-air food stands and people who seem to know each other. He picks up cash sometimes by doing odd jobs for local criminals. He will need more funds as a young married man, and is offered a higher-paying job.

It is unlikely you will ever see this film, but if there's a possibility, know that spoilers follow.

Peping joins a group of other professional criminals assigned to teach a lesson to a 30ish prostitute who owes money because of drugs. She is bound, gagged, and thrown into the back of a van. Now commences the Idea. It is Mendoza's conceit that his Idea will make a statement, or evoke a sensation, or demonstrate something--if only he makes the rest of the film as unpleasant to the eyes, the ears, the mind and the story itself as possible. This he succeeds in doing beyond his wildest dreams. 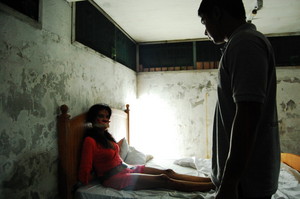 For at least 45 minutes, maybe an hour, maybe an eternity, Mendoza gives us Queasy-Cam shots, filmed at night in very low light, of the interior and exterior of the van as they drive a long distance outside Manila to a remote house. The woman is thrown on a bed, she pleads for her life, she is eventually murdered, her body is hacked into pieces, the pieces are wrapped in plastic, and the body parts are thrown out of the van at intervals during the return journey. No drama is developed. No story purpose is revealed. The woman cannot pay at a later date. She has learned her lesson, but to what avail? There is little dialogue. Peping did not know the woman would be murdered.

On the sound track, there are traffic noises, loud bangings, clashings, hammerings and squealings of tires. They continue on and on and on. They are cranked so high we recall the guitar setting of "11" in "This is Spinal Tap." They are actively hostile. They are illustrated by murk. You can't see the movie and you can't bear to listen to it. Much later, Peping is deposited back in Manila by the van, and hails a taxi. We get incessant sights and sounds of the taxi driving, as the night gives away to pale shades of dawn. The taxi blows a tire. The driver gets out to change it. Peping stands on the curb, trying to find another taxi. Loud, real loud, traffic noises. The tire is changed. The taxi driver asks him to get back in the cab. Peping doesn't want to. Finally he does. Some shots of meat being chopped for food, and of his wife and baby. The movie is over. I should add that the movie is based on current events, that some of the vivisectionists are policemen, and that it cannot be shown in the Phillipines.

This is an Idea. An idée fixe, as the French so usefully put it. As Pierre Henri Castel observes, Au sens banal, idée fixe est l'équivalent d'obsession. Poor Mendoza knows that his strategy is alienating, his scenes unpleasant and painful, his audience recoiling. That is the Idea. You tell me why. Oh, someone will. You mark my words. There will be critics who fancy themselves theoreticians, who will defend this unbearable experience, and lecture those plebians like me who missed the whole Idea. I will remain serene while my ignorance is excoriated. I am a human being with relatively reasonable tastes. And in that role, not in the role of film critic, I declare that there may not be ten people in the world who will buy a ticket to this movie and feel the money was well spent.

But there is no reasoning with a man with a an idée fixe. He knows with a deep certainty that he is right. He will demonstrate that to us. He is an auteur. Surely we will recognize his inspiration, and applaud his bravery. He has filled his own bucket with wet cement, and stepped into it. For a time he could wriggle his toes. But now the cement has set, and he is frozen in place with the results of his decision. He will sink or swim.

I've seen several other films here already, but "Kinatay" seized my attention. I was talking the other day with Thierry Fremaux, the director of the festival, and I mentioned that he has many big names among the directors of this year's Official Selections. "Yes," he said, "but not every great director makes only great films. And we cannot show only great films, although every film is one we believe deserves to be seen." Fremaux knows his films, his festival, his audience. His taste is exceptional. He was not, of course, referring to any particular films or directors. I quote him because some of my film critic colleagues, staggering out into the light after "Kinatay," were banging their palms against their foreheads and crying out, "what got into them when they programed this film?" To them I say, Now, now. They can't only show great films.

One of the best films I've seen here is Lee Daniels' "Precious: Based on the Novel Push by Sapphire," the story of a physically and mentally abused poor black girl from the ghetto, who summons the inner strength to fight back for her future. It contains two great performances, by Gabourey "Gabby" Sidibe, in the title role, and Mo'Nique as her pathetic mother. Sidibe is the life force personified. Mo'Nique has a closing monologue that reduced some of us to tears. I would write more, but Barbara Scharres, programmer for the Siskel Film Center, has just featured it in the blog she's writing for this site.

The trailer for "Precious"