“What Men Want” is a gender-swapped remake of “What Women Want,” the 2000 Nancy Meyers film starring Mel Gibson as an arrogant ad exec who learns some important lessons about empathy and humility—and parenting—when given the ability to hear women’s thoughts. This version, starring Taraji P. Henson, who also executive-produced, reflects her previous “Think Like a Man” films as well. The smartest choice this movie makes is recognizing that women do not need help figuring out what men think because men are very good at telling us, through “mansplaining.” And media. And porn. Wisely, "What Men Want" is about a woman who needs to understand her own thoughts and feelings.

Henson plays Ali (her name inspires one of the film’s funniest lines). She is already clear on what men want because she has spent her entire life in a man’s world, trying to succeed in their terms. She was raised by Skip (Richard Roundtree), a single father who owns a boxing gym and named her after his favorite heavyweight champion. When Skip sympathetically asks Ali if she wants to talk about what is bothering her, she knows that means she should put on boxing gloves and get into the ring so they can spar while they talk.

Ali works at a mostly all-white bubbling petri dish of toxic masculinity, an agency of sports representatives à la Jerry Maguire. She has internalized their norms, barking at her long-suffering assistant Brandon (Josh Brener), eying and objectifying hunky males, and striving to be in every way one of the boys, from getting invited to an all-male poker night to making partner in the firm. She loses out on partnership because her clients, including Olympic medalists with strong endorsement deals and media prominence, are not in the NFL, NBA, or MLB. Her boss dismisses her with four of the most infuriatingly condescending words in the universe: “Stay in your lane.”

Then some funky tea from a psychic named Sister (a very funny Erykah Badu, sporting hair that looks like the bottom of a witch’s broom and talon-like fingernails), as combined with that screenwriter favorite—a hit on the head—somehow gives Ali the power to hear men’s thoughts. They’re pretty much what you might guess: “Michael Keaton was the best Batman,” “I should have my prostate checked,” “Did I leave my keys on my desk?”, variations of “Why can’t I tell this person I have a crush?” and “I may be pretending to be on your side, but privately I will do everything in my power to undermine you.”

Ali is initially horrified at what she hears, but then she realizes it can work to her advantage because the land an important new client, an NBA top draft pick named Jamal (Shane Paul McGhie). Jamal has a father (Tracy Morgan) who is so over-protective of his son, over-ambitious about promoting himself and his "dietary supplements," and so focused on getting rich that he's even changed his name to Joe Dolla.

At first, Ali's new power seems to be helping, but responding to what she hears in men’s thoughts to gain advantage instead of understanding just takes her further from the truth about herself. She even ends up pretending that a handsome single dad (Aldis Hodge) is her husband, without telling him, just so that Joe will think she is a stable family woman. Ali’s best negotiating tactic is the “win-win” but she has not given much thought to what winning means for either side, including herself.

Director Adam Shankman keeps things bouncy with predictable but peppy songs on the soundtrack (like “Push It,” as Ali is getting ready to, uh, push it) and implements a cast of comedic all-stars, including Morgan, Badu, Kellan Lutz as a super-swole neighbor with an unprintable nickname, Pete Davidson as a lovesick staffer, and Phoebe Robinson and Wendi McLendon-Covey as Ali’s friends. (Be sure to stay for the credits to see the cast improvising their characters’ visits to the psychic.)

Henson's very funny but grounded performance keeps us rooting for Ali even in her most awkward moments, whether she's doing the walk of shame straight into a business event without realizing the used condom stuck to her skirt, or vamping to keep Joe from finding out she's not really married. But her revelations are all in her eyes, like when she experiences true intimacy, tenderness, or her first real vulnerability. We don’t need funky tea to know what Ali is thinking; we just need Henson, who makes us care. 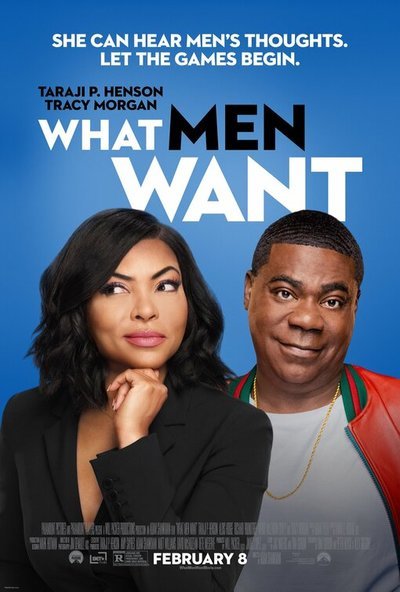 Rated R for language and sexual content throughout, and some drug material.

Aldis Hodge as Will