Welcome to the Blumhouse: The Manor

There aren’t many pleasant nursing homes in horror movie history, and the obvious plotting of “The Manor” offers no exception. Written and directed by Axelle Carolyn for Amazon’s “Welcome to the Blumhouse” series, the film focuses on one 70-year-old woman losing her agency after being put in a home, and being gaslit by its figureheads about what very strange, monstrous things she sees happen at night. Eventually, the home is able to turn her daughter and loving grandson on her, for a purpose we only become aware of at the very end. The premise isn’t thoroughly uncomfortable so much as it is simply tedious; Barbara Hershey’s focal character Judith is made to appear more and more helpless in the film’s scant psychological thrills, and yet we’re stuck with a flat anxiety for a feature's length.

Outside of Hershey’s performance, there’s an aggressive blandness to the environment that isn’t helped by its flat, TV-ready aesthetics. Numerous interactions between Judith and either the facility people or fellow residents (like her trio of new friends) reek of obvious exposition, or are so filled with niceties that everything feels like the place-holding generic nature of extras in a film taking over. The way in which it has these residents reminisce about the past in particular plays out like a simulation of people pining for youth; of course they used to smoke pot and dance. The film does not have texture or many ideas but padding, which only serves a purpose to keep an eye out for the obvious clues as “The Manor” rushes to get its very few ideas to the forefront.

“The Manor” continues the problem with the “Welcome to the Blumhouse” movies in that most of them (with an exception of last year’s “Nocturne,” by writer/director Zu Quirke) should have been episodes, or shorts. That stretch to turn a single idea into a feature becomes obvious here with far too many slow scenes, all based in the anticipation of what Judith is seeing—we don’t ever believe how everyone says she's delusional, and we just want to know why she's screaming at at night. “The Manor” also has a habit of rushing too, as in one moment of “what will happen if she gets caught?” that is completely dropped, even though previous moments have set her up for worry.

Carolyn at least has a wild enough ending or explanation for all of this. It’s not entirely what I expected, even though you’re made aware of a few goofy parts throughout because “The Manor” has little tact, along with its hammy jump-scares involving some type of shadowy figure. The last few minutes of this movie, like “Madres” also this week, show a concept that would have been more interesting to explore in detail, instead of just sneaking it in for a twist that sells everyone short. 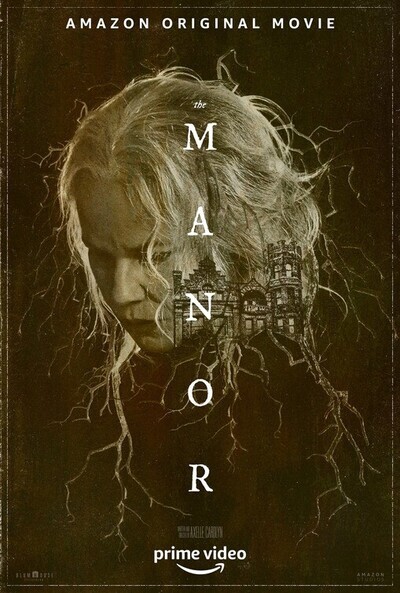