Welcome to the Blumhouse: Black as Night

There’s something didactic, almost teenage, about Maritte Lee Go’s flawed but entertaining “Black as Night” that should draw a line with its viewers. That feels to be intentional—given that it’s about a high schooler discovering vampires in her neighborhood, and then learning about what vampires do. It’s the kind of movie that might not be as charming if you’ve seen 100 vampire movies, but if you’re also curious about bloodsucker tropes, and the real-life world that surrounds its lead character, it has just enough of a soul.

The script by Sherman Payne is filled with voiceover for high schooler Shawna (Asjha Cooper), and while that storytelling tactic normally can be a bit much, it does help plant the story firmly in her perspective, and let Cooper's compelling performance reflect on the many pieces that then come into play. Shauna was born right after Hurricane Katrina, and bits of her world show the impact 15 years later—her mother is addicted to drugs and living a scary life in a low-income housing community called the Ombreux. When Shauna enters the space for the first time in the film, it has its own haunted air, one that the movie effectively repeats throughout as the script fills its world with brief but meaningful notes about issues of race, history, and maturity.

“Black as Night” is about a truly vampiric force who has been preying on the homeless in the area, as seen in a pre-credits sequence where one man is tackled to the ground by three others, their fangs ripping into his flesh as he screams. When the vampire hunt becomes personal for Shauna in an effective, shocking development that creates deep personal stakes, she opts to become a vampire hunter, to stop the powerful figure who has been using the homeless of New Orleans. She’s assisted with some hesitance by her friend Pedro (Fabrizio Guido), and a crush named Chris (Mason Beauchamp). Sometimes Pedro or Chris struggle to be on the same page as her, and these moments of hesitation hold the movie back when its sense of adventure should be going full throttle.

The script works though a whole list of familiar elements from bloodsucker lore: coffins, sharp fangs, garlic, wooden stakes, etc. More often than other movies that find characters confronting a genre face-to-face, the scenes of them discovering these tropes can feel tedious. Any time it’s about Shauna and her friends simply understanding the “rules,” it takes a little life out of the fun in seeing vampires, and it sets up some standard action scenes that create baseline thrills and plainly shadowy sets. The jump scares don’t really work, and they blend into the rote horror aesthetic that unfortunately takes up a lot of space.

“Black as Night” does have its own spin on the material, which comes to light more with the legacy behind its vampires, as related to racial history and the conditions of the impoverished in New Orleans. But even this comes with an overly didactic nature, an animated monologue that looks more fitting for history class than a Halloween party. Go’s film has a unique and funny approach with its own vampire hunters, which give the story a slightly more discernible signature, and a sense of humor in a crowded subgenre. Plus there's a scorching monologue toward the end from a character played by the great Keith David, which wouldn't have been as effective without the story's twists and non-subtle way of addressing horrors far bigger than vampirism. 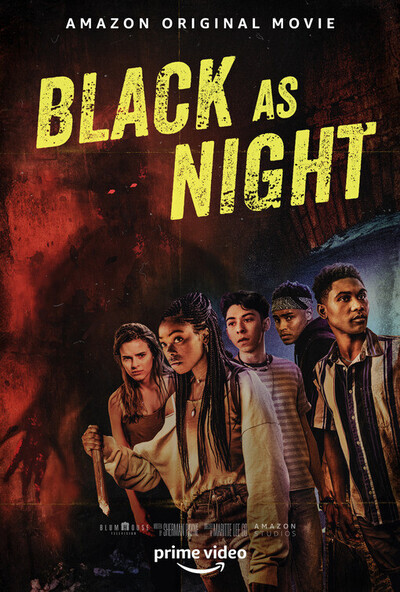 Welcome to the Blumhouse: Black as Night (2021)