"Wedding Palace" bills itself as the first-ever Asian-American romantic comedy. But it's so chock full of the usual clichés and conventions of the genre, it could have been any movie over the past 20 years that you've seen and then promptly forgotten that starred Julia Roberts. Or Kate Hudson. Or Jennifer Aniston. Or Renee Zellweger.

The first feature from writer-director-producer Christine Yoo begins with a runaway bride and ends with a mad dash to the airport for some last-minute I-love-yous. In between, Yoo finds room for all of the obligatory bad first dates and fantasy sequences, montages and misunderstandings, a wisecracking best friend and overbearing parents. It doesn't appear that she means any of this ironically, or as parody.

There is one big twist about two-thirds into the film which evidences clever thought and provides genuine surprise. And "Wedding Palace" does offer a glimpse into Korean traditions which perhaps aren't familiar to viewers from other cultures. And good for Yoo, as a rare Asian-American, female filmmaker, for taking a chance and raising the money and working to pull this all together. It would be great to be able to recommend this kind of scrappy, low-budget filmmaking.

But none of these elements is enough to make this broad, shrill, unfunny romp tolerable.

At the film's start, Jason (Brian Tee) is about to get married in garish fashion. His hovering mother (Jean Yoon) and father (Stephen Park, Frances McDormand's awkward lunch date from "Fargo") are hell-bent on having him walk down the aisle before he turns 30 in hopes of breaking an ancient curse the family is under. (Stand-up comic Margaret Cho appears awkwardly in a couple of scenes as a shaman.) Mom also runs the over-the-top wedding palace in Los Angeles' Koreatown neighborhood where the nuptials are taking place, so she truly gets to control everything.

But there's not much she can do when the bride dashes off with the cake maker—a moment that's played for big, wild laughs, but isn't even vaguely amusing—leaving the good-looking, good-natured Jason stranded at the altar.

His wacky and crass best friend (Bobby Lee) insists that all he needs is a wife like his who brings beers on command ("Wedding Palace" was brought to you by Hite, apparently) and makes her own kimchi. "It's the Korean way," he says. "It's easy, bro." Presumably, this is meant as satire of submissive Asian stereotypes.

Things start looking up for Jason, though, when he travels to Seoul for work; his company makes feminine hygiene products, a raunchy bit that falls flat. There, he meets the sweet, smart and adorable Na Young (Kang Hye-Jung). They first cross paths at a business meeting and again at a karaoke bar, where each conveniently has just gone on a terrible first date. (Yoo forces us to sit through several more performances of tinny K-pop before the night is through.)

Jason and Na Young quickly hit it off and continue their courtship once he returns to the United States. Yoo depicts this process through split-screens of long cell-phone chats and texting sessions, ambitiously suggesting a high-tech, Korean version of Rock Hudson and Doris Day. But their romantic dinner over Skype, complete with a white-wine toast through their laptop screens, is a cute idea—until you begin to calculate the time difference, that is.

Soon he proposes, she says yes, and they make plans for her to scrap her job and join him in L.A. His nosy and noisy family approves of this seemingly delightful young lady, who's well-educated, comes from a good family and—most importantly—is Korean.

But once she arrives, it's clear that nobody had any idea who this person actually is—not even Jason. The big reveal was an odd and unexpected decision on Yoo's part, and you do have to give her credit for daring.

And that's all we'll say about that—because it's the single most original element in the entire film. 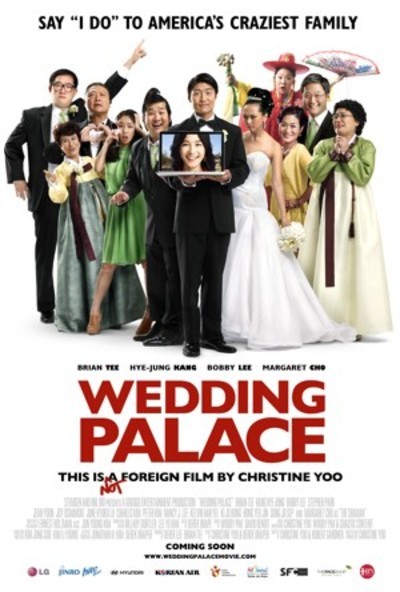