“Vita & Virginia” wastes the talents of four people—its two subjects and the two women that play them. It is a deeply frustrating movie, a film that not only can’t find the right tone from scene to scene but feels disjointed in individual moments too. It is a bit of a chamber piece, a bit of a romance, a bit of a commentary on creativity, a bit of social commentary, even a bit of magical realism. At a certain point, I started to wonder if the disjointed nature of “Vita & Virginia” was designed purposefully to replicate the structure and themes of Woolf’s Orlando, but decided I was giving a messy movie too much credit. Sometimes a mess is just a mess.

Gemma Arterton plays Vita Sackville-West, a famous socialite and writer in her own right, who meets a woman already famous but soon to be legendary, Virginia Woolf, played by the great Elizabeth Debicki. There’s an immediate connection between the two—although one of the many problems in Eileen Atkins’ script, based on her own play and co-written with director Chanya Button, is that it’s one of those films that’s constantly telling us about the spark between its leading ladies instead of actually showing it. Vita is coming off a scandalous affair with another woman, although it’s more of an issue for society and her mother (played forgettably by Isabella Rossellini) than her husband (Rupert Penry-Jones), with whom she seems to be in a “don’t ask, don’t tell” variation on open marriage.

The Woolf captured here is just starting to become the one we know today. She’s dealing with mental illness and anxiety over the publication of Mrs. Dalloway when she becomes infatuated with Vita, the yin to her yang. The idea that Vita should be a more vibrant, outgoing personality to counter Virginia’s reticent, wallflower personality is fine on a creative level, but it leads to a film with two performances at its center that feel like they’re from different movies. Arterton goes broad in line reading and facial expressions, but Debicki goes too far in the other direction. If Arterton is playing to the back row of the theatre, Debicki is playing to the people who could afford the front. They’re both very good taken on their own, but it creates a lack of chemistry in the center in which it doesn’t just feel like the two women have different personalities but like they’re in different movies. Arterton and Debicki are excellent actresses, but it was Button’s responsibility to pull them together as a director, and that just never happens.

Part of the problem is that the script never allows for depth of character, making the exaggerated over- and under-acting more apparent. This is a film filled with people who say what they want, feel, and need all the time. A character literally says, “You must remember that Virginia is vulnerable under all her brilliance.” Oh, really? Thanks. The film constantly telegraphs the intended depths of its storytelling without ever actually doing the digging. The result is an experience that’s oddly flat when it’s not spiraling off into flights of fancy, usually through a bouncy but slightly incongruous score or a bit of magical realism with Virginia, who has visions like birds attacking her or vines growing in her house.

In those moments, “Vita & Virginia” becomes another movie. It becomes the story of a famous, troubled writer who finds peace and comfort in the arms of another woman. If the entire project had been reworked from that perspective, it might have worked. Debicki is more than up to the challenge dramatically. But it jumps around in such a way that it tries to tell so much more stories than just its most interesting narrative throughline. Vita is so underwritten and yet dominates so much of the screen time. And it just becomes harder and harder to care about what happens to either of them. Someone once said that Orlando was a love letter from Virginia to Vita. You’d learn more about their relationship if you just read it instead of seeing this movie. 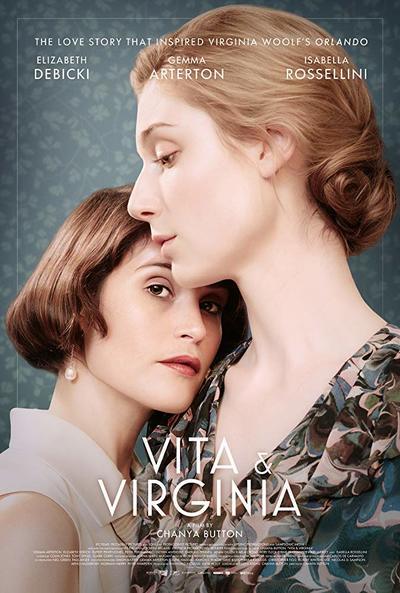