Memory is a fickle thing. It’s our version of our truth, a deeply personal interpretation of events that shapes our very being. And yet it can be lost quickly, with defining moments, people, and places falling away into nothing. For so long, I thought that that prospect was perhaps the most terrifying thing about memory. But with his feature film debut “Ultrasound,” director Rob Schroeder proves that having your memories manipulated by an external force is even worse.

The lo-fi sci-fi film begins with Glen (Vincent Kartheiser) stumbling into a stranger’s house after an unfortunate car accident in the rain. There, he meets Cyndi (Chelsea Lopez) and Art (Bob Stephenson), a bizarre married couple with a blunt air around them. Nothing is off-limits, from Art’s anti-depressant schedule to the scandalous way they met. It is essentially an introvert’s worst nightmare as the couple quickly banters back and forth while Glen is still dripping wet in their kitchen. This bizarre tableau sets an uncomfortable, unsettling tone where everything is too obviously a performance; something very wrong is afoot.

After a sexual tryst between Glen and Cyndi at the request of Art, we flash to a brand new character diving into a swimming pool. This jarring shift shakes the viewer out of the previous bizarre scene and places them into a much more conventional circumstance. This is, essentially, the experience of “Ultrasound” as seemingly disparate parts come together to create a complex puzzle involving a sound frequency that can manipulate memory, a political conspiracy, and trick pregnancies.

“Ultrasound” is structured like a memory: never quite grounded in one time or place, but rather, it’s free-flowing, leading the mind on a long-winding journey to an unknown destination. The film’s asynchronous storytelling is reminiscent of Michel Gondry’s 2004 film “Eternal Sunshine of the Spotless Mind,” a purposefully fractured tale about trying to forget a difficult breakup. “Ultrasound” is a similar puzzle, but with political conspiracy as well as confronting personal trauma at its core.

Even more than that, “Ultrasound” confronts the total violation of bodily autonomy that each character suffers at the hands of those shaping their memories. Glen truly believes he can’t walk. A woman named Katie (Rainey Qualley) is fully convinced she’s pregnant. These moments push “Ultrasound” into the realm of disturbing, showing the full extent of how easy it could be to convince the mind of a new truth. Yes, this is science fiction, but between the low-tech nature of the device that creates the frequency and previous tales of brainwashing, the events in “Ultrasound” don’t seem too far-fetched. It's terrifying.

While “Ultrasound” successfully evokes those existential feelings of dread, it doesn’t maintain a consistent tone, stuck somewhere between wanting to be serious and playing out like a Michel Gondry film. Schroeder and writer Conor Stechschulte also bring in too many players and too many storylines that muddle the emotional impact of any one narrative arc; it becomes difficult to truly invest in what’s happening when you struggle to keep up with who is who and what timeline we’re in.

Regardless, "Ultrasound" is a beautiful sci-fi indie that shows us why the horrors of the future may not be so far away, and how our identity is memory. Our sense of self is so fragile, so easily manipulated, and Schroeder's film speaks to our current world where truth is a malleable concept, evoking a creeping sense of paranoia that may follow me for days to come. So treasure those memories and those experiences. And don’t think too hard about just how true they are. 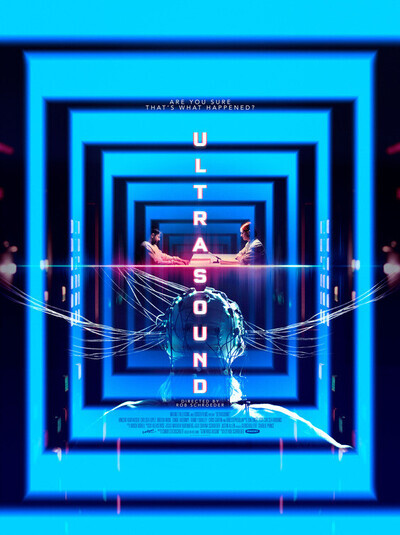