The phrase “trigger point” refers to the parts of the body which actually trigger pain; so if you’ve got a lower back condition, you may get an injection at the “trigger point” of your affected area. As is customary for many hack films, the writer or producer or whoever it was that nailed down the title “Trigger Point” for this cinematic bag of pain didn’t/doesn’t care what the phrase actually means, or whether it applies to anything that actually happens in the movie; they just thought it sounded cool. Also, there’s a lot of shooting in this ostensible spy thriller, and, you know, guns have triggers, and so on.

The movie opens with a slim woman wearing a bolero hat at least two sizes too big for her head blowing away a bunch of people who seem to be minding their own businesses. We then cut to “One Year Later,” and to Poor Barry Pepper as Nick, who’s got a well-appointed cabin in some attractive woods and an elaborate home security system monitoring said cabin. It’s the same set-up you’ve seen in “The Mechanic” and maybe 7,000 other movies. And so too, the dialogue—including such gems as “I have a message,” “She’s determined to find the killer,” “”Nobody knows who Quentin is … that’s what makes him so powerful,” “The world doesn’t work that way anymore,” and “I thought you were dead”—consists of words you have heard very often before.

Pepper’s character was a top guy at “the Agency” and now that he’s out of the assassination game or whatever it was—said agency is so vaguely defined that it’s entirely possible that all the characters here are just involved in an elaborate and very self-serious RPG, honestly—he’s the world’s nicest guy, rescuing pregnant stray cats and such. He regularly gets "special orders" at his local bookstore—um, huh—and eventually he’s tracked down by an old boss. Those folks minding their own business in the opening scene were all in Nick’s agency team. He’s the only one who eluded the assassin with the bad hat. Also, Nick underwent torture and can’t remember what happened. So he may in fact be the guy who gave up his colleagues. Anyway, his old boss, Poor Colm Feore’s Elias, wants Nick to not only find a crucial file but rescue his—Elias’, that is—daughter from kidnappers.

This picture, directed by prolific television helmer Brad Turner from a script by Michael Vickerman, is talkier than the average Cheap Thriller That Usually Features Bruce Willis Somewhere, and eventually—actually not TOO eventually—one is apt to stop asking “So what exactly is going on” and start asking “Who cares.” In between gab fests Pepper shoots oodles of black-clad, ski-masked men whose squibs squirt crimson as they fall backwards, or frontwards, or sideways, and Pepper never misses. Lucky him.

The capper is a reveal so ludicrously offensive that it only could have been conceived by a white male Hollywood screenwriter nurturing some deeply-held racial and sexist resentments he wants to be somehow clever about. And after doing that, the movie has the nerve to set up its own sequel. Which nobody, least of all the filmmakers, ought to hold their breaths for. 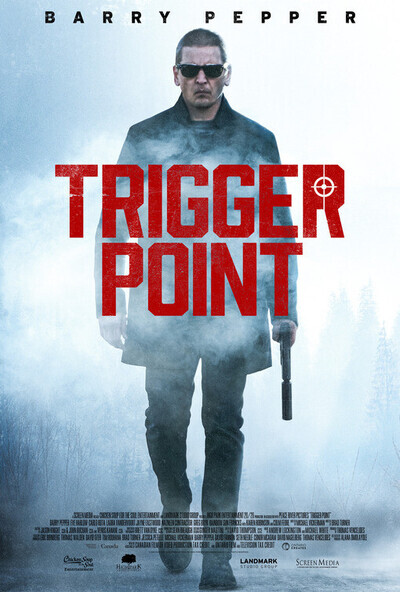