What’s the story of Tiger Woods? Two things probably spring to mind—a rise to the top of his field and a drastic fall from grace on a very public stage. HBO’s “Tiger,” which runs over two weeks and about three hours total, attempts but struggles to blend these two halves of the legend of Tiger Woods. One of the main things that distinguish this docuseries from 2020 hits like “The Last Dance” and “Lance” is the fact that Woods himself is almost entirely absent other than in archival footage. And so his story is told by friends, colleagues, and lovers. The sense that Tiger Woods was always a little hard to read and decipher remains at the end of “Tiger,” a series with a professional sheen, a few interesting stories that fans will want to hear, but too little depth and insight to make the green.

Pressure made Tiger Woods. Pressure broke Tiger Woods. The best elements of Matthew Hamachek and Matthew Heineman’s docuseries paint a portrait of someone who literally always responded to intense pressure. The idea that the same pressure that shaped Woods would bring him down both physically and in the tabloids is clearly the thrust of Hamachek and Heineman’s approach, and they do connect some interesting dots along their trip through the life of one of the most famous athletes in history. “Tiger” is never boring because Woods himself is an interesting figure, even if the filmmakers are unable to dig below that surface with enough force.

Tiger’s father Earl Woods is the main throughline of “Tiger,” and he’s introduced speaking about his young son as the savior of not just golf but something greater to his people. Earl Woods was everything to Tiger Woods. He not only shaped his golf skills but became more like a friend or brother to Tiger, arguably to the young man’s detriment. One of the most interesting chapters of “Tiger” draws a line between Earl’s constant infidelity, often with Tiger nearby, to the issues that led to his son’s downfall. The picture of Tiger Woods that emerges is one of a man always trying to impress his father—on the golf course, with his relationships, and even with adventures in military exercises. Feeling like you’re constantly coming up short is not an easy way to live.

And yet “Tiger” struggles to really teach us anything about its subject because Hamachek and Matthew Heineman are content to turn this into a chronological mix of archival footage and interview segments. Way too many of the interview subjects offer an outsider impression of the young man, either from sports journalists or people who knew Woods. It’s one thing for the Woods estate to clearly be as private as they were with this production, but the glimpses we do get of personal Woods hint at a deeper, more insightful project than this blend of previously seen material with outsider commentary. For example, there’s a clip early in the series of young Tiger partying with friends, and it’s a looser, more relaxed version of Woods than we’re used to seeing. “Tiger” needed way more of that kind of material and significantly less highlight reel footage from major places like ESPN or his talk show appearances.

It doesn’t help that the current interview subjects are somewhat unable to rise to the occasion when it comes to discussing Woods. Maybe those truly closest to him were asked by Tiger not to participate? Sure, we hear from his longtime caddie, teenage ex-girlfriend, and even Rachel Uchitel, but major players outside of just Tiger are missing here, including even a surprising dearth of golf experts or contemporaries. What’s it like to play with Tiger? What’s he like behind the scenes? Some of “Tiger” hints at this with interviews with people like Sir Nick Faldo and Rocco Mediate (and Bryant Gumbel is typically fantastic in terms of analysis and context), but too many aspects, even the golf ones, feels at a distance in “Tiger.” It’s like hearing someone’s life story only from their neighbors.

Maybe that’s part of the point of “Tiger”? Maybe all of this seeking to understand Tiger Woods comes up short because it’s really not that complicated: He’s a competitor who constantly wants to impress his dad and changed the face of his sport to do so. It’s possible, but that seems a little easy. I went into “Tiger” thinking that here was a fascinating subject for a docuseries because it feels like we don’t really know what it feels like to be Tiger Woods. I still feel that way. 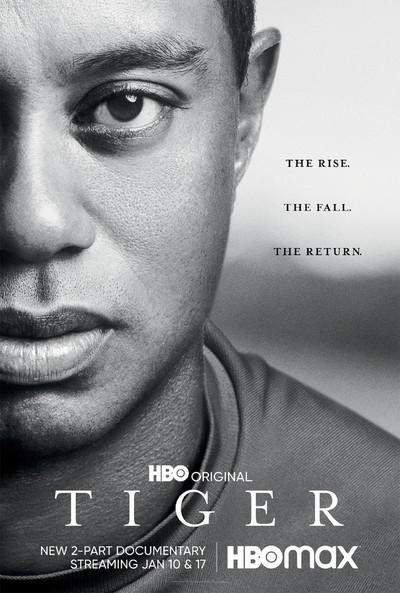