I’ve been a long-time defender of the movie character Nathan Rabin unforgettably described as the “manic pixie dream girl” (MPDG), the slightly outrageous yet endearing and adorable character whose role in a film is to give the repressed/clueless/awkward/shy male character a bracing lesson about getting the most out of life. Once in a while, the story is about an MPDG who learns that sometimes you have to be a grown-up.

It is just one version of the many films where a quieter, follow-the-rules character is paired with a more impulsive follow-the-emotions character because it is one way to present one of the core internal conflicts humans face. So, whether it is Katharine Hepburn’s madcap heiress knocking over Cary Grant’s dinosaur skeleton in “Bringing Up Baby” or Audrey Hepburn learning that she can’t live on parties and powder room money from George Peppard in “Breakfast at Tiffany’s,” these stories can be reliable, entertaining, and heartwarming reflections of our own struggles between self-consciousness and courage, conformity and independence, ego and superego.

The spirited girl who brings life force to an uncertain male is such a popular genre that there is a whole sub-category of MPDGs who are dying, including Sandy Dennis and Charlize Theron in two versions of “Sweet November,” Mia Wasikowska in “Restless,” and Olivia Cooke in “Me and Earl and the Dying Girl,” all of which, despite their shortcomings, are far better than the superficial, dull “Then Came You.”

The young man in need of a wake-up is Calvin (Asa Butterfield), a shy, sad young college drop-out working as a luggage handler. He is so obsessed with death that he keeps a journal of his possible symptoms and attends a cancer patient support group even though he is not sick. That is where he meets free spirit and dying MPDG Skye (Maisie Williams), who enlists him to help her fulfill her final wishes, which she has dubbed her To Die List, because “bucket list” is not cute enough.

Skye has the kind of fatal disease we see only in the movies, looking completely healthy (except for her cute wigs) and filled with energy for all kinds of cutesy shenanigans and quippy comebacks until the storyline calls for her to ramp up the stakes.

And so, until Skye must collapse at a dramatic moment, she has to get Calvin to help her with her list of supposed-to-be-adorable rule-breakers like shoplifting and vandalism and a few things healthy people have time to wait for, like having sex with the guy she had a crush on before she got sick. This provides an opportunity for a montage with Skye and Calvin performing Shakespeare in a park, fencing, spray-painting a building, wearing funny outfits at a sidewalk stand selling fried chicken and tacos, and behind the wheel of a fire truck, none of which is close to being as charming as it intends. One of the items on her list is “help a sad case,” so she pushes Calvin to come clean about not having cancer and ask out Izzy (Nina Dobrev), the flight attendant he has a crush on from afar. Just to make sure we have not had enough reminders about how Calvin is wasting his chance at life while a dying MPDG (her name is SKY, get it?) is filling the time she has left with adventure, Calvin works at the airport but has never been on a plane.

It is a shame that this movie about life is itself lifeless for so much of its running time. Its brightest moments feature Ken Jeong as a sympathetic cop, reminding us of how a gifted actor can create a vivid and appealing character in a few brief scenes. And Dobrev makes Izzy a warm, thoughtful, real person out of a character created to give Calvin someone to aspire to. While Williams is stuck with a character who has all of the depth of the beam of light that portrayed the theatrical version of the original MPDG, Tinkerbell, Dobrev, in one wordless scene, exquisitely conveys a range of thoughts and emotions. That moment is like an entire movie in itself, with more authenticity and heart than the one we just saw. 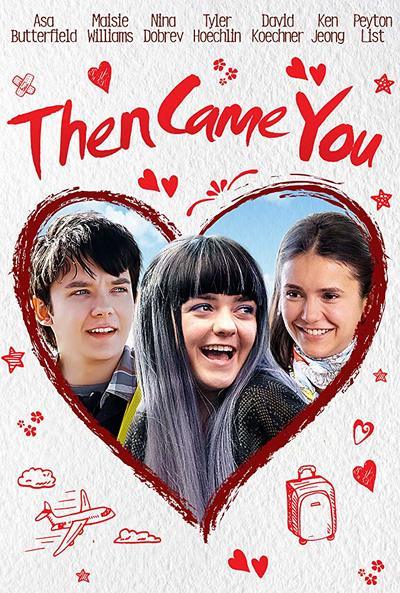