U.S. citizens almost never process the news that comes out of the Middle East as occurring in the context of people who are trying to have everyday lives. Physical battle and argument seems so constant that we rarely extend our imaginative empathy into quotidian realms. Such as, for instance, Palestinians wanting to nourish their kids with milk, or who want to take their coffee in a form besides black.

“The Wanted 18” is an unusual documentary, co-directed by Amer Shomali and Paul Cowan about a late-1980s attempt in a Palestinian town to achieve dairy self-sufficiency. During the first uprising deemed an “intifada” in that period, Palestinians organized various boycotts of Israelis services and commodities, and to that end, in the town of Beit Sahour, an enterprising fellow purchased 18 milk cows from a liberal kibbutz tender. The movie begins with co-director Shomali, who calls Beit Sahour his home town despite the fact that he was raised in a refugee camp, remembering reading about these cows in a comic book when he was a boy. This inspires the movie’s most potentially eyebrow-raising formal strategy: telling portions of the story via comic-book-style graphics and stop-motion animation. Shomali raises the ante by anthropomorphizing four of the cows, giving them names—Rikva, Ruth, Goldie, and Lola—and the power of speech. These Israel-raised cows are made to disdain their new owners—“Infitada, shmintifada,” one drawls—but eventually their cynicism evolves into a drive to survive.

This gives rise to a potent metaphor, even as the direly quixotic nature of the town’s project is acknowledged right off the bat. “Palestinians don’t have a cow culture,” one of the interviewees allows. “Sheep and goats, yes. Cows, no.” The initial misadventures of the new would-be dairy farmers are comic, but soon the viewer sees the extent to which even these maladroit efforts come to constitute a burr in the side of the Israeli would-be authorities. One anecdote ends with an armed member of the Israeli security force stepping out of his jeep and into a large pile of freshly laid manure, and the ensuing indignation. Jalal Oumsieh, one of the Beit Sahour residents who got the ball rolling, has a hard time containing his amusement as he recollects Israeli officials going door-to-door and waving portraits of bovines in people’s faces while asking “Have you seen this cow?”

The absurdist sectarian comedy gives way, as it inevitably does in this conflict, to tragedy, and death both human and animal. While Shomali resists easy cynicism while seeming to have almost every excuse to indulge it, he doesn’t try to craft a hopeful parable out of his material either. And his work has provided him with a new set of  concerns; he was recently denied a visa to come to New York to attend the movie’s screening at the Human Rights Film Festival. It’s difficult to look at this humane and moving picture, short but filled with telling detail (one interviewee’s account of playing Om Kalsoum records out a window in the afternoon as a form of protesting the coming curfew is particularly trenchant), and conclude that its co-director is a “security threat.” But that’s just part of what Shomali and his fellows are up against these days. One hopes that movies such as this one can at least help erode, even a little bit, a monolithic perception that persists on these shores. 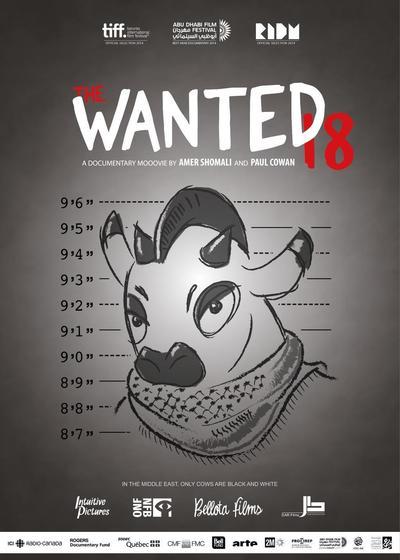