There are many layers of complex, sensitive, and controversial subjects in "The Surrogate," but writer/director Jeremy Hersh never lets it get preachy. He keeps the focus on the characters and their struggles to reconcile one of life's most painful dilemmas, the sometimes-vertiginous gap between what we think and what we feel. Lived-in performances from his excellent cast put the feelings in the forefront, showing us how painful it is to have to think through ideas about ourselves and the world we thought we understood. One of them expresses what almost everyone in the film is thinking when he admits unhappily that "Nothing seems like the right decision now."

Jess (a radiant Jasmine Batchelor) is unfulfilled and restless. She has a Master's degree and works at a prestigious non-profit providing support for incarcerated women. But her boss is not interested in her ideas for expanding the programs and tells her to get back to work sending out save-the-date emails about the upcoming fundraiser gala. There is a man who would like to have a relationship with her, but she turns him down, telling him she wants to be able to go somewhere, maybe the Peace Corps or teaching English abroad. But then she gets the results of a pregnancy test, and she is overjoyed.

The baby is not hers. She has agreed to be a surrogate for her two best friends, a gay male couple, Josh (Chris Perfetti) and Aaron (Sullivan Jones). Contrary to what is considered best practices for surrogates today, apparently the egg is hers, though this is not explicitly discussed. Aaron is a lawyer and the three of them believe they have every possible aspect of the arrangement spelled out in a contract. The men will pay for all the medical expenses and Jess will relinquish any parental rights. "They're the parents; I'm just the vessel," she cheerfully explains to a slightly befuddled waitress when the three of them go out to a celebratory dinner. "I'm doing this because I want to and Josh and Aaron deserve it," she says, confident that she has thought it through.

Then prenatal testing reveals an extra chromosome, Down syndrome. And that scrambles everyone's ideas about what was happening. Jess now has a sense of purpose she did not have in her romantic or professional life. She reads up on Down syndrome and looks into community resources. She visits a social enrichment program, asks questions, reaches out to one of the teachers, plays with a child named Leon (maybe because he is high-functioning, maybe because he has red hair like Josh), and she invites his mother for coffee. Josh and Aaron are understandably shell-shocked, but they go along to visit the enrichment program and visit Leon and his parents. Jess believes that if she just gives them the right reading material and maybe suggests a more lucrative career redirection, they can make it work and everyone will live happily ever after.

The cast of "The Surrogate" has theater experience, which means they know how to hold the audience's attention in scenes of people sitting in a room talking. That is important because the screenplay is dialogue-heavy in both senses of the word. Much of the film is characters talking to each other, and the conversations deal with the most sensitive and difficult issues there are: race, gender, eugenics, sexual orientation, disability rights, abortion.

Fortunately, Hersh has a good ear for the way people talk about sensitive and difficult issues. A medical professional delivers the news about the chromosomal test and then speaks delicately of referring them to someone who can "guide you through your options." When Aaron and Josh talk about terminating the pregnancy, they put it in terms of the financial cost of raising a child with Down syndrome, glossing over what their decision says about the limits on their ability to love and commit to a child they helped to conceive. But sometimes the words are very direct, as when Jess and her mother, an Ivy League dean, consider that if she was to keep the child herself, in addition to the other challenges of raising a special needs child alone, Jess would be perpetuating the stereotype of a single Black mother.

Hersh and his actors make each character sympathetic. These people care about doing the right thing and they care about each other. There is no right decision for these people. But there are less wrong decisions, and watching them work to find one keeps us questioning our own ideas about what they should do until the final frame. 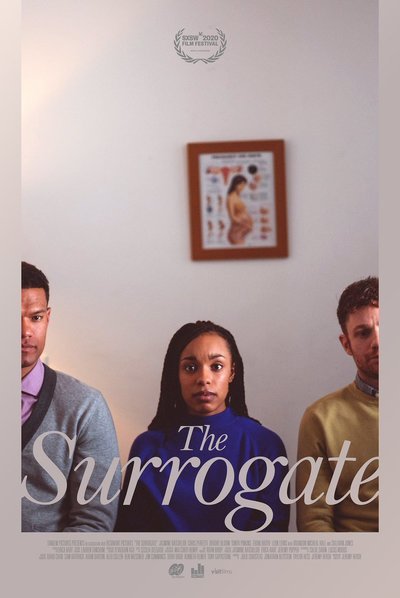