“The Killer and the Man Who Couldn’t Be Killed.” The basic set-up for the Aussie thriller “The Suicide Theory” could have been that of an episode of “The Twilight Zone,” or any number or horrendous Quentin Tarantino knock-offs that tried to sell audiences on philosophical hitmen in suits in the late ‘90s. I’ll admit to some serious apprehension given my general dislike of both twist-heavy Serling knock-offs and screenwriters who don’t realize how difficult it is to do what QT does. So I'm happy to report that, for an hour or so, “The Suicide Theory” is surprisingly strong. Carried by an engaging lead performance and witty dialogue that can reference “Candide” and “Sunset Blvd.” without seeming overly forced, the movie works. Until it doesn’t. The final Act O’Twists, which almost anyone will see coming from very far away, lets down the character work that preceded it and the whole piece sinks just a bit too far into the melodramatic muck from which its characters are trying to extricate themselves.

Steven (the excellent Steve Mouzakis) is a brutal, unapologetic hitman, the kind who leaves no witnesses and murders a man in the opening scene because he interrupted a conversation he was having. Steven is hired by the meek Percival (Leon Cain), a man with unusual scars on his face and an even more unusual story. Percival wants to die but he can’t kill himself. Every time he tries, he wakes up in a hospital (and there’s a clever, Coen-esque running joke in which the same doctor says “You’re lucky to be alive.”) He’s even convinced that Steven can’t just ice him like he does his other targets. After an opening discussion on a train, Steven shoots Percival three times at close range. Percival lives. Not long after, he shoots him again, in the head, taking out his eye. Percival lives. Percival tells Steven that he can only kill him when Percival really doesn’t want to die. Percival did something wrong and the powers that be won’t let him take the easy way out.

So Steven and Percival form a unique relationship—the killer and the guy who wants to be killed. The problem is that Steven doesn’t really want to be a killer any more. He’s really only in the business because of the emotional baggage he carries after the hit and run accident that killed the only woman he ever cared about. Similarly, Percival might have more to live for if his boyfriend Chris hadn’t been killed. These are two men at opposite ends of the spectrum socially, sexually, culturally, who, of course, learn they have more in common than they originally thought. And that fate may have actually brought them together for a reason.

There are signs of clichéd filmmaking from the beginning in the flat close-ups and over-used score, but the performances carry “Suicide Theory” for a surprisingly long time. I wouldn’t be stunned at all to see Mouzakis pop up more and more in bigger parts. He’s engaging in a way that makes a loathsome character like Steven possible to watch. This can be a strikingly ugly, scuzzy film, such as in a pair of scenes near the end of the first act in which Steven has a one-night stand that ends in near-strangulation and Percival is the victim of a hate crime. And yet Mouzakis’ performance and director Dru Brown’s filmmaking keep the piece from turning off viewers in a way that it can’t win them back.

Just as “The Suicide Theory” is becoming an interesting meditation on fate vs. free will, it reaches a final act that’s really just a mess. While the film probably wouldn’t exist without its final twists, I would argue that it would be a much stronger film without them. Using the arc of a hitman’s redemption to comment on fate—given that murder is the ultimate theft of free will—works without the “Twilight Zone” hook. The result, like so many attempts Percival takes on his own life, is a near-miss. 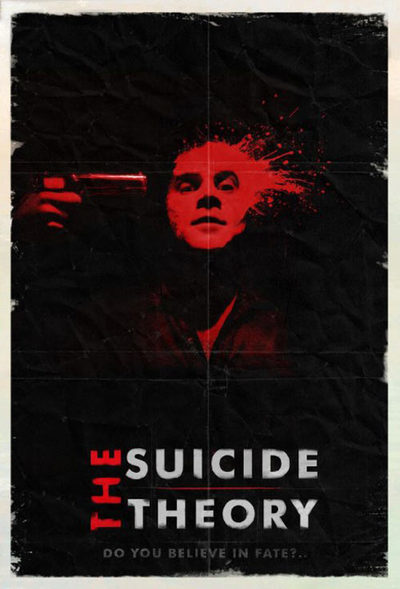 Rated R for strong violence, language and some sexual content