A woman is checking in a new group member who looks a little nervous. She gently compliments him for wearing a dress shirt, tells him he will have to lose the hoodie, and reassures him about a required article of clothing he is missing. "We can get you a tie." If he ever had one—if he ever even wore one—it was a long time ago.

The group is part of Cara, a job training program in Chicago for transitioning people who have not been employed due to incarceration, substance addiction, or both. "Did I call you?" the leader asks the group. No, they are all they because they want help. And that means, he tells them, that they have given him permission to be "up in your bidness."

The leader is Mr. Jesse and the class he teaches is accurately called Transformations. Part preacher, part counselor, part coach, part father figure—he says his biggest regret is not having children—he inspires the group by disarming them with humor and reassures them that though they have done bad things they are worthy of love and respect. He's clear that they must take responsibility for what they have done and for what they must do to make the transition to independence, including building a record of reliability and professionalism.

His final presentation is spellbindingly powerful. If Reader's Digest still featured their My Most Unforgettable Person series, he would be at the top of the list. When a participant lies about where she is and another one misses work, he is clear about the consequences, but he is also clear that he is not giving up on them and he does not want them to give up on themselves. He has endless sympathy for the obstacles that poverty, inexperience, and loss create and he always has another option for them to take to get back on the path. Like the spiritual says, his eye is on the sparrow.

Directors Jon Siskel and Greg Jacobs have an unobtrusive, intimate approach that is only possible through patience and the ability to gain the trust of all of the participants. There are no explanations from experts about the sociological and psychological forces that lead people to need this kind of support. Quiet images of the snowy city and limited use of on-screen descriptors create an atmosphere that sets the mood and make us part of the group. They wisely begin with a participant named Kristen, a once-successful college graduate who will make many audience members question their assumptions about the "others" who are in the program. She grew up in a supportive, comfortable home and we see her mother's "pride wall" with framed tributes to Kristen's awards and achievements. "That is her interpretation," Kristen says. Certainly, there is nothing about her years of drug abuse and addiction on the wall. While many of the others think of themselves as failures, Kristen still considers herself better than other group members. "I know how to work." While some of the others never had an idea of the possibility of success within the system, Kristen was raised for it. A glimpse of her teaching computer skills to the others shows us how far she is from where she was.

But this is not just a program about learning professionalism and job skills. "It is not just about a job," Mr. Jesse says, "If you don't want to change your life, it won't work." His first assignment shows us how profound that change will be. He tells them they need to find someone they love, look that person in the eyes, touch their face, and say, "I love you." A member of the group tells us how his teenage son sobbed when he heard that.

Mr. Jesse tells the group that each of them has value and is "worthy of the best life has to offer," but for that to happen they have to become a community, to support and watch out for each other. There is a bell to ring every time someone gets a job. They learn how to respond to failure, loss, harassment. They do not learn how to have hope; they learn to nourish "that little glimmer of hope that got you out of bed in the first place" and brought them to the program. This film will nourish the glimmer of hope in all who watch it, hope for Mr. Jesse and his students but also the little glimmers we sometimes overlook in ourselves. 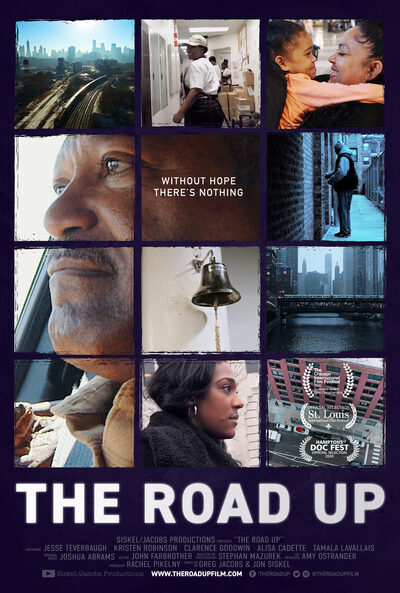