The Right Kind Of Wrong

"The Right Kind of Wrong" is the kind of comedy that asks an audience to find borderline-stalking behavior charming. Unnatural pushiness is obviously a common trope in the romantic comedy genre, and when it's done well (like Katharine Hepburn setting her sights on Cary Grant in "Bringing Up Baby" and not stopping until she has captured him in her butterfly net) it makes being stalked look like fun. But when it's done lazily, you start to wonder why a restraining order isn't being filed pronto. In "The Right Kind of Wrong", Leo (Ryan Kwanten) sets his sights on Colette (Sara Canning) on the day of her wedding to the too-good-to-true Danny (Ryan McPartlin). Even though she is a married woman, and he only knows her from one glimpse outside the church, Leo starts to pursue her, following her around, spying on her, and infiltrating her life. Only in a romantic comedy would an audience be asked to find creepy persistence like this a natural prelude to love.

Leo is recently divorced from a woman who started a blog about how horrible he was as a husband. The blog was called "Why You Suck", and the opening credits show us how the blog became an instant hit, leading to Webby awards and television appearances. "Why You Suck" has made Leo infamous. People whisper about him behind his back. Everyone knows he crapped his pants on their honeymoon in Paris. "I had heat stroke!" he bellows to tables of random cackling strangers. To make matters worse, Leo is a failed writer himself, who turned down a big publishing deal when the publisher asked him to make changes to his novel. To watch his unsupportive wife get a huge book deal based on her hostile blog is a bitter pill to swallow.

Leo loves his job as a dishwasher in a busy restaurant, juggling plates and cups as they come flying his way. He rents a little house, glumly watches his wife bitch about him on television, and is bombarded with questions about what he is doing with his life by the precocious children of his boss (played by Mateen Devji and Maya Samy). It's all a bit twee, but not without humor. Leo has a best friend, Neil, played by the wonderfully loopy and sincere Will Sasso, who has an indiscreet sex life with his wife (she has created a Twitter feed for Neil's testicles; they read it out loud to one another and roar with laughter as Leo looks on horrified). Everyone wonders why Leo is fixating on a married and unavailable woman. It's a fair question.

Played by Sara Canning, a wonderful Canadian actress familiar to television audiences from series such as "Remedy", "The Vampire Diaries," and one memorable episode of "Supernatural", Colette remains a bit of a cipher, albeit charming and frustrated, in classic rom-com style. She grew up with a wild mother named Tess, and yearns for stability and a home. Tess is played by Catherine O'Hara, who brings spontaneity into the picture every time she appears (which is not often enough). O'Hara has one of the funniest lines in the film: "If I were twenty years younger and not in a committed polyamorous relationship with some people in Anchorage…" Only Catherine O'Hara could infuse those ridiculous words with a such a blend of exquisite and hilarious regret. Tess doesn't approve of Danny, even though he is a lawyer, was an Olympic skier, and has created a camp for underprivileged kids called Camp Awesome Times. Colette runs a wacky little tour guide business, and is searching for something to ground her. The fact that Leo, a dishwasher total stranger with a chip on his shoulder about authority figures who treats her brand-new marriage as a temporary situation, would fit the bill is one of the many unbelievable things we are asked to believe.

Megan Martin wrote the screenplay, basing it on Tim Sandlin's novel, and it's overwritten to the extreme, with a pushy voiceover from Leo including such mouthfuls as "Sex with strangers, even leggy weirdly vocal ones with a blasé attitude is an alienating excuse for love." Half of the time, the voiceover is telling us what we have already perceived in the scene, so it's an unnecessary intrusion. Director Jeremiah Chechik films everything in blinding colors, the greens and blues of the majestic mountain scenery blazing off the screen in a way that is almost alienating.

Ryan Kwanten plays Leo as a baffled, enthusiastic and wounded man, and it is a good performance. But there is no real reason for Colette and Leo to get together, no undeniable chemistry, no sense that they are right for one another: it all seems wrong from the start. And not the right kind of wrong. Just wrong wrong. 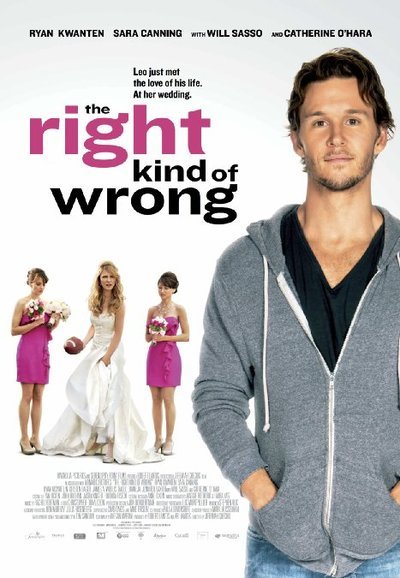 James A. Woods as Troy Cooper

Will Sasso as Neil