The Public Image is Rotten

Old punks hold grudges in "The Public Image is Rotten," a middling documentary portrait of ex-Sex Pistols vocalist John "Johnny Rotten" Lydon and Public Image Limited (PiL), the decades-old punk rock group that Lydon formed soon after the Sex Pistols' highly publicized implosion. Lydon, now 62 years old, is understandably the focus of the documentary since he's been PiL's only constant member since the group's creation in 1978. It's no secret why the band has had a sort of revolving door membership: Lydon seeks—and often finds—betrayal from discontent bandmates who are either not getting paid enough, or otherwise cannot afford to stick around the punk rock group answer to the island of misfit toys. To his credit, Lydon often insists on telling an "honest" version of his band's story, so cinematographer turned director Tabbert Fiiller frequently allows Lydon's colleagues, mis-managers, and back-stabbers to respond to his charges.

Unfortunately, "The Public Image is Rotten" often feels like an illustrated airing of grievances that also happens to be an in-their-words history of Lydon's best band. This illustrated catalog of grievances is partly underwhelming because Lydon's stories have already been told—and often with greater detail—in indispensable punk histories like Legs McNeil's "Please Kill Me" and Phil Strongman's "John Lydon's Metal Box." It's also pretty hard to imagine this superficial new documentary making a strong impression on anyone but diehard fans since Fiiller mostly considers PiL as an anti-scene unto themselves (ie: whatever it was, they were against it) rather than a music group whose avant garde style made Lydon's many discontents seem essential...for a while, anyway. (the band has released ten studio albums to date, and only four of them are really good).

Lydon often seems to dominate the film's oral-history-style narrative, which is a bit disappointing since he published an autobiography two years ago. He re-covers a lot of old ground about topics ranging from his troubled youth—in addition to being neglected by his parents, Lydon also completely lost his memory at the age of seven following a coma—to his joy at recently performing with PiL (pronounced "pill" by several band members). But many of Lydon's free-wheeling discussions with Fiiller tell a very one-sided story. Lydon predictably takes some jabs his favorite punching bags, like ex-manager Malcolm McLaren and filmmaker Julien Temple. He also briefly mentions the death of Sex Pistols bassist Simon "Sid Vicious" John Ritchie.

But Fiiller and Lydon's laissez faire approach probably won't clarify for uninitiated viewers—or even established fans—how the band's chaotic personal histories informed their shared creative genius. Then again, punk music isn't often taken seriously as music; instead, it's treated like a social movement that occasionally sold records, clothes, and other accouterments for a flash-in-the-pan anti-authoritarian lifestyle. As such, it's pretty easy to nod along to Lydon and his bandmates' avuncular stories about PiL's recording sessions, live concerts, and blunt songs, like the ripped-from-the-headlines-style murder ballads "Annalisa" and "Poptones."

Lydon used to be a creative lightning rod, and "The Public Image is Rotten" doesn't do much to explain why. Fiiiler doesn't even spend enough time talking with musicians who were influenced by PiL—everyone including Moby, Sonic Youth's Thurston Moore, and the Red Hot Chili Peppers' Flea—about what made albums like "Metal Box" or "First Edition" so formative for them. And Lydon isn't pressed to explain why, for example, he considers their Palladium show—which almost erupted in a riot after Lydon, drummer Martin Atkins, and a few hastily arranged stand-ins performed behind a gigantic tarp—to be the band's best live performance.

This is especially disappointing since behind-the-scenes chaos has always been PiL's trademark. It's hard to believe now—especially given the band's disappointing 2015 record and current line-up—but these guys used to fight among themselves, and then somehow cobble together ingenious, heavy, pompous, challenging screeds about dead girls, religious hypocrisy, and the sad state of music and the world. The band has always been in some state of disrepair, so focusing on their clashing personalities and personal histories was probably a mistake. Diehard fans may enjoy "The Public Image is Rotten," but there's not a lot here that they—or even adventurous newbies—can't get more of elsewhere. 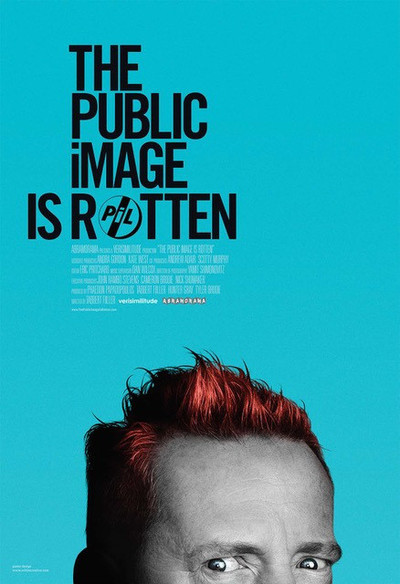 John Lydon as Himself

Martin Atkins as Himself

Jah Wobble as Himself

Thurston Moore as Himself

John Rambo Stevens as Himself

Julien Temple as Himself

Bob Tulipan as Himself

Vivien Goldman as Herself

Ginger Baker as Himself