So Jaa fans may think I’m asking why he’s doing wire work and putting himself in the same frame with CGI effects in his new U.S. release "The Protector 2," but that’s not it. I’m upset because he’s doing such cheesy wire work, and because the CGI effects he’s interacting with are so lame. I’m upset because he’s appearing in a movie that unnecessarily tricks up the admittedly no-big-thing but still amiable character dynamic of the 2005 "The Protector" (Thai country boy makes odd couple with cranky cop) by introducing a villain played by RZA, arguably a hip-hop genius but still The Worst Actor In The World (a title he clinched with 2012’s "The Man With The Iron Fists"). I’m upset because all of the bad acting and bad plotting actually ameliorate the impact of the action scenes. Think about how bad the acting and plotting have to be in order to distill the impact of a Tony Jaa battle scene. If you know a little about Tony Jaa, that’s kind of hard to imagine. I know. But trust me. Or don’t.

The fact is this: if you’re already a Tony Jaa fan, you’re going to see "The Protector 2" anyway. And then you’re likely to say, "Boy, Glenn Kenny was right. Despite the spooky-chick martial arts nieces who go after Tony ‘cause they think he’s killed their gangster uncle, despite the concubine-to-RZA female warrior whose first appearance is in a costume that looks like Mila Jovovich’s getup in "The Fifth Element," despite the truly nifty car chase scene in the first third, despite the AWESOME power of Tony Jaa’s kicks and punches and feints, this is really kind of lousy! I blame RZA." If you’re not a Tony Jaa fan, you should start with "Ong Bak," then see everything else. After which you’ll say, "I wonder if they were right about how lousy 'The Protector 2’ is." And then you’ll find out. 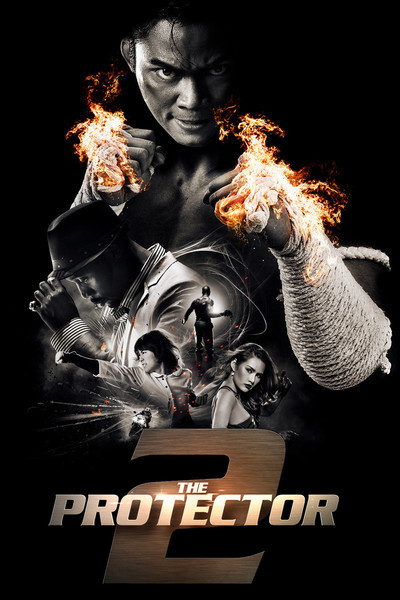 Marrese Crump as No. II