Ryûhei Kitamura's tawdry grindhouse horror flick, “The Price We Pay,” opens with a sex worker, bedecked in a furious red dress, being thrown out of a car by her John in the middle of nowhere. Before he drives off, she resourcefully snags his wallet and absconds to a grimy rest stop bathroom to count her loot. But she isn’t alone: A trucker enters. After a suspenseful minute, whereby an ostentatious 360-degree aerial pan captures her crawling out from her stall to see if the coast is clear, a gash of orange light slashes the room and a tranquilizer dart kisses her chest. We’ll have to wait 70 minutes for a conclusion to this scene. Spoiler: It doesn't pay off.

The narrow script from Christopher Jolley rewinds us to earlier that day. A desperate Grace (Gigi Zumbado) arrives at the end of her rope to a pawn shop to hock her last valuable. Despite her light pockets, by virtue of Zumbado’s haggard mien, we know Grace is carrying some heavy emotional baggage. In the film’s best scene, a trio of thieves invades the shop while Grace haggles with a lascivious owner in the back room. Zumbado’s eyes dart from the greasy hand running her leg to the surveillance cameras filming the mayhem. The actress plays the scene with a frozen guardedness that makes us question if she’s a decoy in the heist or a wrong-place, wrong-time bystander.

Unfortunately, Grace doesn’t have much to hide. She, like so many other figures in this film, exists solely, plainly, on the surface. It’s why when the three robbers—a psychotic Alex (Emile Hirsch), an oafish John (Jesse Kinser), an honorable former Army ranger Cody (played by a workmanlike Stephen Dorff)—take her hostage, we care little about her predicament. And when the quartet escapes to a secluded rural farm, we feel very little dread. These characters do not speak, react, or even walk like real people. They are clichés crushed to bite-sized crumbs to the barest level of existence.

Kitamura wants to make a B, maybe even C-level movie. So pesky items like motivation, arcs, and characters that are more than a lone note seem to merely be in his way. In the proper hands that shallowness could be a fun feature. Here, unfortunately, they decompose into exhausting cliches.

Kitamura aims for a self-indulgence that moves these characters to the next gory kill rather than the next scene. The blood springs, in “From Dusk till Dawn”-style, on the ranch in which the quartet takes shelter. There, a shaky teen warns them to leave before his grandfather comes back. But they do not heed his advice. Soon they become enveloped in a gruesome scheme run by a manic doctor (Vernon Wells) and his lumbering gimp (Erika Ervin), who, under the farm, have a subterranean system of jail cells and operating tables. A trite, illogical backstory for the doctor follows; unreasonable pans by cinematographer Matthias Schubert ensue; nauseating editing by Shôhei Kitajima drives the final nail in the coffin.

Far too often in the film’s second half, Kitamura mistakes blood-smeared torture scenes as solely being worth the price of admission. Beyond being innocent, why should we root for Grace? She doesn’t display any ingenuity, and the script doesn’t provide her with many scenes where she can engender empathy or provide us with memorable details about herself. We are expected to pull for her solely because she happens to be in this movie. In that regard, I do feel for her.

The sole redeeming quality in this 85-minute swill resides in the makeup and practical effects, which rely on viscous blood and gnarly props that make the kills hard to stomach. The exceptional crafts might have been enough if Kitamura didn’t succumb to an embarrassing riff on “Texas Chain Saw Massacre” for the final, underwhelming freakout. Instead, not long after the film ends, and not long after the screams die down and the gore stops gushing, we discover that no discount thrill is high enough for “The Price We Pay” to be worth its rock-bottom terror. 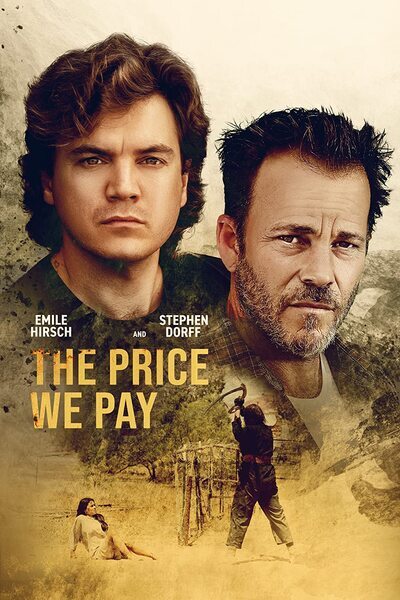 Vernon Wells as The Doctor