The Parts You Lose

You won't see a better example of pure cinematic storytelling this year than "The Parts You Lose," an engrossing thriller about a young boy named Wesley (Danny Murphy) who befriends an injured criminal in hiding. Most of the movie is conveyed through his point of view, which is especially fitting because the central character is hearing-impaired. Wesley is a careful, thoughtful observer of the world around him, and this movie challenges us to look as closely as he does. Every frame is filled with significant, illuminating details.

Many movies use striking images or close-ups of actors to help us see powerful performances. "The Parts You Lose" has all of that, but always in service of the story, much of it subtly filmed from Wesley's height and perspective. It also makes the most of the setting, a remote, hardscrabble small town in frigid, mid-winter North Dakota (filmed in Canada). There is snow everywhere, and Wesley's red knit cap stands out in the muted palette of neutral-toned overcoats and bare-limbed trees.

The first time Wesley sees the wanted man (Aaron Paul), he is lying motionless in the snow, an ominous dark blob in vast whiteness that would be powerful as an abstract image on the wall of a museum. Before we can wonder if he is still alive, he moves, and it happens to be exactly the form of communication best suited for Wesley to comprehend. He puts a finger to his lips to convey silence, a form of communication Wesley is very good at.

As with Pip in "Great Expectations" and the children in "Whistle Down the Wind" and "Mud," the relationship between those who are vulnerable due to their youth and lack of experience and adults with a history of volatility and violence brings out our most protective instincts, and sometimes those of the criminals as well. Wesley helps the man who is hiding out, and the man helps Wesley as well, giving him advice about how to handle the bully who has been preying on him at school, and respecting him enough to beat him in checkers until he learns to do better.

It is significant that Wesley's father calls his son "Tiger," a name that says more about what he wants his son to be than about who he is. While Wesley's mother (Mary Elizabeth Winstead) uses sign language to talk to Wesley, his father Ronnie (Scoot McNary) refuses. In one telling scene, Ronnie glances at a colleague at the auto shop teaching his son about Wesley's age about the different kinds of wrenches. For Ronnie, Wesley's disability seems to him to be just one more unfairness in his own life.

Over the course of the film, three men tell Wesley scary stories to teach him something. The man in hiding describes what he did when a tiger bit off his finger. The cop who is looking for the man in hiding tells Wesley about a woman who befriended a mountain lion only to learn too late that it could not be tamed.  Ronnie tells his son a story about his own father. Wesley is at the age when boys consider what it means to be a man, and we see him evaluating the depictions of masculinity in the stories and in the men who tell them.

We also see the man in hiding consider what it means to be a father when he warms to Wesley. Wesley briefly represents the daughter he never sees, the boy he once was, and, maybe, a possible future where he could matter to someone.

Newcomer Murphy, who is Deaf, gives a performance filled with wonder, while trying to hide the feelings showing on his face. Winstead continues to be one of the most gifted actors on screen. Here, as Wesley's warmly sympathetic mother, she acts in what are essentially three different languages: ordinary spoken English, fluid and expressive sign, and the coded terms she uses for trying to translate Ronnie's rough and volatile moods into less scary terms for the children. The difference between what she knows and what she wants the children to see is painfully clear.

Screenwriter Darren Lemke has shown a gift for stories about young characters with "Shazam!" and the underrated "Jack the Giant Killer." And director Christopher Cantwell ("Halt and Catch Fire") makes an impressive feature film debut with this quiet gem of a film. It left me looking forward to what he will do next. 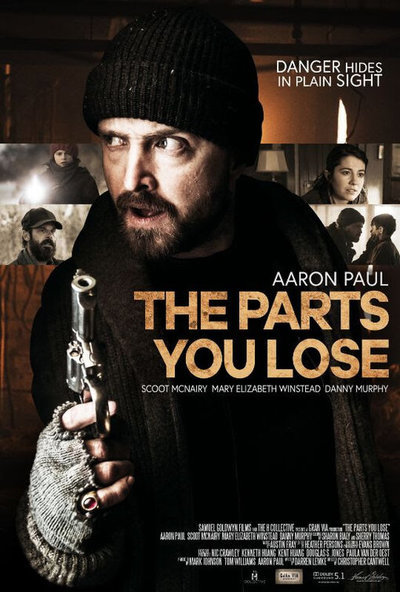