Everyone is in a hurry in “The Other Story,” an Israeli film from director/co-writer Avi Nesher. The characters have a lot to say to each other but no one wants to listen. They keep cutting each other off, claiming to be running late or busy, or just hitting “decline” when the cell phone rings. None of them is especially satisfied with what they have, but everyone seems to have strong views on how other people should live, while feeling equally strongly that everyone else should leave them alone.

The title refers to the many “others” in this story, with people in the same family or profession seeing each other as outsiders, or seeing themselves that way, unable to be honest enough with and about themselves to allow a sense of inclusion or community.

The Jerusalem setting provides context and counterpoint. A tour guide tells his group about the connection between paintings of Isaac and Jesus – both stories of sacrifice. A man on his way to speak to some nuns in a convent is worried when he sees three Arabs standing at the entrance to a road that is blocked, but his Orthodox Jewish daughter speaks to them cordially in Arabic. She learned it during her stint in the Israeli army.

Like other recent Israeli films including “The Women’s Balcony” and “The Wedding Plan,” the story is set in the middle of the sometimes companionable overlaps and sometimes deep conflicts of multiple approaches to Jewish religious practice. At an engagement celebration in a closed Orthodox community, most of the men wear the black hats, sidelocks, and beards of the strictly observant, but others are in modern dress and at least one does not even cover his head with a kippah.

Anat (Joy Rieger) is about to marry Shachar (Nathan Goshen), who is a singer. He was once a successful pop star with a sex, drugs, and rock and roll lifestyle that can still be glimpsed in their old music videos. But they have now devoted their lives to God and live a life of modesty, ritual, and holiness in an ultra-Orthodox Jewish community in Jerusalem.

Anat’s mother Tali (Maya Dagan) is a sophisticated, secular woman who is so eager to stop the marriage that she has invited her estranged ex-husband, Anat’s father Yonaton (Yuval Segal), to fly in in from America to help her. Her hostility toward her former husband will, at least temporarily, be less important than keeping their daughter from becoming permanently enmeshed in a religious practice Tali thinks of as isolating and outdated.

Yonaton and his father, Shlomo (Sasson Gabai of "The Band's Visit"), are both psychologists. Yonaton has been teaching and writing and working at a start-up in the US. Shlomo has almost completely retired, but he has been assigned by a judge to work with a very angry divorcing couple to make a recommendation on custody of their young son. The wife, Sari, grew up as an observant Jew whose father would not allow much contact with the outside world, but she has rebelled and now identifies as pagan. Her husband, Remi, a tour guide with a deep love of the history of Jerusalem, is worried that Sari will expose their son to bizarre, possibly harmful rituals and that she will turn his son against him and prevent them from seeing one another.

Shlomo asks Yonaton to help him work with the couple, partly because of his expertise (Yonaton has written about cults) but possibly to give them a common project without the baggage of their family issues. And then Yonatan asks Anat to accompany Sari to a women-only pagan ceremony so she can report back on anything that might be harmful to a child. Yonaton knows Anat’s sympathies for a child who may be in harm’s way will make it impossible for her to refuse and he hopes it will be something for them to share that is not tainted by their years of estrangement. He also hopes it will give them a chance to talk that will make it possible to understand her choices.

Nesher skillfully balances a lot of characters and storylines, each illustrating a different kind of Israeli and a different connection to Jewish life, culture, and practice, but he never lets any of them become symbolic rather than real. These characters who are in so much of a hurry have to pause to look at each other, to listen to each other, and to put aside their own stereotypes and preconceptions and see each other as imperfect but real and trying to do better. It is the gift of this film that it makes us put aside our own assumptions and expectations and allow ourselves to see them that way as well. 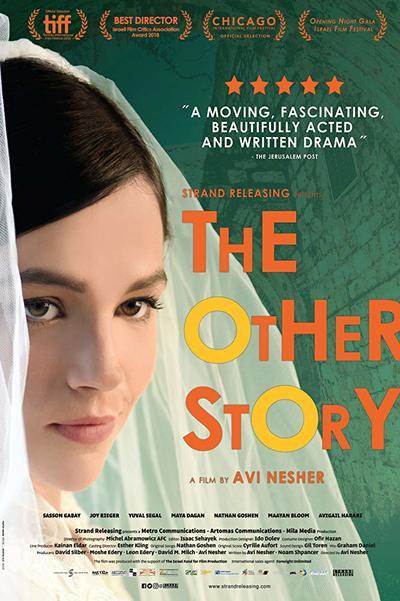