Over the past hundred years, revolutionaries have gotten more and more disappointing. Back in 1917, Vladimir Ulyanov, aka Lenin, really delivered the goods in terms of regime change. Yes, I know that the replacement of Tsarist was a disaster—I’ve read The Great Terror, and more—but, you know. Then there was Mao, and that was another spectacular overturning followed by another spectacular round of atrocities.

May 1968 yielded a revolutionary type that spawned the Green movement, a mere political party. In the U.S., Abbie Hoffman and Jerry Rubin proved mere counterculture showmen even after they took important free-speech stances in the wake of the riots at Chicago’s Democratic National Convention.

In the 21st century, the ostensible revolutionary has ostensibly loosed himself from the shackles of right or left wing ideology—although as we have seen, or shall see, a lot of these figures are fascists in anarchist clothing. Directed by Adam Bhala Lough, “The New Radical” begins with a profile of Cody Wilson, a Millennial who invented a 3D-printable gun he cheekily called “The Liberator.”

On a clip from some show on Glenn Beck’s media platform “The Blaze,” Beck asks the youthful, occasionally beardo-ish bro Wilson, “Are you a hero or a villain?” To which Wilson replies, “Good question.” Much is made throughout the movie of Wilson’s prodigious intellect. “My mother and father met in the same county,” he wistfully recalls, before revealing his father was, besides being a pastor, a professor of hermeneutics. Wilson cites John Milton’s Arepoditica as a touchstone text in the development of his PHILOSOPHY OF FREEDOM, and tells cool stories containing passages like “Exam week was here and the State Department shut me down.” He casually drops apercus like “Information should be free. And it wants to be.” He shares heaviness like “Wikileaks was about showing that the Internet is the only game in town.” Faced again with the hero-or-villain question, he says, “I don’t like the dichotomy. Whose conception? What paradigm?”

There’s nothing intellectually intimidating, or even impressive, about Wilson. The fancy word for his rhetorical practice is “sophistry.” The unfancy word for it is “bulls**t.” He’s what Tucker Max would have been had Max inexplicably decided that firearms and anarchism were more fun than various combinations of women and booze. When he complains that the attentions that his work has garnered have upset his parents, the only reasonable response is, “too bad, bro.” When some talking head lawyer evinces concern that if convicted of violating certain regulations, Wilson would end up in a less than pleasant prison, one says, “GOOD.” (As of this writing he walks the earth a free man, and a co-founder of a website called “Hatreon.”)

This movie is reasonably well directed by Adam Bhala Lough, but it’s far too dependent on and indulgent of its subjects, who also include Amir Taaki, a mouthy British Bitcoin evangelical who teams up with Wilson on a project called “Dark Wallet” (these guys and their projects are way too dependent on comic book imagery). There’s a lot of talking head footage of Julian Assange, who, we ought not forget, is holed up in an embassy because of his disinclination to face rape charges. Every time his oily voice came over the soundtrack, I felt sick. The movie also falls back on a lot of boogity-boogity docu-clichés. Skittery editing, ironic music cues, that sort of thing. While he pointedly intercuts Wilson’s whining with accounts of mass shootings over the United States contemporaneous with Wilson’s battle to keep the government’s hands off his 3D printed gun, it’s not enough.

In the end, this is a scary movie about scary people that’s too much in bed with these people, in the manner of a “Nazi Next Door” newspaper feature article. Going back to Mao, the Chinese dictator once said, “Political power begins at the barrel of a gun.” I reckon Cory Wilson has heard this adage, but I wonder how well he really understands it. 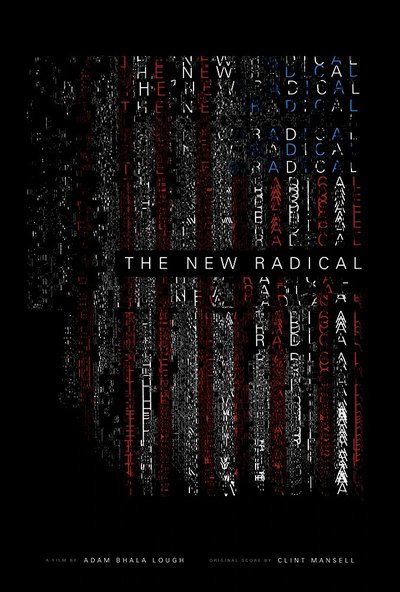